Sometimes help can come out of nowhere and from someone we least expect it. That’s what happened to a little boy who was playing with his friends and accidentally dropped his flip-flop down a small slope. He was about to go to get it, but a kind-hearted duck decided to help the boy and tried to give the child shoes. It didn’t seem difficult when you had a beak. But ducks have small feet and generally are not trained to do this. 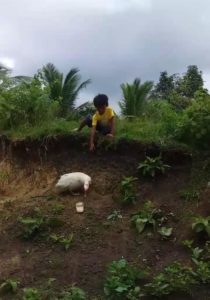 The boy and his friends were very entertained by the duck’s efforts, and they laughed and cheered the bird as it tried to help 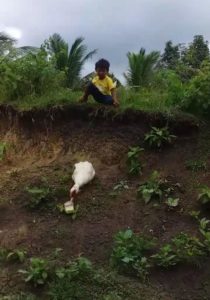 The boy could have jumped down and picked up his shoes himself. But the duck stubbornly tried to hand the boy the flip-flop on his own. 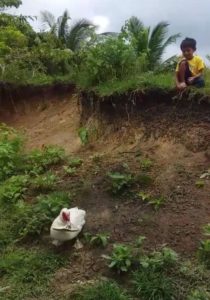 The duck tried very hard. But the first few attempts failed. However, this did not stop the clever bird, and it completed its task. 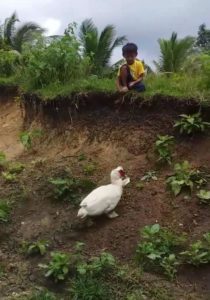