This story has a happy ending. After all, the kitty we found has found a home and a family.

A beautiful cat was found on the playground by my youngest daughter. The cat was very thin, her body was almost translucent. Only the blue eyes stood out, huge, strikingly beautiful shade. The look in those beautiful eyes was very sad. It was immediately clear that the cat needed help. 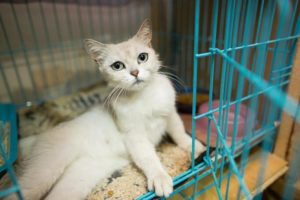 The cat was lying in the sandbox, basking in the sun. At first glance it seemed to me that the cat was still a teenager, it was so tiny. The veterinarian determined her age. He examined the teeth and said that the cat was not less than two or three years old and that the diminutive build was a feature of the breed. We could not leave the cat and continue to live on the playground. After all, there was a pack of stray dogs nearby, which had already caused the cat’s death. 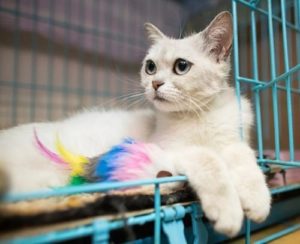 We named the cat Clelia and found a place for her in a private shelter, promising to pay her expenses. The cat was kept there for the duration of the quarantine and until she was given all the necessary vaccinations. 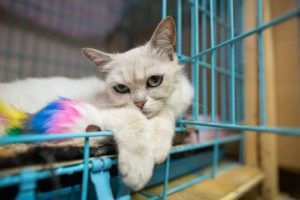 There was clearly a breed in the cat. That is why her heart was examined first, so that the anesthesia during the spaying process would not cause any side effects. 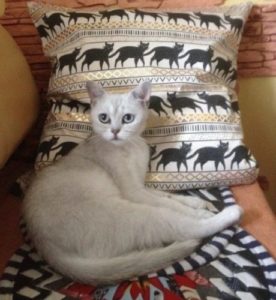 Clelia tolerated all the procedures well. Then we were lucky to find a new home for her quickly. Clelia went to live with our friends who had recently lost a similar British cat who had been considered a family member for many years.

Every time we visit our friends, we are happy that the cat we rescued has become a real beauty, which is pampered and cherished in its new family.