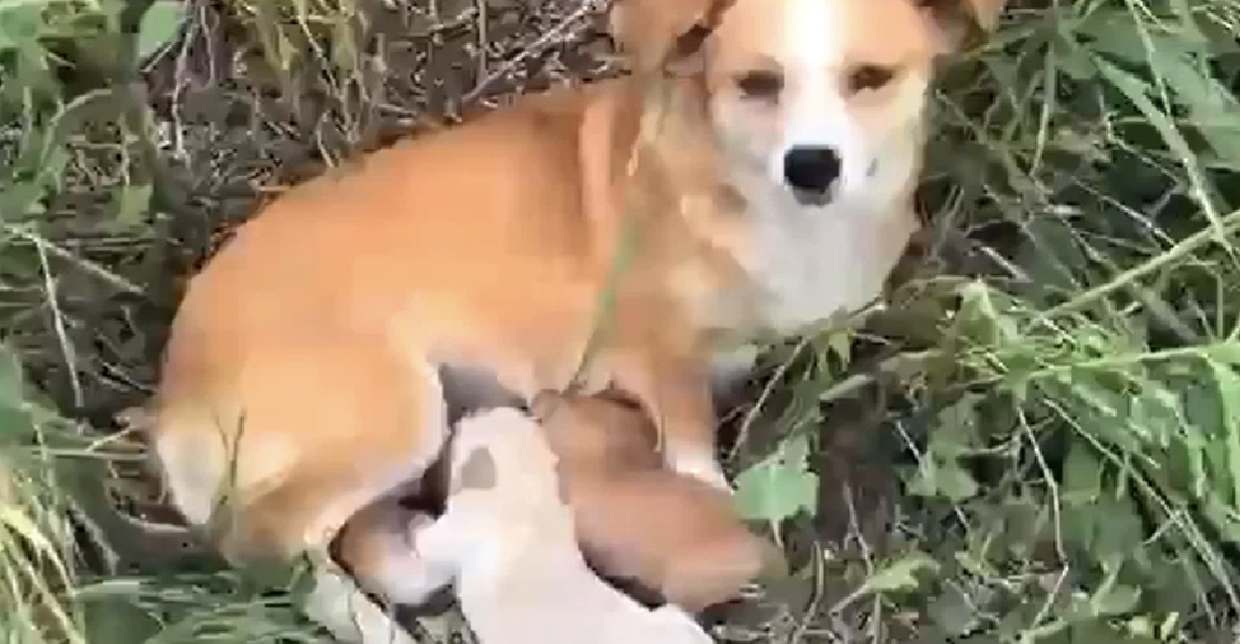 The dog, which was lying in the grass, was very small. Judging by her confused look, she did not understand at all what was happening to her and believed that it was a misunderstanding and soon the owner would take her away. Unfortunately, she was wrong, neither she, nor her puppies, were needed by the owner anymore.

Noticing the dog with the cubs by the road, people wanted to feed and give her water, but she refused the treats. That’s when people called the rescuers. The dog was sad and weak, only occasionally looking up at the road as if he still hoped his owner would be there. 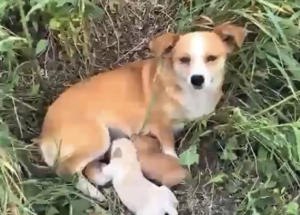 The rescuers feared that the dog would react aggressively to their approach. But when they got there, they realized that the dog’s behavior was understandable.

The rescuers saw a dog in the grass by the roadside, with a baby lying beside it; they could not find the other one anywhere. The animal was not frightened of people, but closely followed them with a look full of tension and sadness. 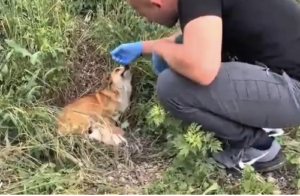 One of the rescuers quickly managed to find common ground with the dog. She accepted food from the man’s hands and even let him hold her baby. The second one hid behind his mother in the tall grass and tried not to be seen by people.

It became clear that this family had been living by the road for more than a day. The dog was very hungry. The dog had barely eaten and then started to feed its young, who were also very hungry. The dog understood that the people would not hurt her, so she fully trusted them, both herself and her babies. 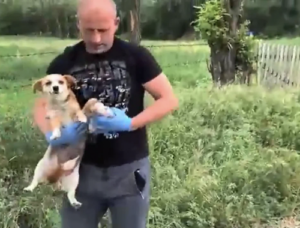 Together with the little ones, the dog was put in the car. The rescuers looked around carefully to make sure they found all the puppies. Their intuition did not let them down. In fact, very soon they found another puppy in the grass. 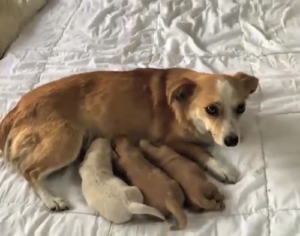 The animals were sent to the shelter, where they were immediately examined by veterinarians. The doctors concluded that the babies had been born only a few days before. Most likely, the owner had left the dog by the roadside as soon as it went into labor or just after the babies were born.