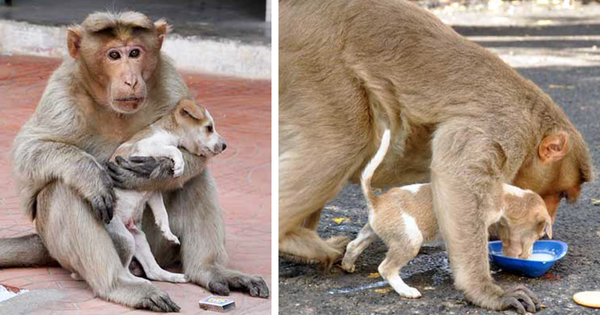 Our world is inhabited by many different animals. But nature provides that all these species do not mix with each other. Usually even friendly contacts between cats and dogs are an exception. Even more rarely, animals of one species take custody of an animal of another species. This happened in one of the cities of India, when a monkey warmed a lonely puppy. 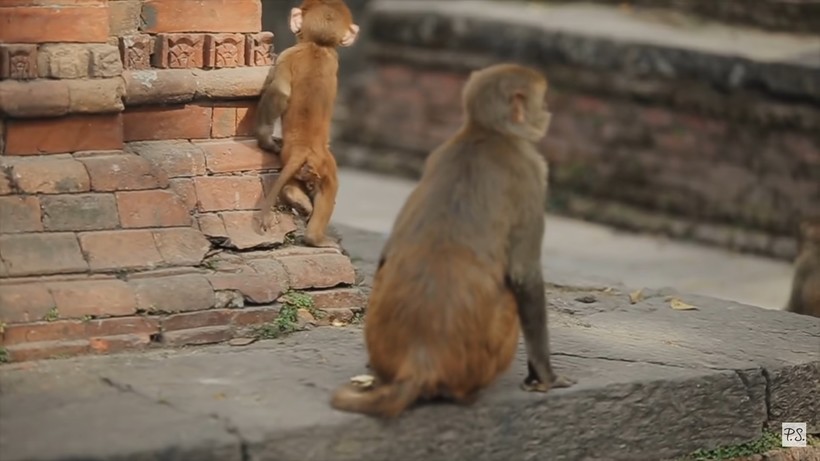 There are many animals roaming the streets of Indian cities. These are mostly stray dogs and monkeys. They see each other as competitors in the struggle for food and territory. Therefore, skirmishes are not excluded between the packs of these animals.

Small puppies left without the protection of their mother suffer the most. They are chased by primates, and adult relatives take away their food. One of these abandoned puppies was wandering the streets of the city. He was weak and thin. The locals threw him food, but he could not stand up for himself, and therefore the big dogs took everything away from him. One day, when people gave something to the baby again and the dogs were ready to take his food, a macaque attacked them with squeals. These primates are most common in India. They live in large groups, differ in average size, long tail and large sharp teeth. Macaques mainly eat fruits and vegetables. But they can also eat eggs and meat to get the right minerals. At first, people thought that the primate wanted to take the food for herself. But the macaque drove away only adult dogs, but not a puppy. A couple of minutes later, when the dogs were gone, she took the baby in her arms and hugged him. At first, the puppy was afraid of the macaque. But, realizing that there was no threat, he began to play with her. The monkey, in turn, began to protect the puppy and feed him. This couple attracted the attention of passers-by, who began to throw them food. The next day, the monkey and the dog were together again, as were the following days. People fed an interesting couple, and the monkey watched the puppy as his own child. Unfortunately, it is not known how the fate of this “family” turned out. But let’s hope they’re doing well. 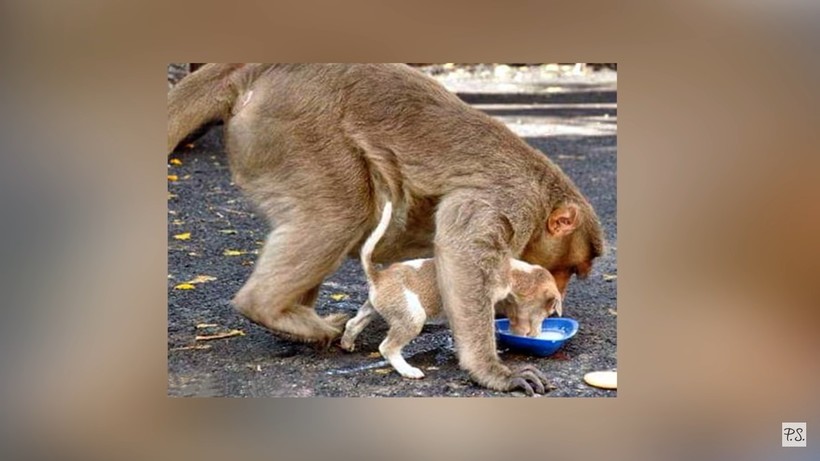