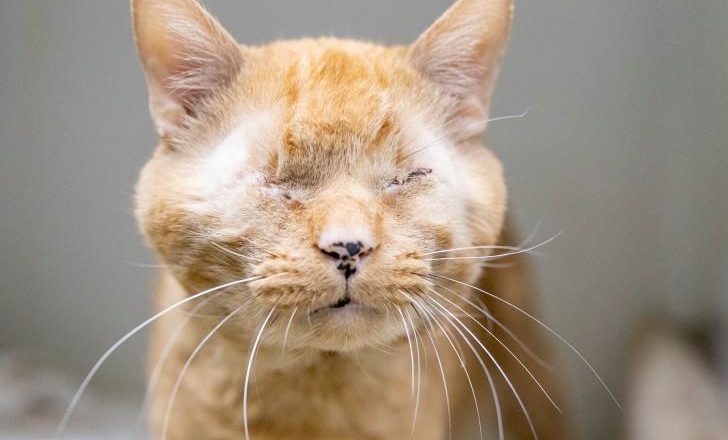 When the owners die earlier than the animals, many of them are helpless, because there may not be a single family member in the family who could take care of them. Therefore, they end up in shelters or sometimes end up on the street.

But this is not the only problem they face. Age and health problems are also a limitation when moving to a new home. 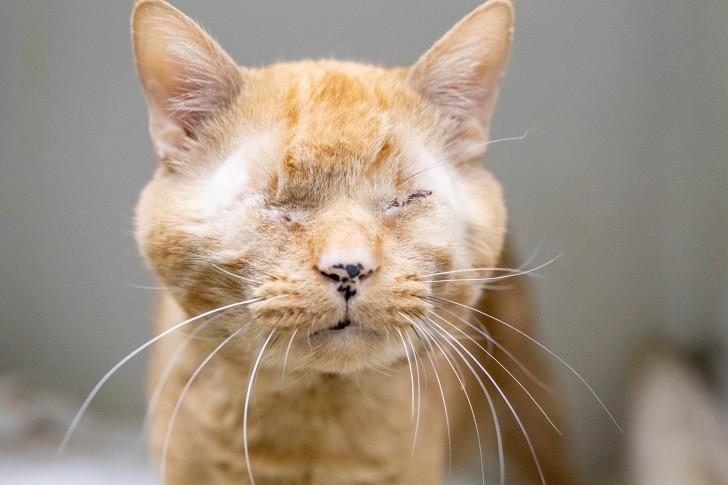 This is the situation faced by Jonathan, a nine-year-old cat who, after the death of his only owner, went to live in a shelter, waiting for someone to adopt him. The cat was blind and, apparently, this complicated everything.

This red striped kitten got into the non-profit organization of the Boston Animal Rescue League in the USA after the death of its owner. Once there, the veterinarians noticed that Jonathan had a severe form of entropion, a condition in which the eyelid bends inward towards the eye. 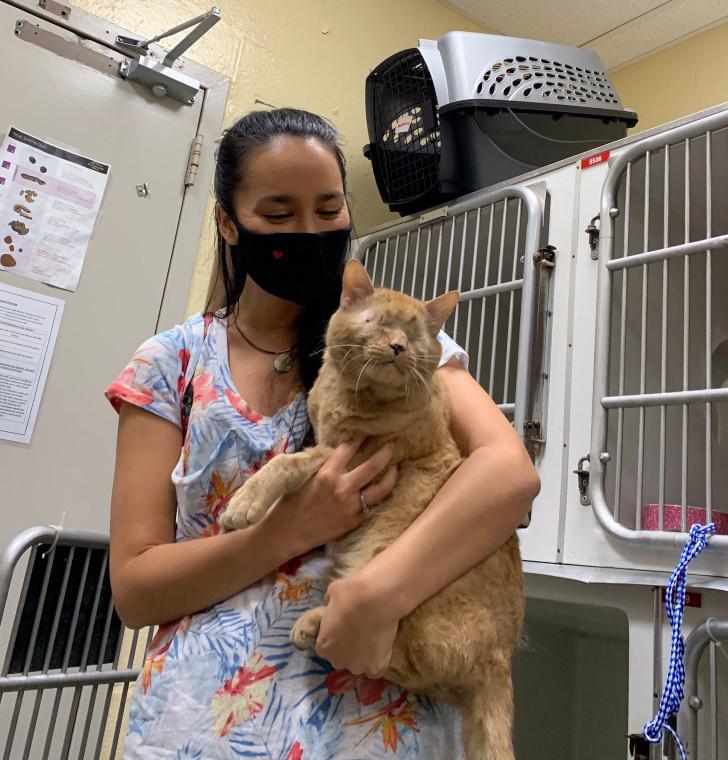 «Imagine as if your eyelashes are on the other side of the eyelid. Every time you blink, it irritates your eyes. So John was pretty uncomfortable,» said Mike DeFina, public relations and media manager for the Boston Animal Rescue League.

He was nervous every time someone tried to touch his head and screamed a lot. 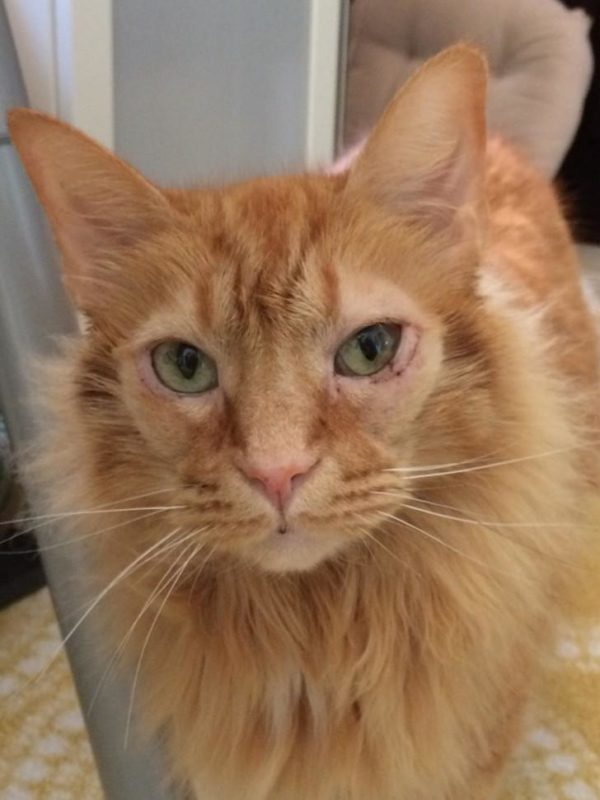 After much deliberation, the team decided that the best way to improve his quality of life was to surgically remove his eyes. The operation and recovery were successful, after the operation his behavior changed.

«It allowed John to really show us who he is,» says DeFina. «At first he was an aggressive cat, but after the operation he no longer meows endlessly and has become more friendly to animals, to our staff and volunteers. He likes to be stroked and caressed on the cheeks. He certainly became much more comfortable. »

«I think he will be a great friend for anyone who gets a chance to take him home. He is very nice,» concluded his current guardian.