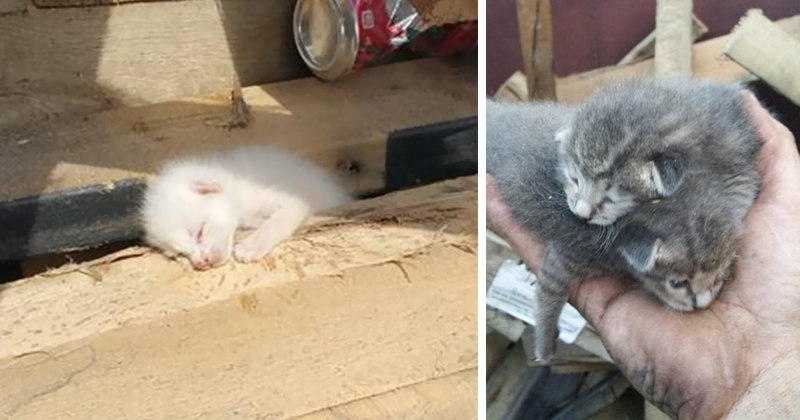 When a Springfield resident named Cliff accidentally heard a faint meow from a large dumpster, he did not pass by. Instead, the man began to dig the kittens out from under a pile of construction debris. 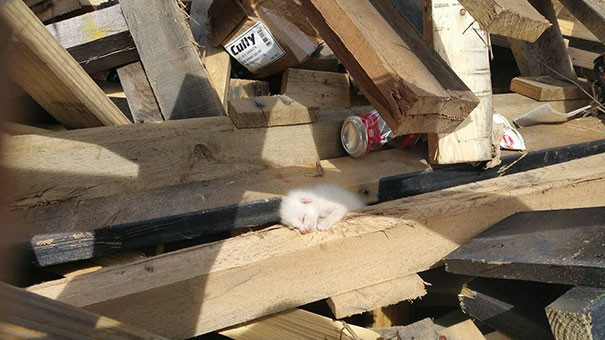 When Cliff heard a cat meowing under a pile of heavy wooden scraps in a large dumpster, he realized that he had to act quickly.

Disassembling the heavy boards, he soon realized that the kitten was not alone there, and set to work with a vengeance. 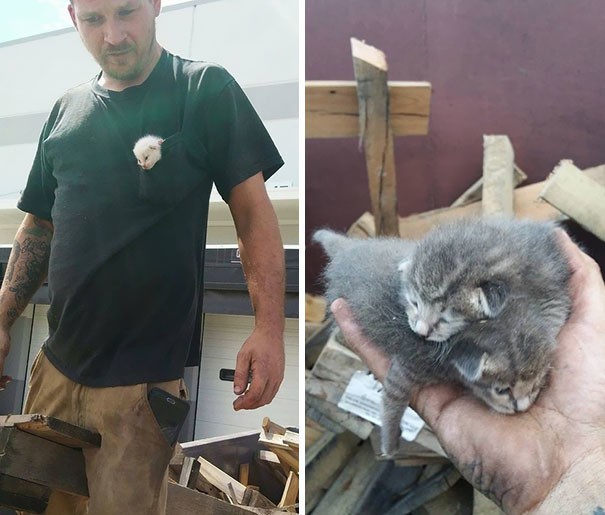 “Someone threw the kittens in a dumpster and piled heavy tree clippings on top,” Cliff recalls.

Nevertheless, the man did not give up, although it took him seven hours to complete the rescue operation.

As a result, Cliff managed to get six kittens out of the container. One of them, alas, did not survive. For that, the others were alive and shouting loudly. 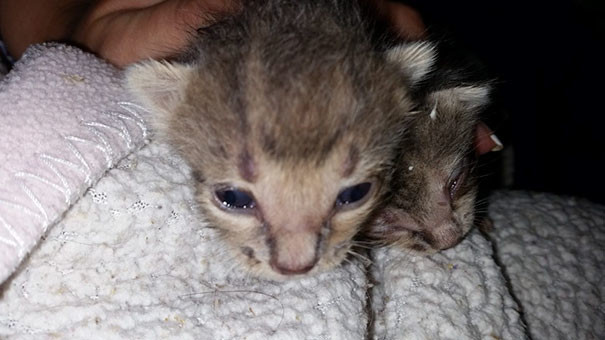 The Springfield charity organization “Caring for Cats” (Watching Over Whiskers’) took care of the kittens.The rescued animals turned out to be very young. Their eyes have just opened. They needed round-the-clock care. 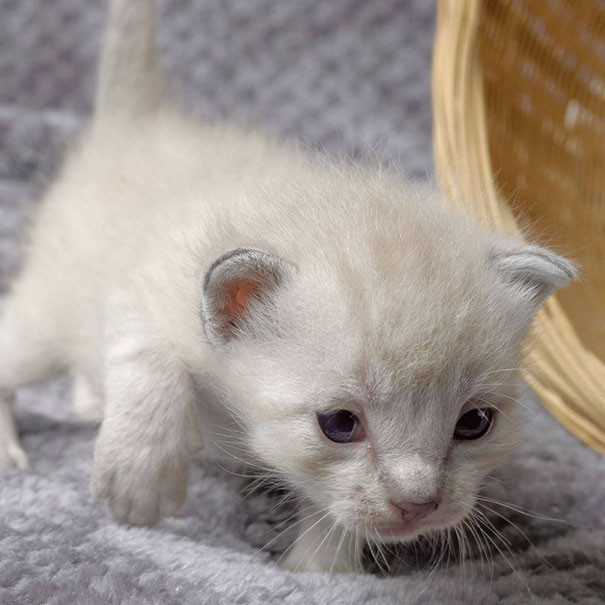 Enthusiasts at the cat shelter provided them with all the conditions. The kids even got a foster mom. It was the cat Roxy, also rescued from the street and living in a shelter. 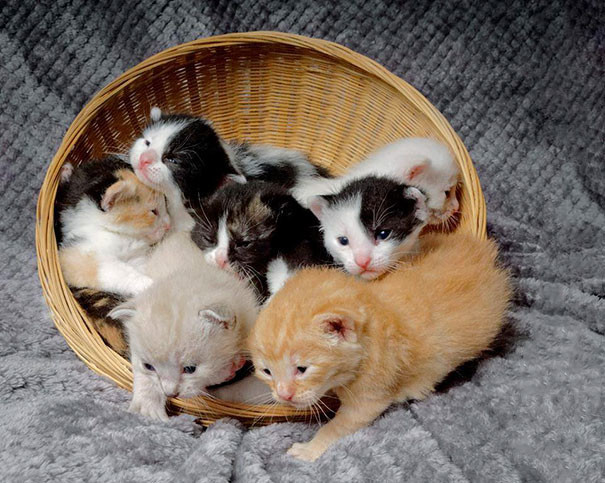