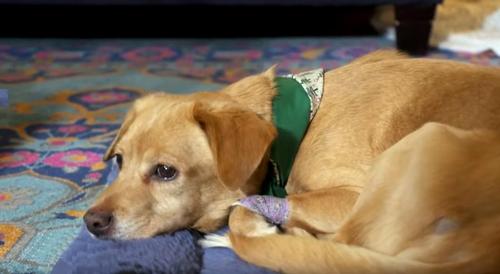 At two o’clock in the morning one Saturday in December, a man named Jack Jokinen woke up and found a dog in his house.

Jack already had a dog named George. And he had never seen a stray dog before. She was shivering from the cold, wet, exhausted and scared. Jack and his wife didn’t understand what had happened. All the doors were closed. So how did the dog get inside?

“The first thing I thought about was that there was someone else in the house,” Jack told Dodo. “So I walked around the house, looking for someone who could be hiding in the pantry or somewhere else. Not finding anyone, I thought, “How could this happen? A magic puppy?”

To solve this mystery, Jack looked at the recordings on the security cameras. As it turned out, he didn’t close the front door when he went to bed. There was a storm at night and the wind opened this door. 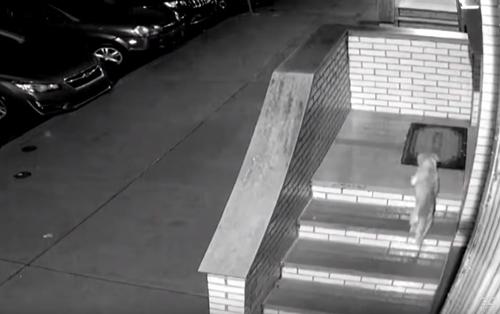 It turned out to be a lot of luck for the poor dog wandering the streets. The dog was dying of hunger and could only move on three paws. She was looking for a dry and warm place to keep warm. And the door that suddenly opened became a salvation. After a short hesitation, the dog entered the house. Less than 20 minutes later, a stranger was passing by and saw an open door. Being a good Samaritan, he closed it. The stray dog turned out to be locked in Jack’s living room. 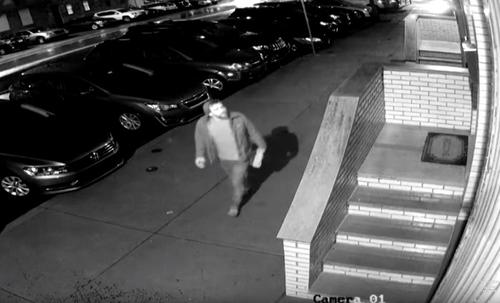 Jack, his wife and their one-month-old baby were not looking for another dog. But since she was already in the house, they decided to leave her. They named her Susie. The family dried the foundling, fed it and gave it a rest.

The next morning they took her to the vet, and there they found out that one of her paws had no pads. Her teeth were damaged, she had fleas, and she also needed medical treatment. She was about 9 years old, and she wasn’t a puppy, as Jack thought. 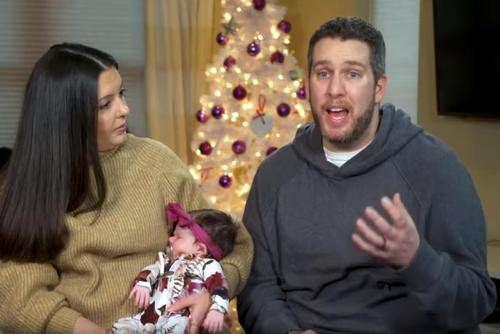 According to the Dodo publication, Jack applied to raise charitable funds to help him with treatment, and, as a result, raised $ 15,000. In any case, he intends to take care of his new friend. Suzy has golden fur and big trusting eyes. She’s a real cutie.

As Jack pointed out, an open door could lead to something worse. He is grateful to the friendly neighbors, as well as the fact that the poor dog had somewhere to go.