A five-year-old boy who went missing was found unharmed thanks to his German Shepherd guardian.

One day, Houston police officers received a report of a young child lost with his dog. 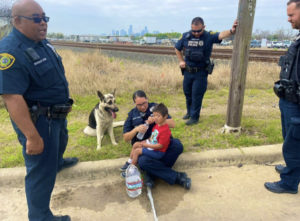 A 5-year-old boy who has Down syndrome was about a half-mile from his home when Department Sgt. Ricardo Salas spotted him. Next to the boy was a German Shepherd who followed him to make sure he was safe.

“We think the dog knew something was wrong. He understood that the child shouldn’t have gone that far, so he followed him. He kept his eyes on the baby.” 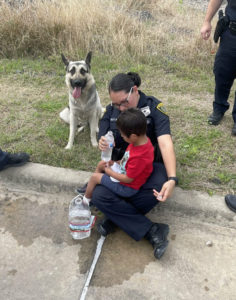 “The dog followed me almost everywhere I went. He didn’t bark, he wasn’t scared,” Salas added.

When Salas put the boy in the car, the dog jumped into the driver’s seat, too. Police found out that the missing boy’s name was Jose. 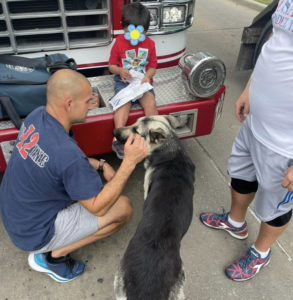 According to the mother, she and her 5-year-old son took a nap together. When the woman woke up, she found that her son had disappeared. Fortunately, everything turned out okay, and the little boy only got a minor scratch.

The family is grateful, but not surprised, that their loyal dog stood up for Jose when he was in danger.