We often hear or read stories about the amazing friendship and devotion of our smaller brothers. That’s the kind of story we want to tell you today.

Meet our hero, a baby elephant named Giotto. When he was only a month old, he fell down a well. At that time, a large family of elephants was looking for a new habitat where there would be plenty of food. So Giotto was left alone. 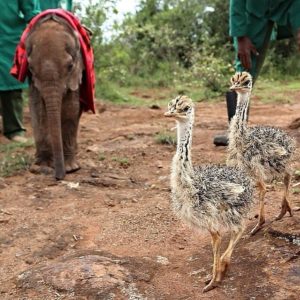 He could have died, but he was lucky. The baby elephant was spotted by local resident David Sheldrick. The rescued baby was sent to the Kenya Animal Shelter, where he was named Giotto. 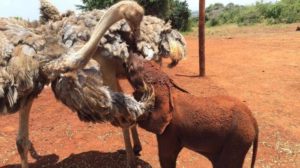 That same day, an ostrich was brought to the orphanage and named Pia. The elephant and the ostrich reached out to each other, as is often the case with foundlings. They became such friends that now they spend all their time together and often cuddle. 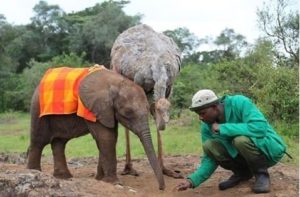 Shelter workers are also surprised by this friendship between the elephant and the ostrich, but they can see that the animals really became very attached to each other. 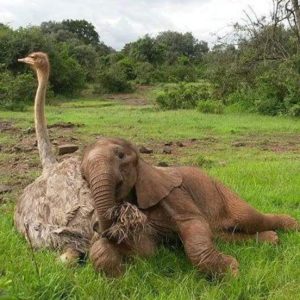 Now the shelter is waiting for the babies to grow up and get stronger before releasing them back into the wild. Although it’s likely that when Giotto and Pia are out on the savannah, they will miss each other.