The dog was old and had spent most of his life wandering the streets. Recently, he found a place where he spent most of his time. Wandering to his hiding place, the dog heard a pop, then he just settled down on the snow-covered road.

The girl called closer to night. It was clear from her voice that she was very excited. The girl asked to help the dog, who suffered from the man, because otherwise he would just die. 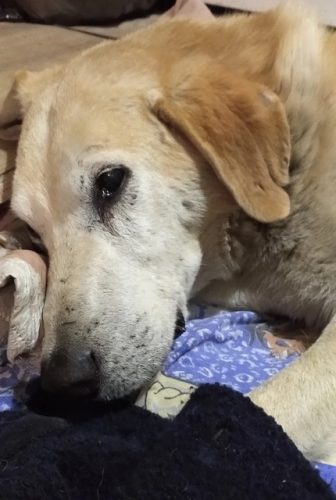 Here’s what the caller told us:
“The dog’s name is Jack and he hasn’t gotten up since the morning. We noticed a wound on his body. It looks like someone shot him and it’s a bullet mark. I don’t understand who he’s bothering so much? The dog appeared in the village not so long ago. He’s thoroughbred. Probably he got lost, although no one was interested in him. The dog is old, maybe he was kicked out of the house… 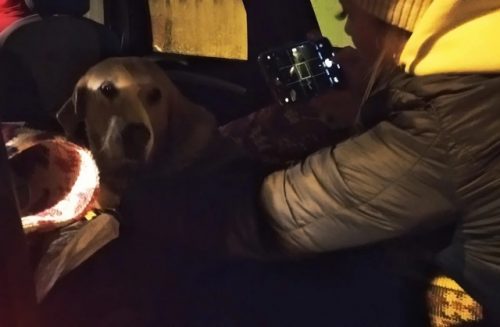 Jack found shelter under the balcony and was walking there in the morning when there was a pop, and then the dog just fell.

My neighbor and I just sheltered him. It’s cold outside. We started looking for someone to help. We don’t have a veterinarian in the village, so we called different clinics nearby. One doctor advised us to give pills to the dog, and the other gave your number. The pills didn’t help much, so we decided to call you before it was too late.” 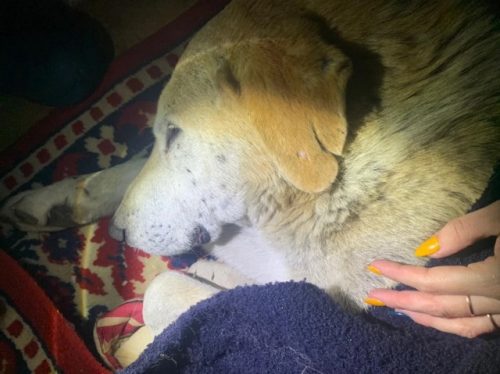 Closer to midnight, the girl and her friend brought Jack. The dog turned out to be a large hound that could no longer stand on its hind legs. What was the reason, the veterinarian told us later.

We got to the doctor only the next morning. Barely glancing at the dog, the veterinarian said that he would need to be in the hospital.The X-ray showed a lot of healed traces from air gun shots, bite marks and a recently fractured hip. The doctors also saw several neoplasms in the picture.

During the examination, Jack behaved apathetically. It was clear that he was very tired of such a life.

While it is necessary to wait for the results of the tests. It depends on them whether the dog will be operated on and whether it will be possible to save him from suffering.