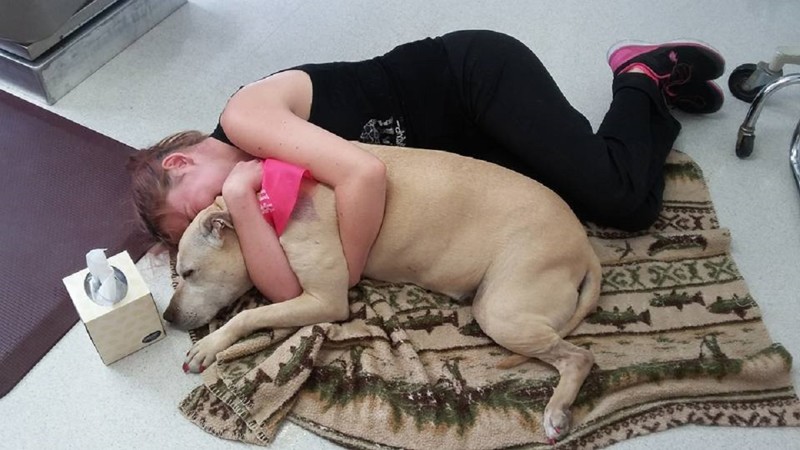 The main character of this story is the dog Hannah. She was 11 years old when her health rapidly began to deteriorate. The animal was tormented by cramps and pains, which
simply prevented her from living normally. Veterinarians prescribed medications to the dog, but they made the animal even worse. Soon the medications stopped having any effect at all. Hannah didn’t even have the strength left to walk. 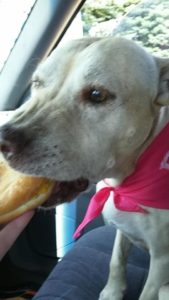 Her owner did everything possible, but there were no means left to heal. The woman could not watch her pet suffer. So she decided to euthanize the dog. But do it after spending the last perfect day with her.

The woman took a lot of photos that described every moment on this last day.

The farewell began with a walk in the car, which Hannah loved so much.

Then they went to the veterinary clinic. There, Hannah relaxed during aromatherapy, and then underwent the necessary procedures.

After that, the woman and her pet went to McDonald’s, where she bought her favorite burgers for Hannah.

They returned home and took a little walk in the yard.

Her friend named Vinnie came to the dog. They frolicked and jumped together. It’s even amazing where Hannah’s strength came from.

After a while, the dog got worse again. She just lay down in the corner of the room and moaned softly.

Her owner at this time decided to get a manicure for her most beautiful girl.

The owner put Hana in the car and took her to the vet for the last time.

The doctor gave an injection, after which Hannah and the owner hugged and lay down together for a while.

The entire hospital staff was crying along with a woman who had lost her beloved animal.