Who better than dog owners to know that four-legged dogs are not only friends of man, but also those little buggers who have an amazing ability to get into various unexpected stories. One such story happened in July in Lamphun, a province in northern Thailand. It was a Saturday morning when Yada Ornsomjit, owner of four French bulldogs, saw her dogs in the morning and must have thought she had gone mad. After all, they were green! 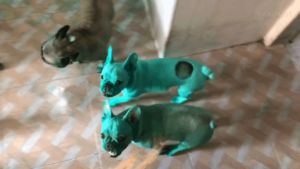 Yada admitted she forgot to lock the kitchen door at night. 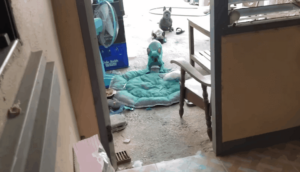 And so these little naughty guys found the green dye and got all dirty. 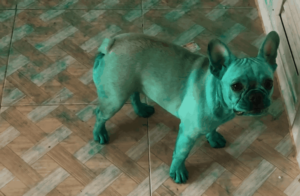 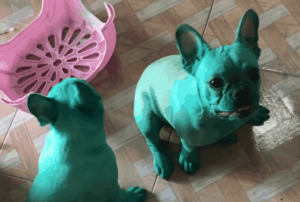 At that, they were cheering, jumping and bouncing, sure nothing was wrong.

The woman said it took her and her husband half a day to wash the dogs three times, but they couldn’t get them completely clean. And the bulldogs didn’t seem to understand what was wrong. The dogs weren’t hurt, a fun story, but with a moral: keep dangerous objects away from pets, just in case.