One day a girl took a puppy from a shelter. The dog had one leg amputated – his hind leg. He was also very emaciated. The dog weighed just over four kilos. But now he’s put on twice as much, eight kilos. The dog had a tag attached to its ear. And in general the dog looked so poor, miserable, that the girl immediately wanted to cuddle, comfort, caress him.

There was a time when the dog lived with his owner. But he passed away, and his family immediately chased the dog away. So he found himself alone and on the street. However, all the time he was hanging around his former home. Of course, the dog was seen by its owner’s family, but they would not take it back. 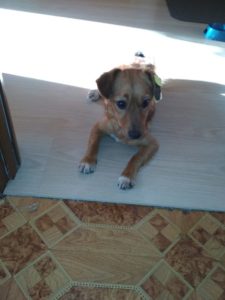 In addition to all the trouble and hardship, the dog hurt his paw on something. A little later, volunteers heard about the stray dog. Two or even three times they sent him to a holding facility. But each time, without explaining the reasons, the dog was brought back to the shelter. 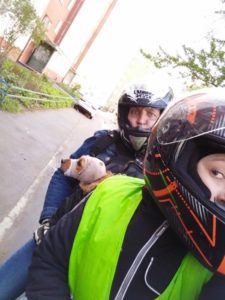 But here’s luck! Max, that was the dog’s name, ended up at Inna’s house. And she immediately understood the reason why the previous owners had thrown him out the door.

It had only been five minutes since Max had been a guest at Inna’s house, but he had already managed to drop all the items on the floor, from the windowsill and from the table. Then he started barking at the parrots. Apparently, he intended to pluck their feathers. At that, Inna began to doubt whether she would be able to cope with such an impudent animal in the house. 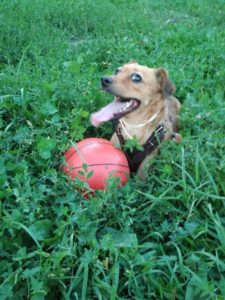 Her husband helped her out. He reacted calmly to everything! He told his wife that he loved the naughty boy from the first minute. The man treated Max very patiently and affectionately.

For example, he bathed the dog himself in the bathtub. He combed him thoroughly and talked to him constantly.

And soon the dog did not attack the parrots anymore and even became attached to the new family. 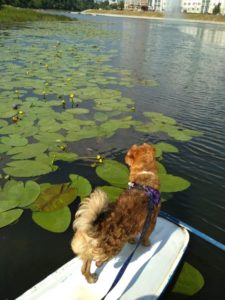 Do you want to know what Max is doing now? He’s probably lying on the couch in Inna’s apartment. And his muzzle radiates great happiness and satisfaction.

It remains to say thank you to Inna and her husband for their great patience and sincere love for the dog. After all, Max is just happy.