Recently, volunteers from the shelter learned about a deaf cat living in one of the courtyards of the city. The cat appeared in the courtyard of the apartment buildings a couple of months ago. And one of the local residents, who feeds street animals, noted that the cat could not hear anything at all. 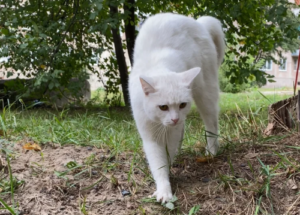 Surviving on the street without care is difficult even for healthy animals, and a deaf animal risks many times more. Already during this time, the cat has risked his life twice because of his peculiarity. The first time he almost got hit by a car, falling asleep on the road and not hearing it approaching. The second, when he faced a dog in the grass without hearing it bark. So far, the animal is lucky. The driver noticed him in time and slowed down, and the dog was surprisingly friendly and just barked a little in an attempt to get acquainted. 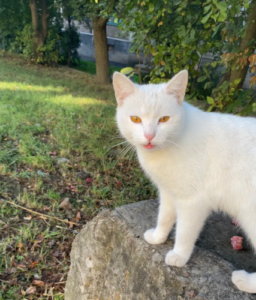 In the past, the cat had a home. This is evidenced by the fact that the owners took care of neutering and the fact that he just managed to survive. After all, a cat with such a defect would not live on the street for long. 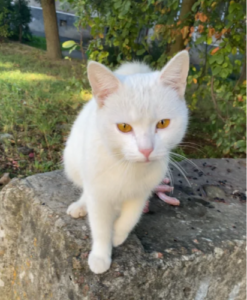 Taking a cat to a shelter is problematic. Street animals must be quarantined in a special cage, and they are all full. But volunteers are looking for every possible solution and every opportunity to send the animal to a safe place.