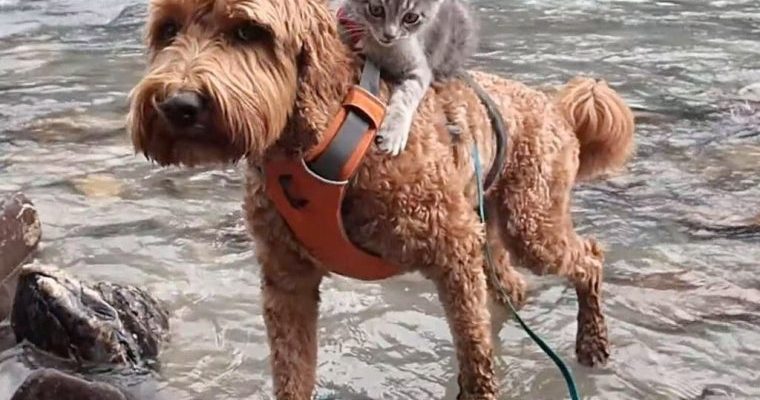 It was an ordinary cold autumn day and the weather was not very good.And neither is the most convenient day for walking with a dog.

Despite the weather, a girl named Arina began to put on her shoes in the hallway to take a walk with her faithful friend. Her pet Cody, sensing that he was going to walk all so happy, sat quietly at the door and waited for his owner from time to time hurrying the girl. 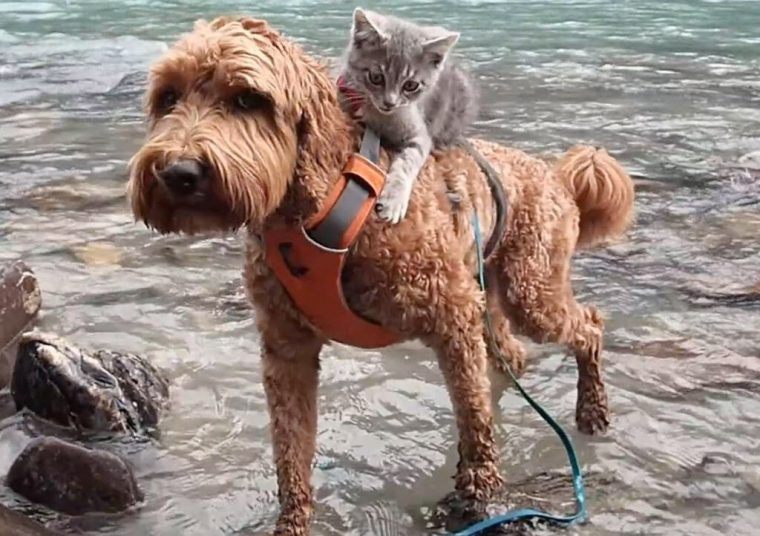 And as soon as they left the entrance, Cody rushed to run as fast as he could.

While Cody was enjoying the fresh air, Arina called her friend to have some fun. It was at this moment that the muzzle of a very tiny baby kitten appeared from behind a tree, who was very scared and shivering from the cold. 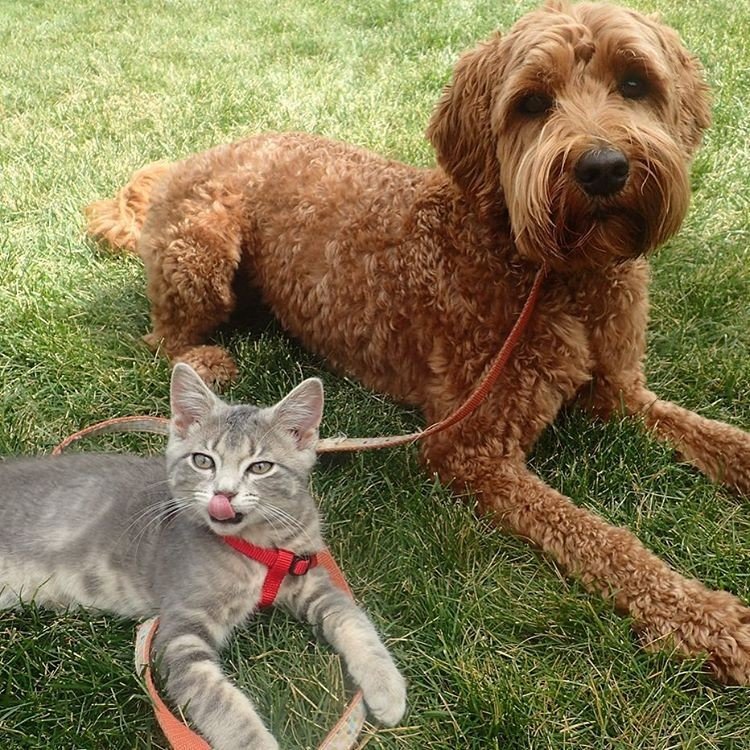 Seeing the friendly dog, the kid immediately ran to the active doggie. The kitten ran so fast and purposefully that even Cody himself was surprised by such courage. The dog began to wag his tail with joy.

The girl didn’t notice anything. Some time later, she looked at the time and realized that it was time to go back. She called her dog and was surprised when she saw that another baby was following him.

She chased the kitten away, but he didn’t even want to listen and notice the girl. Soon she got another call, and she forgot about the kitten. When the kid noticed a huge big puddle, almost like a river, he jumped on the dog’s back. It was very unexpected for Cody. 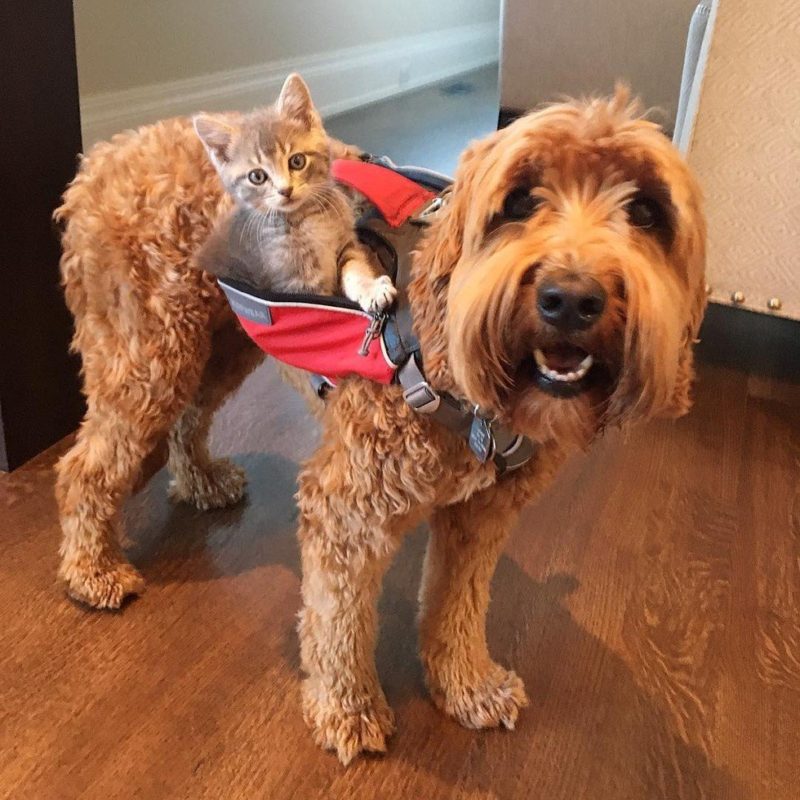 That’s how the strong friendship of the cat and the dog began. The dog on his back brought the baby home. And Arina and her mom couldn’t drive the kitten outside in such a cold.

They fed and washed the baby deliciously, leaving a new friend for themselves.