When the people were moving into their new home they threw out trash and unwanted things. Unfortunately, one of those things was their dog. So they left her outside along with her blanket.

The day after they left, a local resident went for a walk and found the abandoned dog in the neighborhood. It was cold and rainy, and the dog was lying on the blanket and didn’t want to leave it. She still thought she would come back for her and just waited. Neighbors told this sad story, and she tried to help. 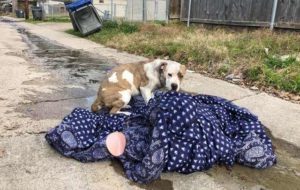 Neighbors told Marina this sad story, and she tried to help. But it wasn’t easy.

Every time Marina approached the blanket, the dog would run away. As soon as the woman backed away, the dog would come back, and that’s how the idea came about. Each time the dog ran away, Marina pulled the quilt closer to her house. Within about an hour, the blanket and the dog were in the backyard, and Marina was able to grab it and carry it to safety. 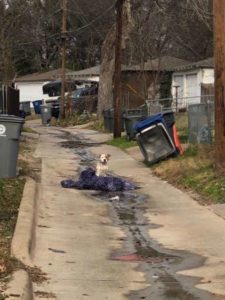 “She lay curled up in a ball. When she was touched, she froze in fear. She wouldn’t make eye contact, would lower her head. Her whole look said: Don’t look at me, don’t touch me, stay away.” 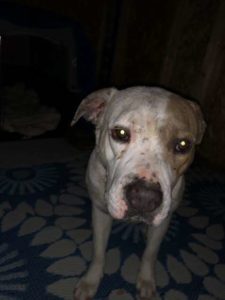 Camille had fresh wounds on her neck and ears, so she was immediately taken to the vet. The dog underwent surgery. And she is on the road to recovery – not only physically, but also emotionally. 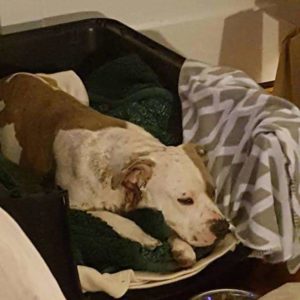 Camille now lives in a shelter where she gets lots of love and attention – and is becoming a completely different dog.