Bear was born before his due date. All the pups in that litter were weakened, and Bear was in the worst health of all. The dog had a beautiful brown hue. The puppy was very reminiscent of a bear cub, which is why he received such a name.
It is no exaggeration to say that we saved this little guy from death. 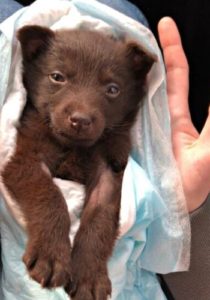 The puppy survived, his health improved, the baby got stronger and matured. During the treatment period Bear lived with an acquaintance of mine. The girl repeatedly emphasized that the baby is very cultured and well-mannered. Bear quickly understood where the diaper was and quickly oriented himself in the apartment.

Lena could not take the doggie away forever. Therefore it was necessary to look for a new home for him. At that moment Bear was two months old. But he looked younger than his age. The thing is that the puppy didn’t weigh much. One day Lena called and said she found owners for the puppy. We were very happy. 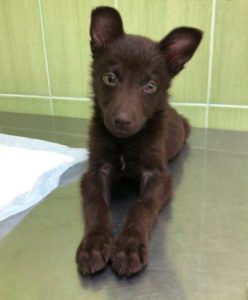 However, a little confused by the fact that the new owner asked who would pay for vaccinations, us or her. Of course, we were not against helping our foster dog, but the question itself was a little confusing.

It seems like a small thing, but my intuition told me that Bear was in the wrong hands. Most likely I would not have given him to this woman at all. One day I called her to find out how our ward was doing, and she answered:

“Everything is fine. My child is happy, and that’s the most important thing.” 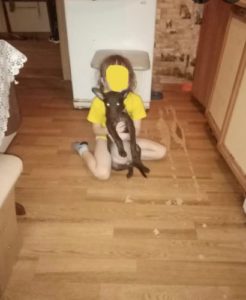 I don’t think that’s the main thing at all. An animal is not a toy. It should be taken care of by an adult, not a child. Only an adult can fully take care of a pet. However, the woman assured us that there was no reason to worry and assured us that they were doing well. She even sent us photo reports of Misha. In the pictures he looked fine. Three months passed. Suddenly Lena receives a call from that woman demanding to take Bear back. 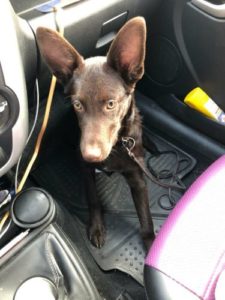 We did not understand why the dog was returned. The woman put forward one version and another. At first she said that the landlady had forbidden it, and then she said that the dog had chewed up all the furniture in the house and she had run out of patience. 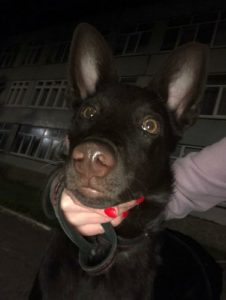 They just put Bear out on the street, even though they knew that there was no place to keep him right now. The dog was never vaccinated, even though I said that I agreed to pay for it. 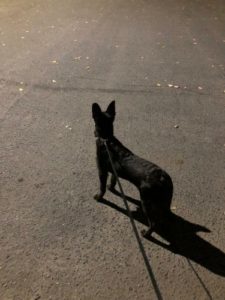 That’s how our Bear was left homeless. I do not understand why he is in disgrace. The dog is accustomed to the toilet, does not shit indoors, behaves politely. Apparently the pet was just not nice to the child of the owner, because they originally perceived him as a toy.