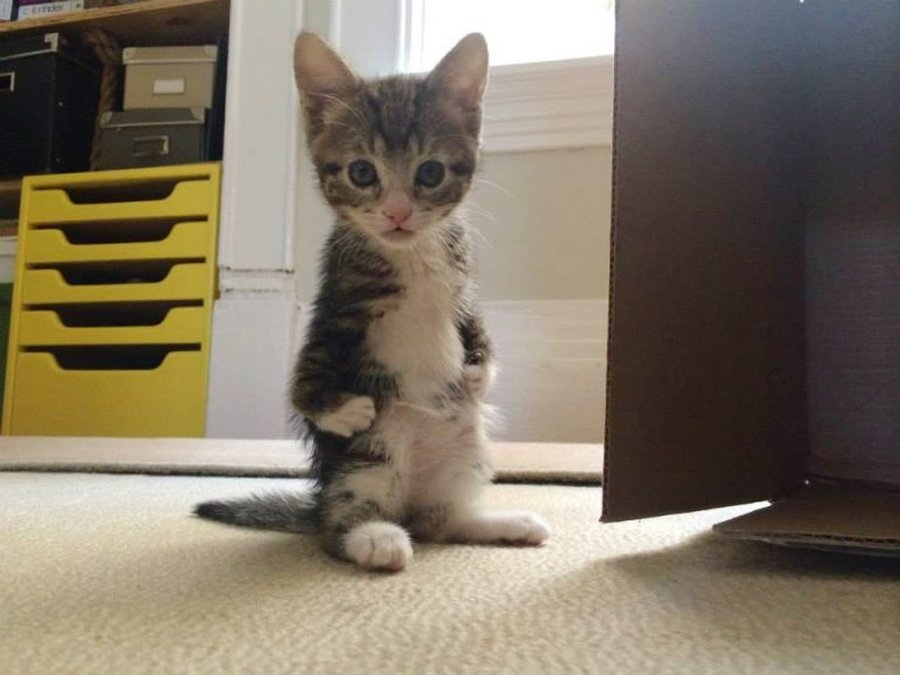 This kitten turned out to have a birth defect. Her front paws were too weak to carry loads, even the weight of the kitten itself. The owners decided to put the baby to sleep and took her to the clinic. But fortunately for little Kanga, she got an employee there who, instead of preparing the animal for euthanasia, simply took it from its former owners.

A woman contacted a shelter for such special animals. So Kanga moved to a special center, which took care of the arrangement of her fate.

After the examination, the diagnosis was confirmed – it is impossible to cure Kanga. But with such a diagnosis, she can lead a full life with certain care.

Employees of the center posted a video about Kanga on social networks. So Joyce found out about the kitten, who just fell in love with the kitten. The woman consulted with her family and decided to “adopt” her. She, however, had to wait a few weeks until the kitten grew up and got stronger. And soon Kanga found a new home and new owners.

Now Kanga has friends. Two cats already lived in the house, who very warmly welcomed the newcomer, began to take care of her.

Kanga grew quickly and turned into a beauty.

When kittens appeared in the house, Kanga took care of them like a mother. And when Joyce brought another kitten with the same problem as Kanga, the cat began to spend all the time with him and take touching care. So a lucky chance completely changed the fate of one little cat, who found a happy life despite its unhappy beginning.