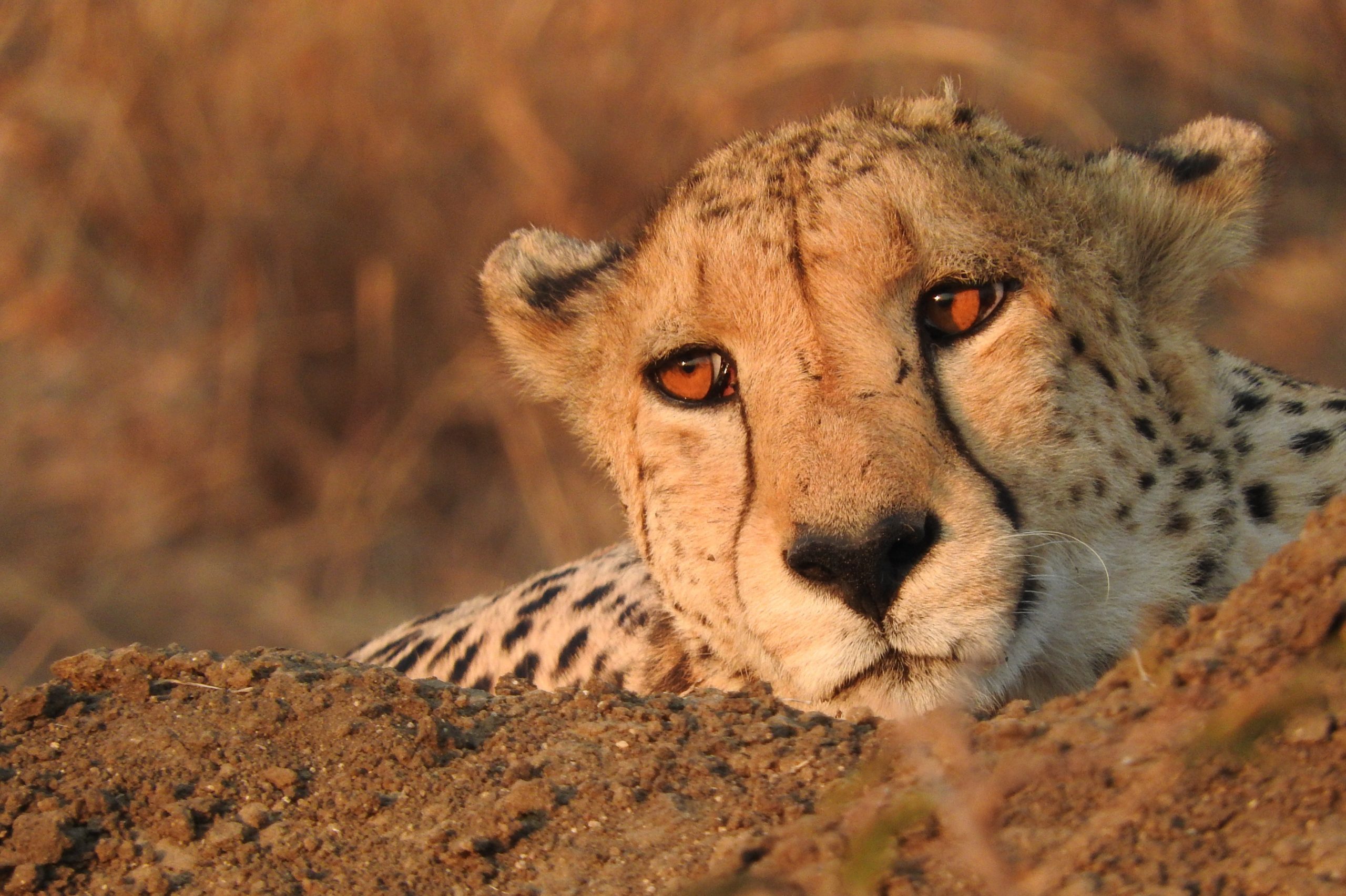 The cheetah caught the man by surprise. And how can he resist the power of a powerful predator who suddenly wanted hugs?

Sasan Amir, a 27-year-old photographer and filmmaker from Germany– is a frequent visitor to the African savannah. There he takes wonderful pictures and videos with representatives of the local fauna. Predators occupy a special place in his portfolio. Recently, Amir went to South Africa again, where a very unusual story happened to him. 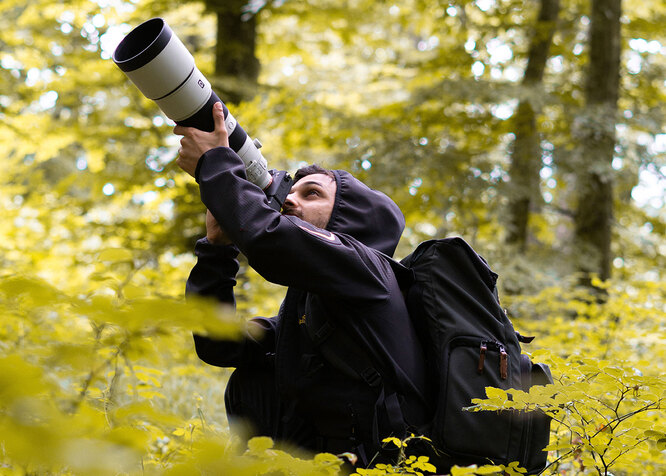 Sasan was sitting in an “ambush”, from where he was watching savannah in search of good shots, when he suddenly saw a wild cheetah heading towards him. The photographer got scared and began to slowly rise, showing the beast that he was aware of his approach and ready to defend himself. The cheetah stopped and decided for a while what to do next. But curiosity got the better of caution, and he moved back to the Carp. Coming up close, the cheetah sniffed the photographer, and then rubbed his head against him – like he says, you’re mine now — and sat down next to him.

“I saw that he wanted to talk. He even started purring like a cat,” Sasan describes what he saw. 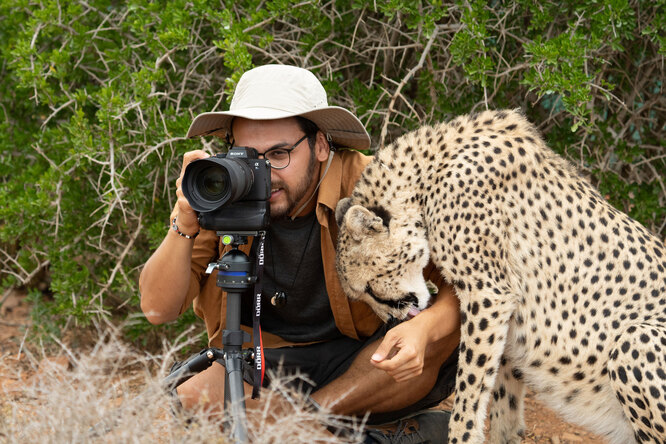 It took Amir a few minutes to realize what an incredible story had happened to him. What a lucky man he turned out to be, having the opportunity to communicate with a wild beast at arm’s length! And at the same time, the cheetah was absolutely relaxed and did not show any aggression. He even licked Amir several times, showing his location.

“I visited this reserve several times and saw that one of the cheetahs is disposed to contact people, but I did not think that I would be lucky enough to meet him,” says Amir. 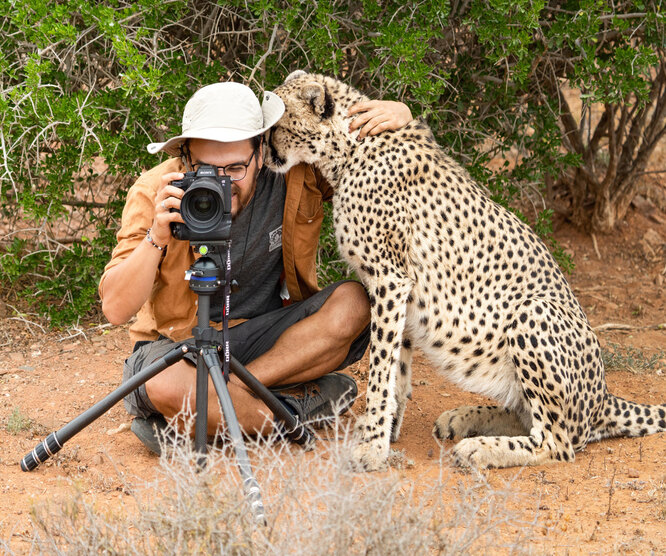 Fortunately, the camera was nearby, and the photographer managed to get unique shots of interaction with a wild predator. On this day, the cheetah even allowed himself to be petted and hugged – and Sasan got a rare opportunity to touch the world of wildlife without any consequences for life and health.

Sasan Amir first discovered his interest in photography at the age of 14. More than a decade has passed in teaching this art and honing skills. Now Amir has decided to move on. He receives an education in the field of environmental protection and simultaneously works as a portrait photographer and film director, specializing in wildlife photography.