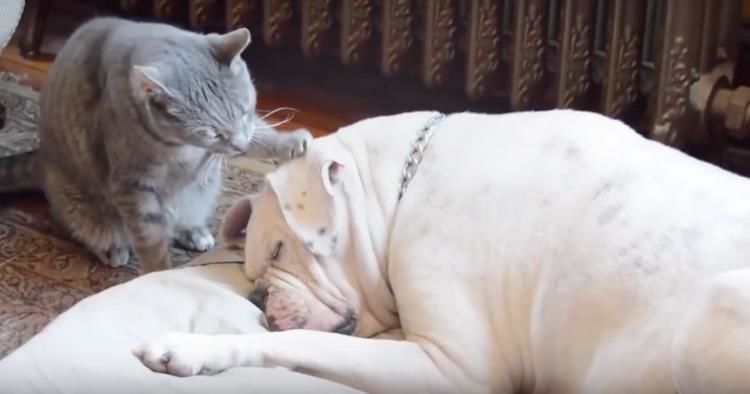 A cat and a dog live like a cat and a dog, if the circumstances force them to do so. We have plenty of examples where the relationship between pets is built on a completely different basis, not competition or enmity, but something more. Respect, for example – watch the video and you’ll see.

This cat wanted to play with his dog friend. But he was asleep. Well, politely wake him up!

Either the difference in age is great, or the dog is too tired, but he does not want to wake up. The cat changes tactics… 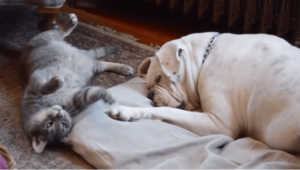 And still nothing comes out! Well, thinks the cat, not so much wanted to play. The main thing is to be near a friend! 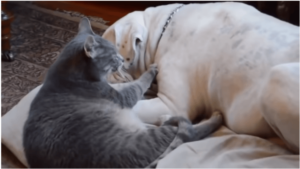 The cat never crossed the line beyond which real terror begins, nor did he disturb his friend. Just politely tried to get his way, and then changed the rules of the game and won!