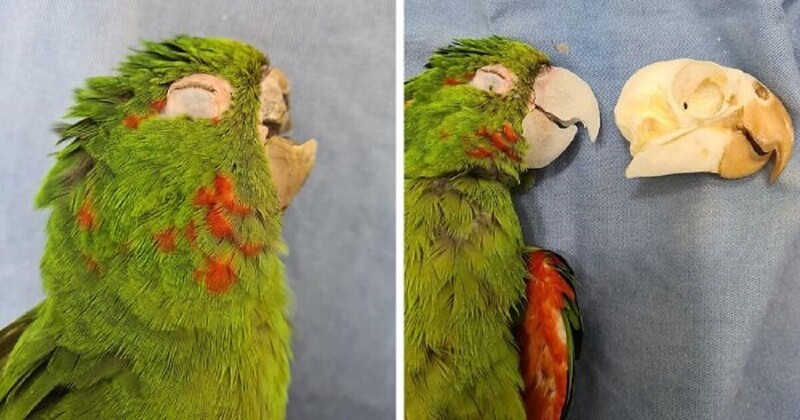 The parrot was found in Brazil by animal advocates. He seemed doomed. But the vets gave him a new beak. They performed a miracle, giving the bird a new life. 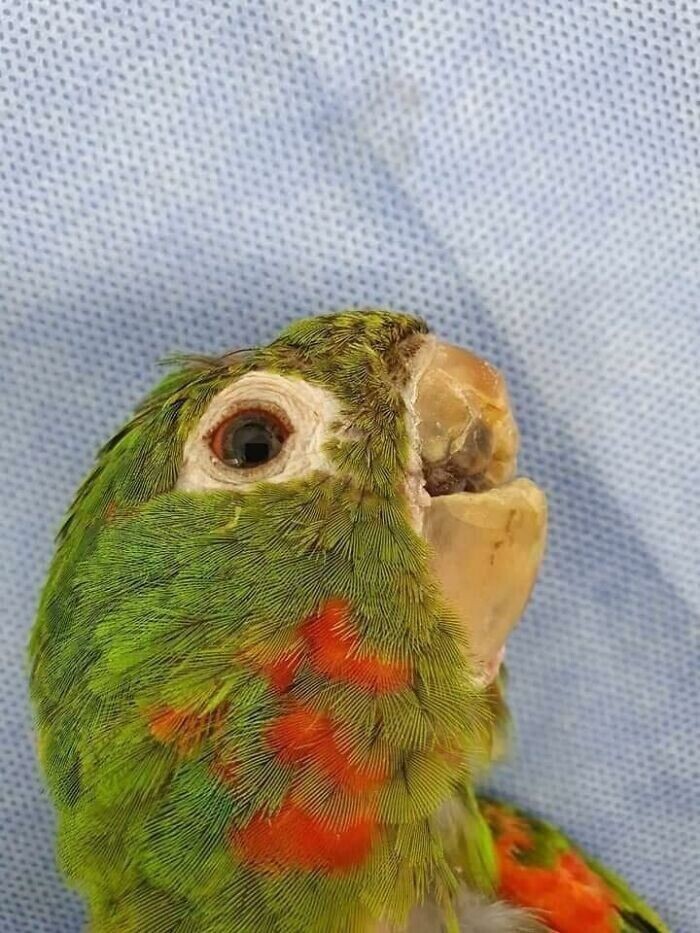 In the Brazilian municipality of Planura, animal lovers caught a parrot whose beak was badly damaged and practically absent. The beak is a critical organ for a parrot. After all, with its help, birds feed, move, and defend themselves. It seemed that the bird was doomed to perish. But people still decided to try to help her.

The crippled parrot was taken to the Animal Rehabilitation Center “Renascer ACN” in the municipality of Planura.

The veterinarian of the Rehabilitation Center Maria Angela Pani Marcio is one of the best veterinary orthopedists in the country. She decided to try to make a prosthetic beak for the injured parrot. 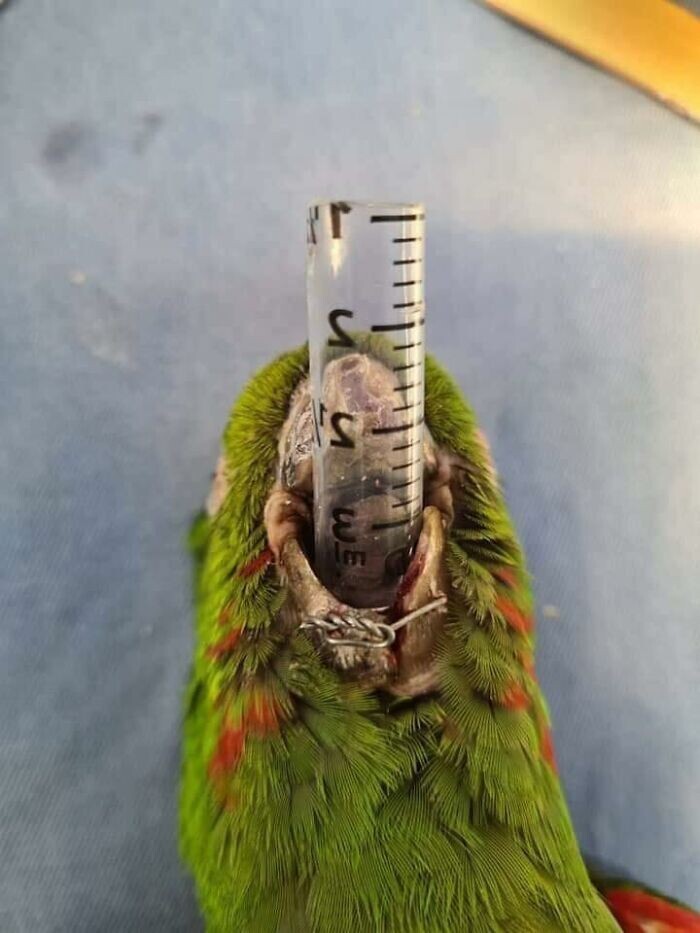 It was decided to make a prosthetic beak for the parrot. The task was difficult. The prosthesis had to not only look good, but also function like a real beak.

The bird was accurately measured and the remains of the beak were prepared for prosthetics.

The prosthesis was made of synthetic vinyl polymer – polymethylmethacrylate. 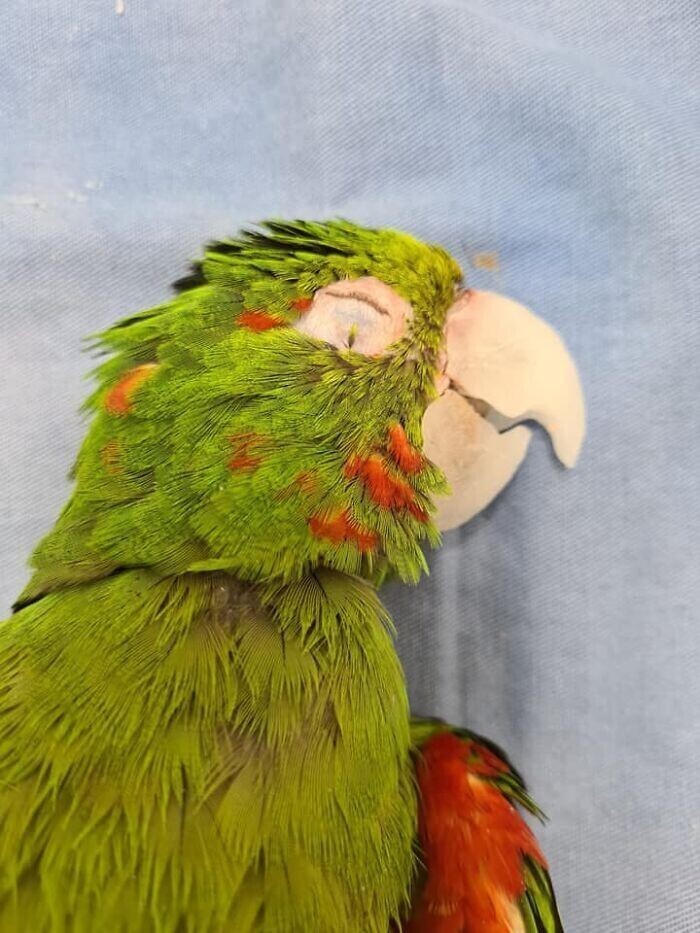 As a result, the prosthesis turned out to be as strong as the native beak of a bird. It is almost impossible to break it.

The operation was successful! In shape and thickness, the new beak is no different from the natural one.The patient recovered safely after the operation. 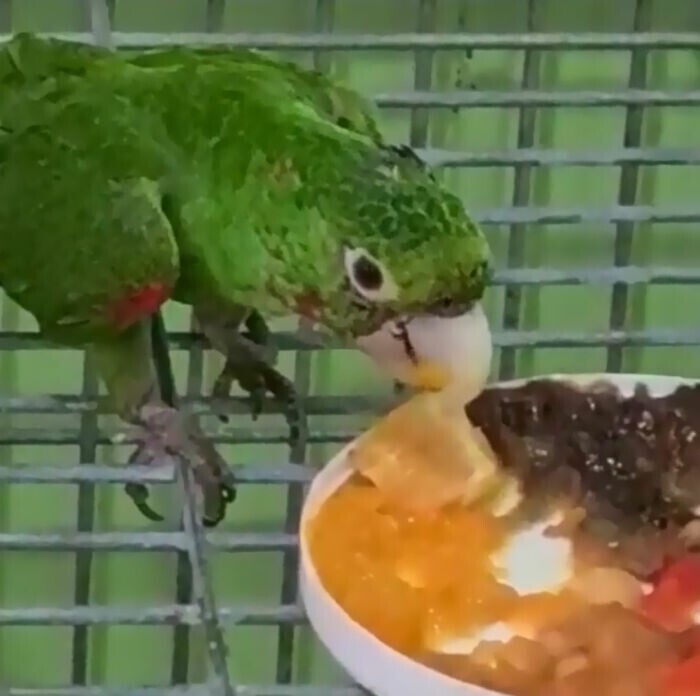 Now the patient leads a normal lifestyle for birds.

Veterinarians decided not to risk and not to release the bird to freedom. In their opinion, it will be safer for him to live under the supervision of people. This is the first beak prosthetics experience in Brazil. So the veterinarians preferred to keep the bird under control.