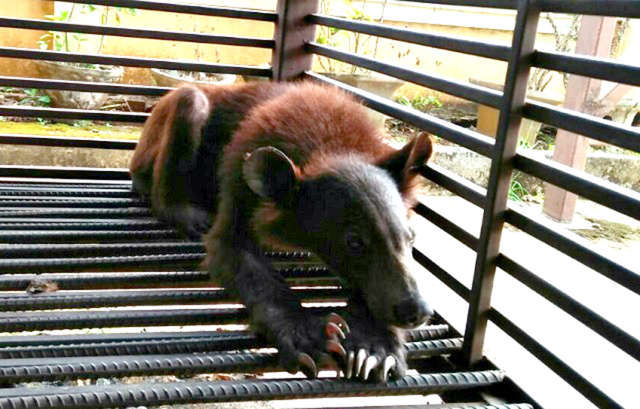 Ant and Kam bear cubs look happy today. But a year ago, the kids were so weak that they could not lift their heads.

The animals were trapped in a tiny cage at a construction site in Laos. The cubs have spent their entire lives behind bars as pets. They were so skinny that they seemed about to collapse without strength. Thin, reddish-brown fur hung loosely from their bodies. 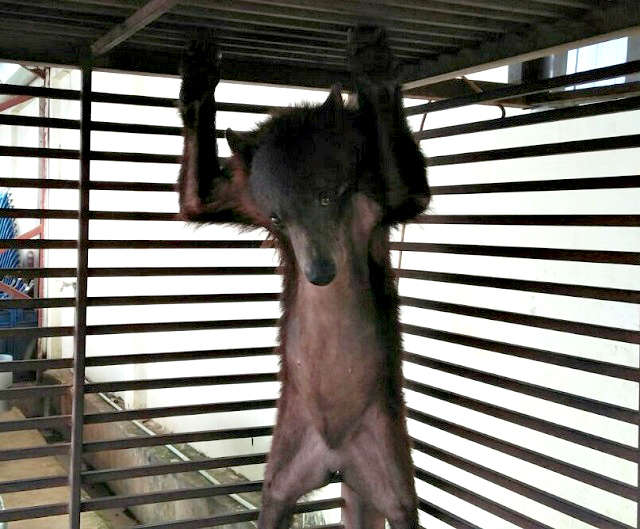 Ant and Kam are brother and sister. They went through a lot, not knowing that they were about to be rescued. In February last year, animal defenders took up bears.Rescuers found out that the kids were fed only bananas.

That’s why they were skinny, sluggish and small for their age. The cubs looked like nine-month-old cubs, although they were already about three years old.

The animals struggled for life with the last of their strength, feeling that their end was near. Fortunately, the rescuers changed everything abruptly! 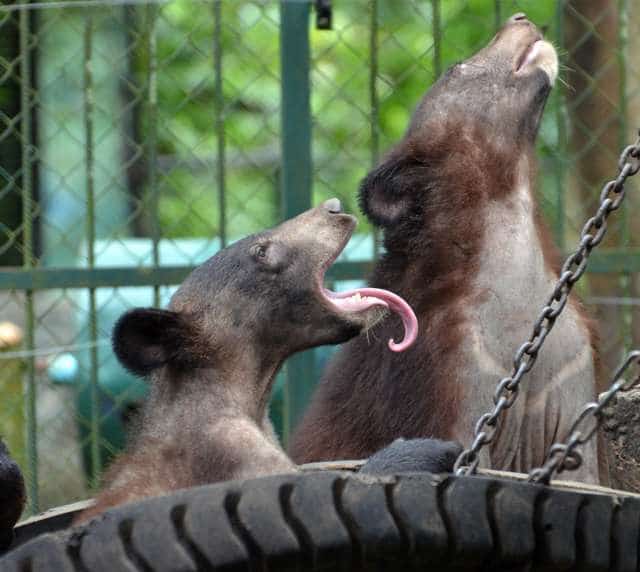 The cubs were taken from their owners and brought to the rescue center. Once in the quarantine ward and having had a hearty meal for the first time in their lives, the animals perked up. They had never been able to move freely before, and seemed afraid to take even a step.

After a few days in comfortable conditions, the cubs became stronger and felt better.

Along with their weight and muscle mass, the bears gained self-confidence. They even met a two-year-old lion cub and soon became friends. 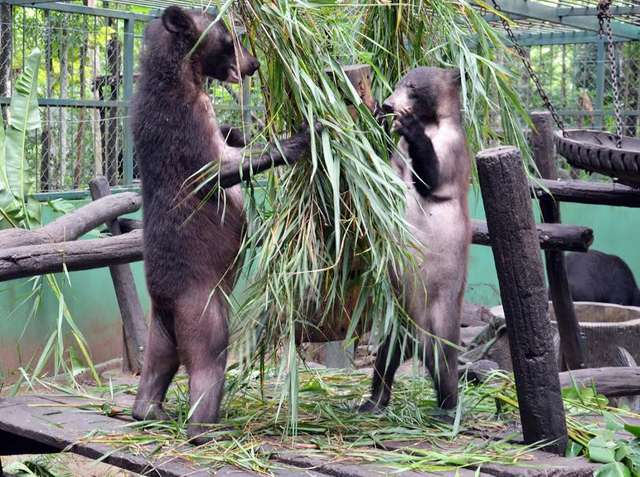 Brother and sister enjoyed exploring the world and learning new things. Although they will most likely never grow as big as their peers, they are gradually turning into real bears. Their fur is slowly thickening. But only after some time it will become clear whether they will be able to fully recover. 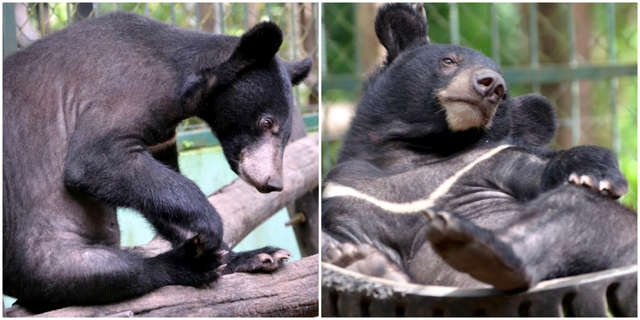 Almost a year has passed since the rescue. Ant and Kam have changed beyond recognition, and soon they will be moved to an even more spacious forest house.