In the morning, the residents of the high-rise were rushing about their business, not noticing that a snow-white cat was rushing along the road. Not long ago it lived with people, and now it was in an unfamiliar and hostile street. The cat did not recognize the smells, people and buildings around, and it could not hear anything. 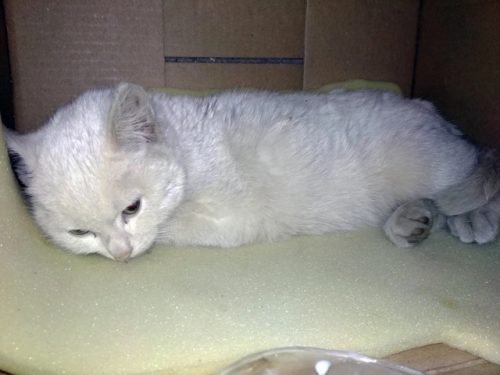 The cat rushed around the yard, not knowing where to hide from the cold and its fears. But suddenly it felt a blow. The pain was unbearable, it did not allow the animal to get back up on its paws. Now the cat could only crawl on the cold asphalt, trying to hide from people running past it with an indifferent expression. 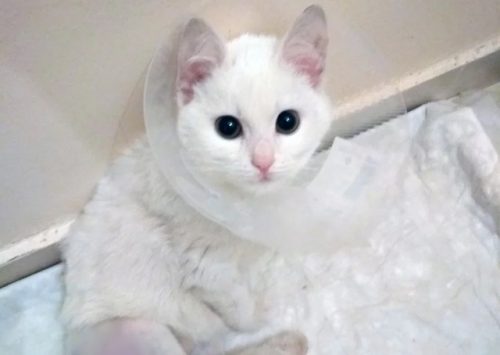 The cat was crawling through the pain when he felt someone’s hands on him. Someone was trying to keep the baby warm. Then he was in the car and drove for a long time. When the car stopped, the cat was carried into an unfamiliar room, where he was being examined and groped by people in blue clothing, and a new, unfamiliar animal smell wafted around. 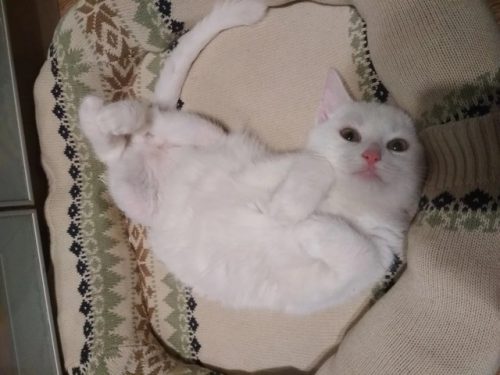 The only thing that remained unchanged was the silence around him. So the green-eyed little cat had only to turn his head in all directions, trying to understand what was going on. 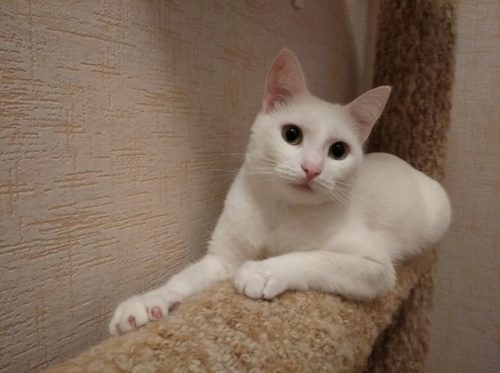 Whether the cat was lost or thrown out of the house is unknown. But a deaf animal that can’t hear cars or dogs approaching has almost no chance of surviving on the street. The cat got under the wheels as soon as it was in the yard of the house. 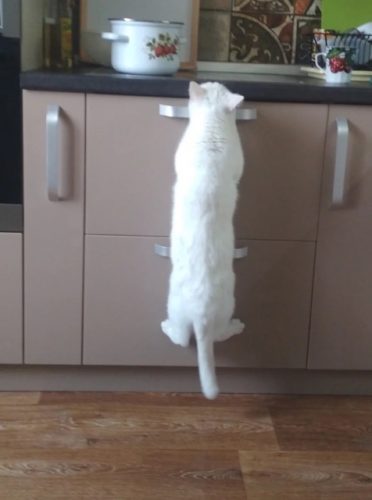 In spite of the hardships he had endured, luck smiled on the cat. A girl like the others, who was rushing about her business, noticed the baby on the pavement. She couldn’t leave it on the road. Instead, she picked it up and took it to the doctor. 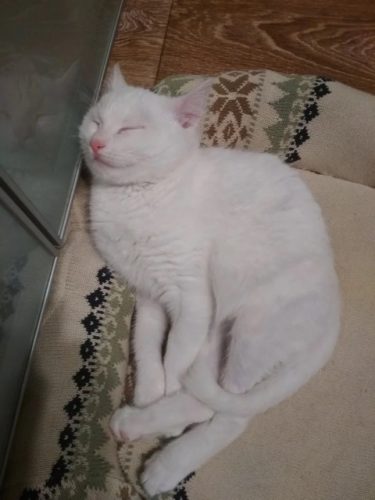 Veterinarians diagnosed a fracture in his hind legs, and volunteers helped with money for treatment. For a long time, the cat needed the care of doctors and had to learn to walk again. But in the end, everything ended well and now the baby lives happily in the home of its rescuer.