A Sphinx cat was brought to the city veterinary hospital for euthanasia.

The kitty is sterilized, she is only 8 years old. The reason for this decision is that the owners could not accustom her to the tray. Also, they think that the cat is aggressive.

Interestingly, it turns out that they lived with the cat for eight years and did not complain, and then decided to get rid of it. They didn’t think about the fact that the animal is just sick. Why treat if they can just put the cat to sleep and not burden themselves with unnecessary troubles. 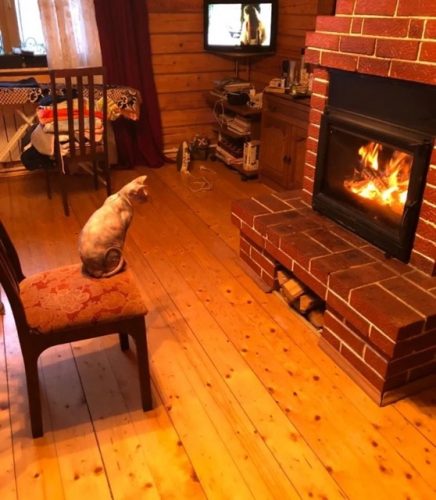 After talking with the owners, it became clear that the cat was showing aggression towards children. Probably, the children are just torturing the animal, and the owners do not intercede. The kitty has to defend herself in every possible way.

Why do they need to educate their children?After all, putting a cat to sleep is much easier.

A week later, a woman responded. She wanted to take the cat to her. The woman already had a cat of this breed. 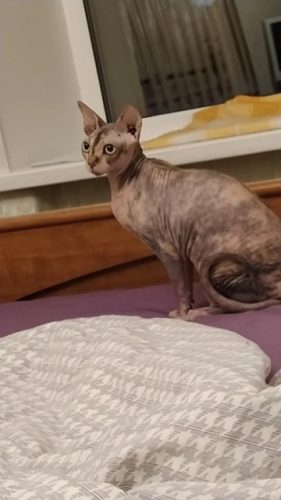 When the owners found out about it, they asked the question: “Will the new owner throw their cat out on the street?” Well, yes, in their opinion it is better to put her to sleep.

The cat was moved to a new owner. At first, she experienced terrible stress due to the change of environment. The new owner even poured anti-stress drops into her food. Soon the cat’s condition improved.

The cat has an aggressive reaction. When a human hand sweeps over her to remove the dishes or just pat her, the kitty bounces off. She was definitely beaten earlier.

Now the cat rarely hisses and is aggressive. Recently, she even came to spend the night in bed with her owner. 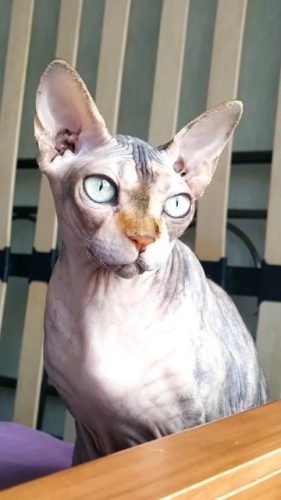 A couple of weeks later, the owner wrote:

“Mila still growls a little and sometimes behaves aggressively, but she gradually gets used to it.

Soon the owner will have a new test. She has to bathe Mila. The cat is very dirty and unkempt. We believe that everything will be fine, because love and care can melt any heart.