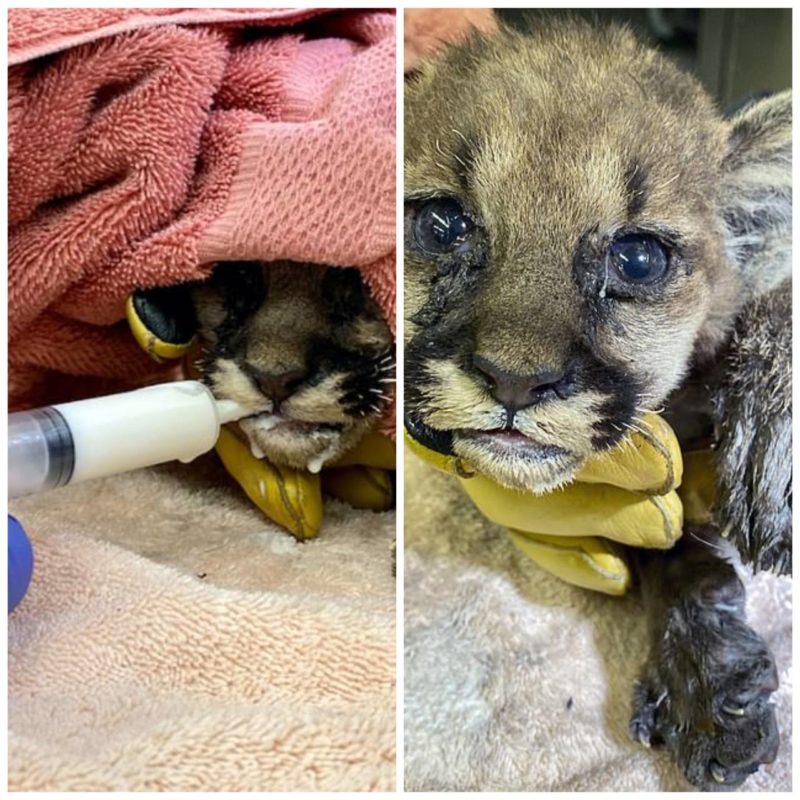 On October 1, the Shasta County Sheriff brought a crying lion cub to the Oakland Zoo that miraculously survived the fire. Because of the fire, his mother died and the baby himself was seriously injured, but the firefighters managed to save him.

And they handed him over to the zoo, where over the past two years, zoo veterinarians have already rescued thirteen mountain lions. 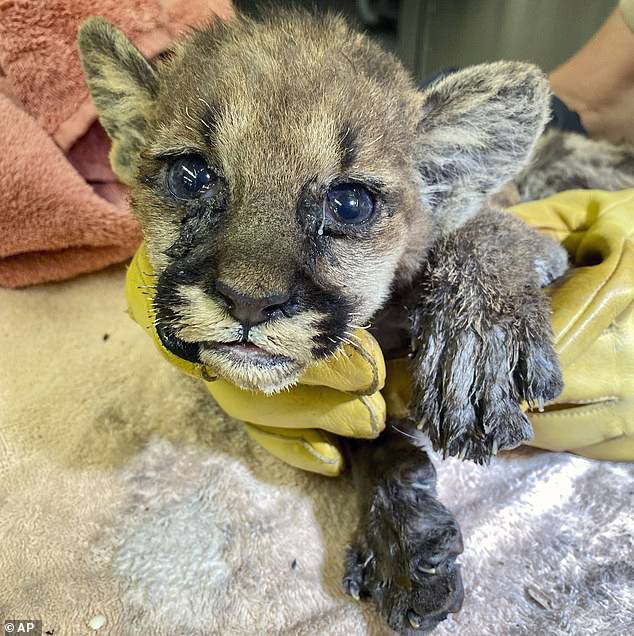 The lion cub was less than six weeks old, weighing just over 1.5 kg. The lion cub’s paws and muzzle hairs were badly burned, and his eyes were constantly watering from irritation due to smoke. But the X-ray showed the main thing: the baby did not have a fracture or serious injury, and his lungs were not affected by smoke.

This means that he will live, although he will not be allowed to return to the wild in the near future. 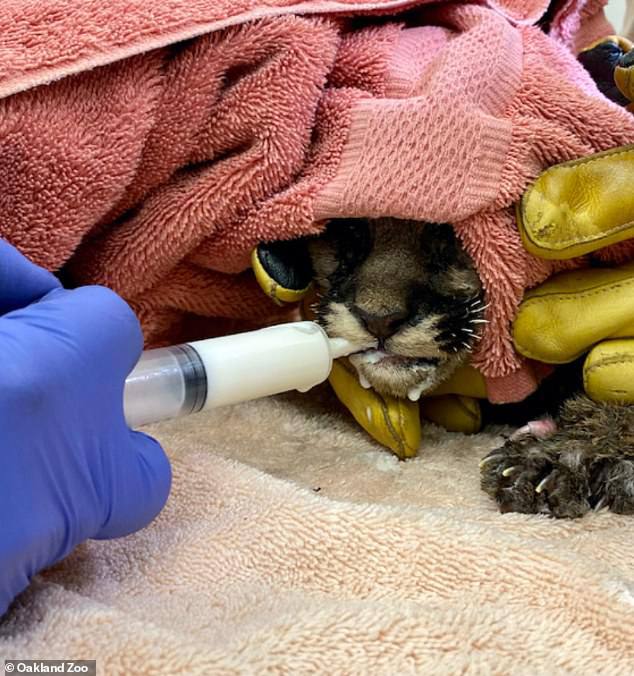 The lion cub was treated, given a large dose of antibiotics, and his eyes were washed. Now he is being fed from a syringe with milk mixture, but soon he will get minced meat.

Doctors give great chances of survival, unlike other animals affected by forest fires, which had to be humanely euthanized out of mercy. The number of victims of the elements increases to hundreds, and every life saved is a joy!