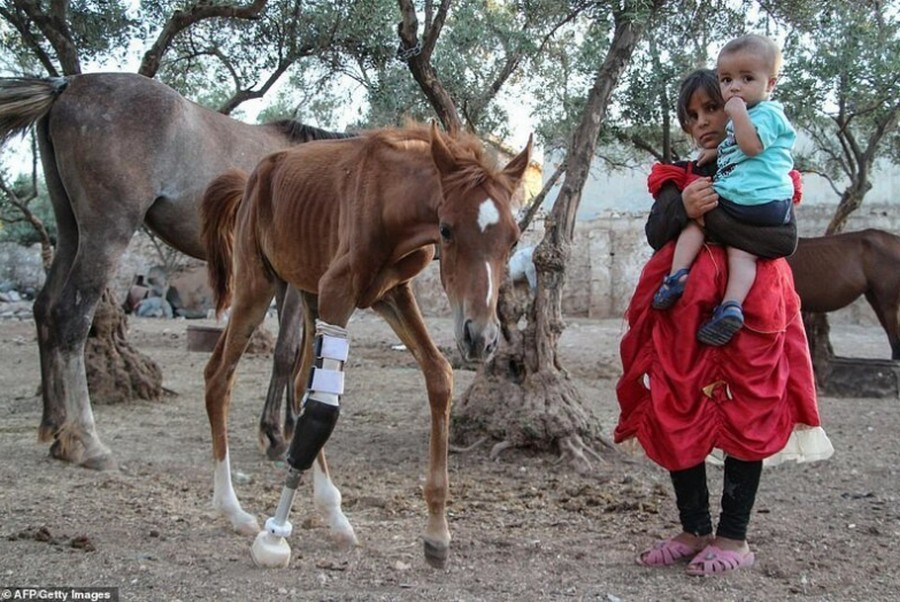 Among the victims of the conflict in Syria, not only people are suffering – animals are also suffering. Among them is the colt Sham al-Agha, who lost his leg due to a shell explosion during the shelling of Aleppo.

Fortunately, Syrian veterinarians took up the rescue of the baby. They managed to create a unique prosthesis in a local prosthetics center.

The foal is now being cared for by people together with its mother in a rebel-controlled town near the Turkish border. The removable prosthesis allows the foal to move freely – to walk and even run.

It is known that it was in Aleppo that the most serious shelling by the troops of President Bashar al-Assad took place. As a result, more than 400 thousand people died, hundreds of thousands of people were forced to flee, and countless animals suffered.