While walking around his neighborhood, a Detroit resident noticed a dog chained outside an abandoned home. The homeowners had left. Instead of taking the dog with them, they left him chained up. 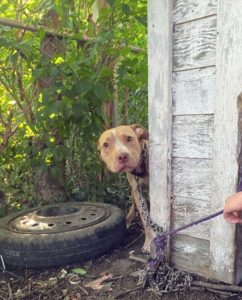 The first thing the man did was to call the local animal rescue center. And its staff immediately rushed to the call. Volunteers immediately saw that the dog was very scared. It was hiding behind the wall of the house and did not want to get close to people. It was obvious that the dog had been chained up for some time without food and care. He looked tired and miserable. 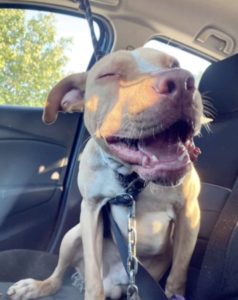 Despite his fright, it was as if the dog sensed that people did not want to hurt him. And he not only allowed the volunteers to approach him, but began to greet them happily, wagging his tail. The dog whimpered softly, trying to believe that he was finally waiting for help. 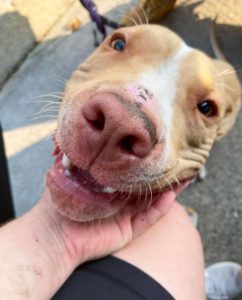 The dog was removed from the chain and sent to the vet. At the clinic, they found the dog emaciated because he had not been fed or given water for days. The tight chain had also left its mark. Volunteers immediately began treatment. Their care the dog accepted with great joy and gratitude. 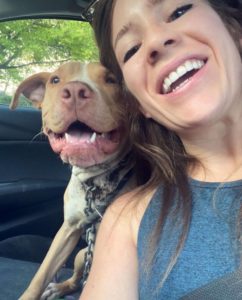 The shelter named the new tenant Bicker. He is now recuperating and undergoing treatment. And volunteers are already looking for new, more responsible owners for him.