Nika and Irina were walking down a busy street in Rustavi, a city in the Eastern European country of Georgia, when they noticed a small lump of fur on the sidewalk. As they got closer, they saw a tiny, helpless puppy.

The puppy, which looked to be about 1 month old, was not moving. It looked like it was dead. But when Nika and Irina, volunteers from a dog rescue group called Friends of Animals, touched the puppy, they felt its little body move from breathing. 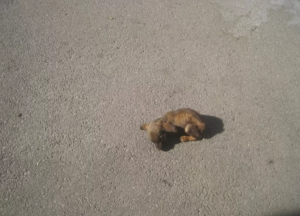 “The dog was very weak. She was doomed to die,” Nika said.

According to Nika, the puppy was hit by a car, which is a common fate for dogs in Rustavi. The animal was too small and young to be alone. So they hoped to find the puppy’s mother nearby. But when they talked to some locals, they learned the puppy’s sad story.

“We were told that this little puppy’s mother was hit by a car,” Irina said. “We don’t know what happened to her siblings.” 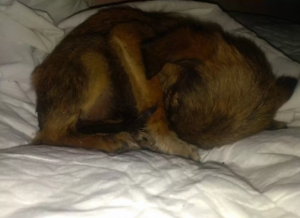 The women took the puppy home with them. They began treating her and trying to get her used to food. At the time, she only weighed about half a pound, so she needed to gain weight.

They called her E.T. after the movie by the same name — because, in their opinion, she looked more like an alien than a puppy.

But with each passing day, E.T. got stronger and healthier — and she started looking more like a puppy than an alien. And nine months later, E.T. had pretty much quadrupled in size and weight, and now she’s living a very different life than she was in her early days on the street. 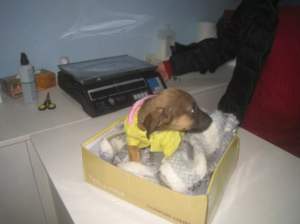 “She lives with one of our members,” Nika said. “She likes to play and walk and eat. It’s funny, but she likes to eat cucumber and pumpkin. She’s a very happy puppy.”

“The most uplifting and emotional part of this rescue was her transformation from a weak and poor puppy to a happy dog,” Nika said. 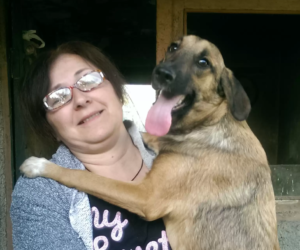 Businessman finds poor girl’s letter to Santa and decides to grant her Christmas wish
Sergio parked his car near a bank branch. It was already late afternoon, but
LIFE STORIES 0 76

Husband teases wife for “eating like a pig” until one day he finds her passed out on the floor
Jenny had always been a curvy girl. She was a beautiful woman who enjoyed
LIFE STORIES 0 35