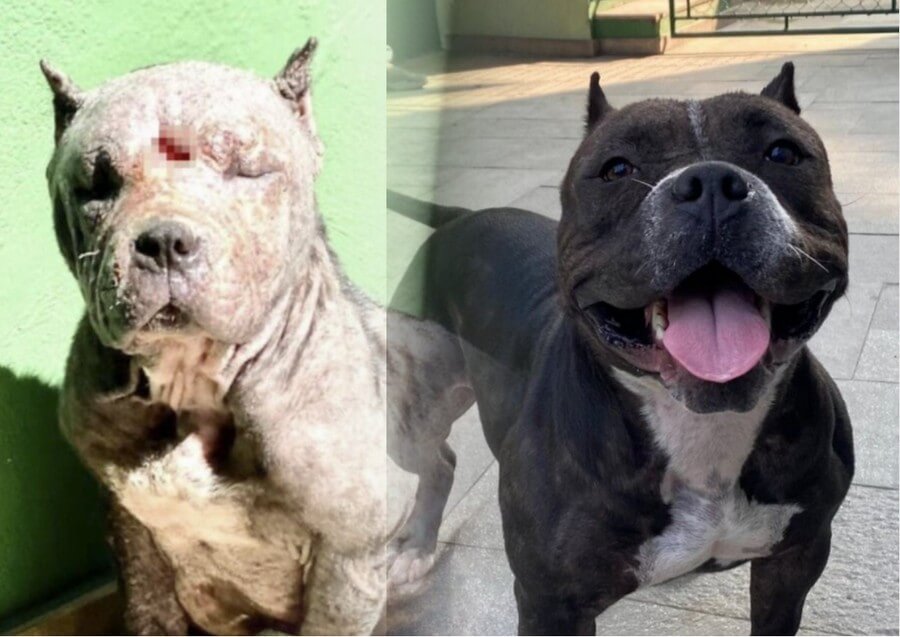 Alessandro Disco from Brazil has more than one dog transformation on his account. He has his own non-profit organization that helps abandoned and homeless animals. This is the story of one such rescue.

Alessandro received a message about a dog on the outskirts of Sao Paulo. He went to look for the dog in the dense thickets and spent almost an hour combing the place where she had been seen recently. It looks like the dog was just left there to die.

Fortunately, Alessandro managed to find the dog, which he immediately took to the veterinarians. Those were waiting for a difficult task. The dog, who was named Alpha, had a huge wound on his head, in which the larvae of parasites had already settled, and the Alpha’s eyes were terribly swollen. Sepsis could start at any moment.

Doctors performed ultrasound and X-ray examination of internal organs to assess the damage.

And then the veterinarians started cleaning the wound. They managed to remove all the larvae, clean the wound. Thanks to timely help and correctly selected medications, Alpha began to recover.

Alpha’s transformation was miraculous. Only a small scar on his forehead reminds of his past life. And Alessandro is already looking for a new loving family for the dog.