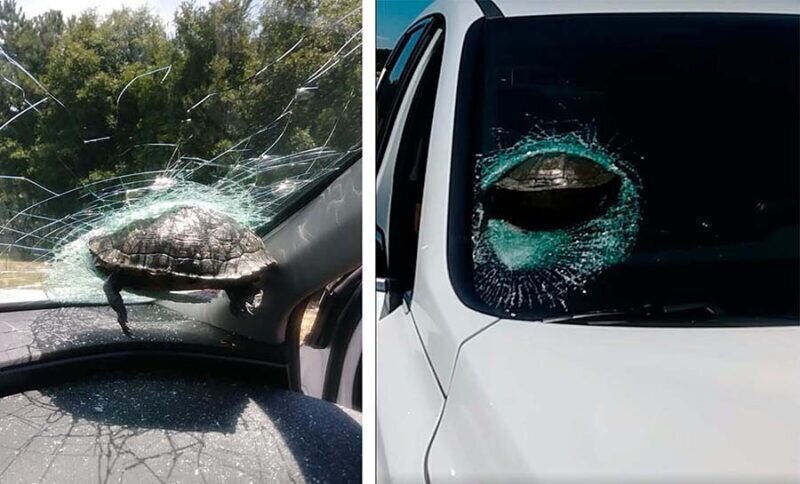 Latonia Lark was driving in Savannah, Georgia. In the front seat was her brother Kevin Grant. They were shocked when a turtle flew into the windshield. The animal is stuck.

“We thought it was a brick,” Latonia said. – It seemed to me as if a bomb exploded, and at the same moment fragments flew at Kevin.” 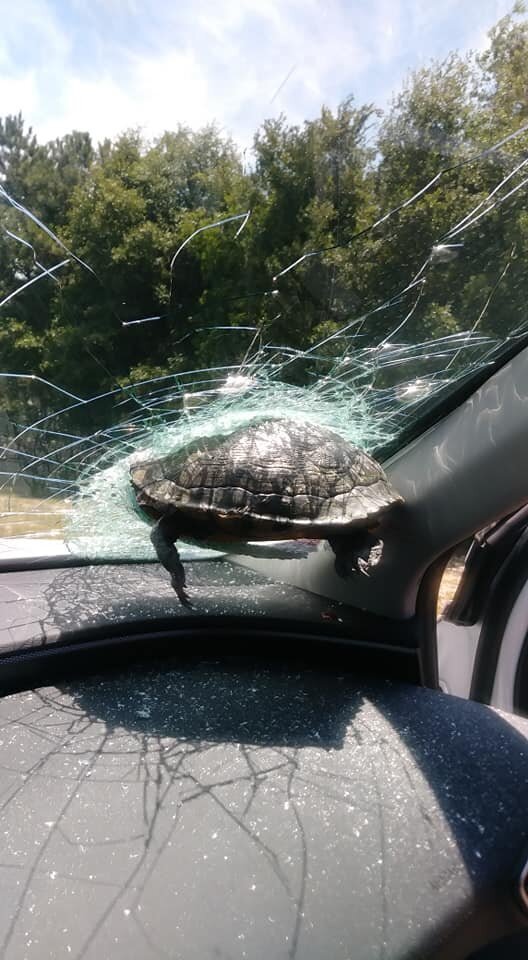 The participants of the incident were lucky that the animal got stuck in the windshield. Otherwise, the passenger could have received serious injuries to the face and head.

Kevin was taken to the hospital, where he was treated.
There his wounds were disinfected,splinters were removed.

After a while, the cops arrived at the scene, who towed the vehicle to extract the turtle from the trap in which it found itself.It is reported that the turtle was taken to the Savannah Animal Clinic to provide her with all the necessary assistance. However, she later died there from her injuries.

The police suggest that the car in front may have hit the turtle, which is why she later ended up in the car. 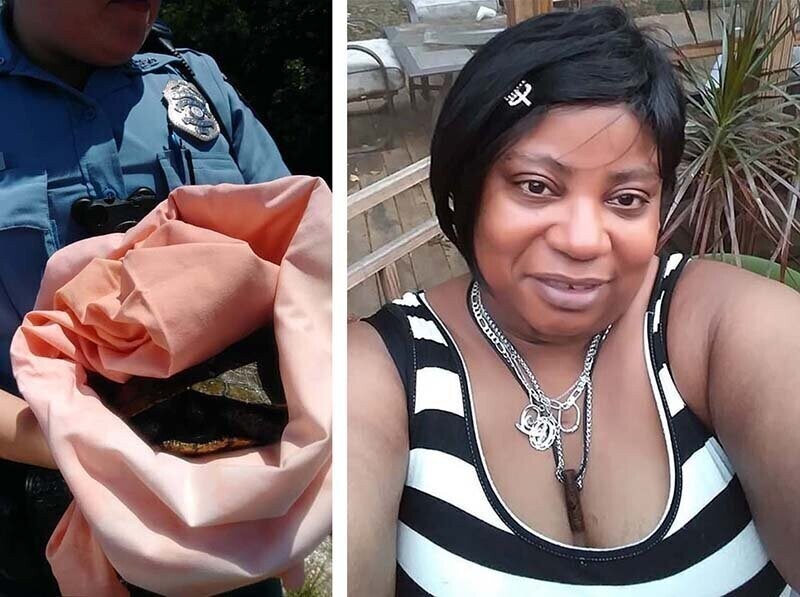 “Even the police officer said that if this glass wasn’t as thick as I was, and if I hadn’t slowed down when I saw an approaching object, then everything would have ended much more catastrophically,” the woman says.