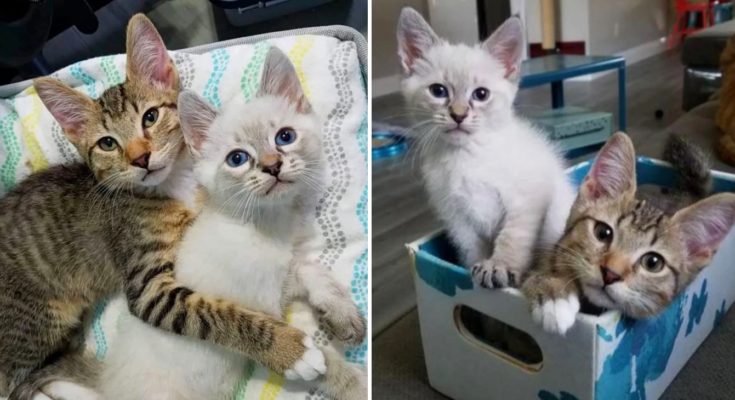 Pico (striped kitten) and Ressler (white kitten) were taken to a shelter called “Bottle Babies” in Phoenix separately. Both of them were newborns and required round-the-clock care and constant feeding.

When the kittens grew up and became ready for adoption, striped Pico was the only one who was not taken into the family. “All his brothers and sisters quickly found a new home, so I kept thinking what to do with Pico,” says Jen, a shelter worker. 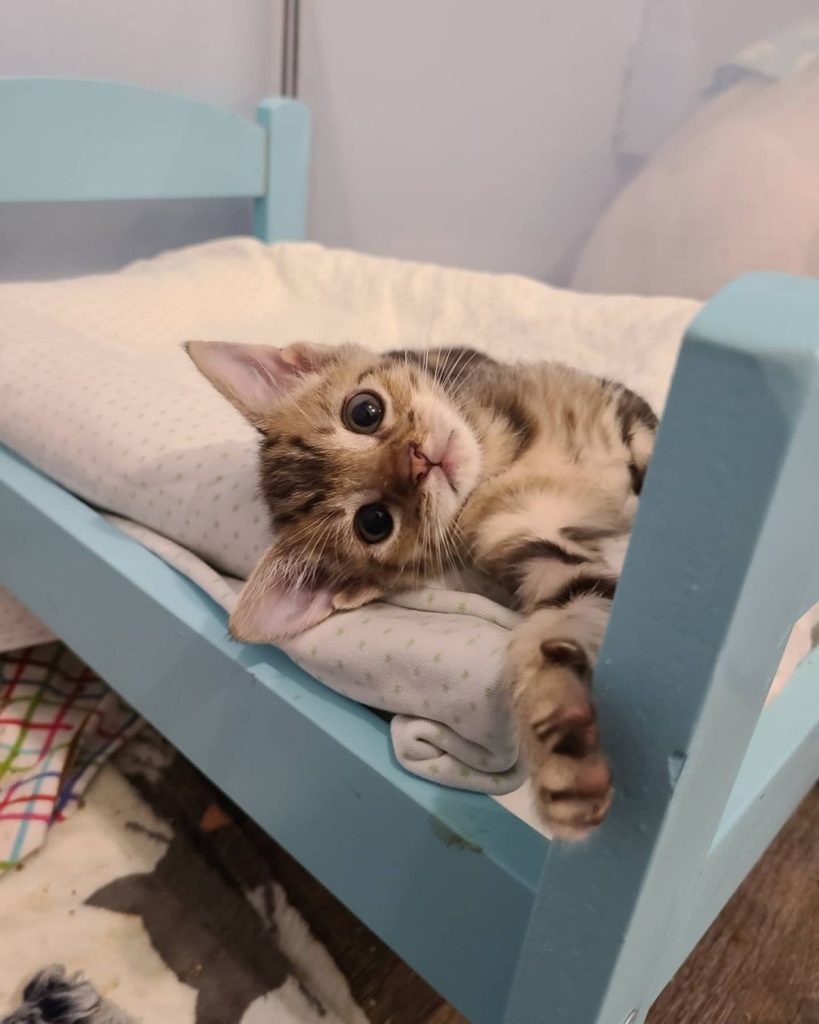 During this period, Ressler’s mom had problems, which is why Jen had to take all her kittens to her home, where Pico was the only one left. The young Ressler immediately invaded his domain and went to sleep near the striped kitten. 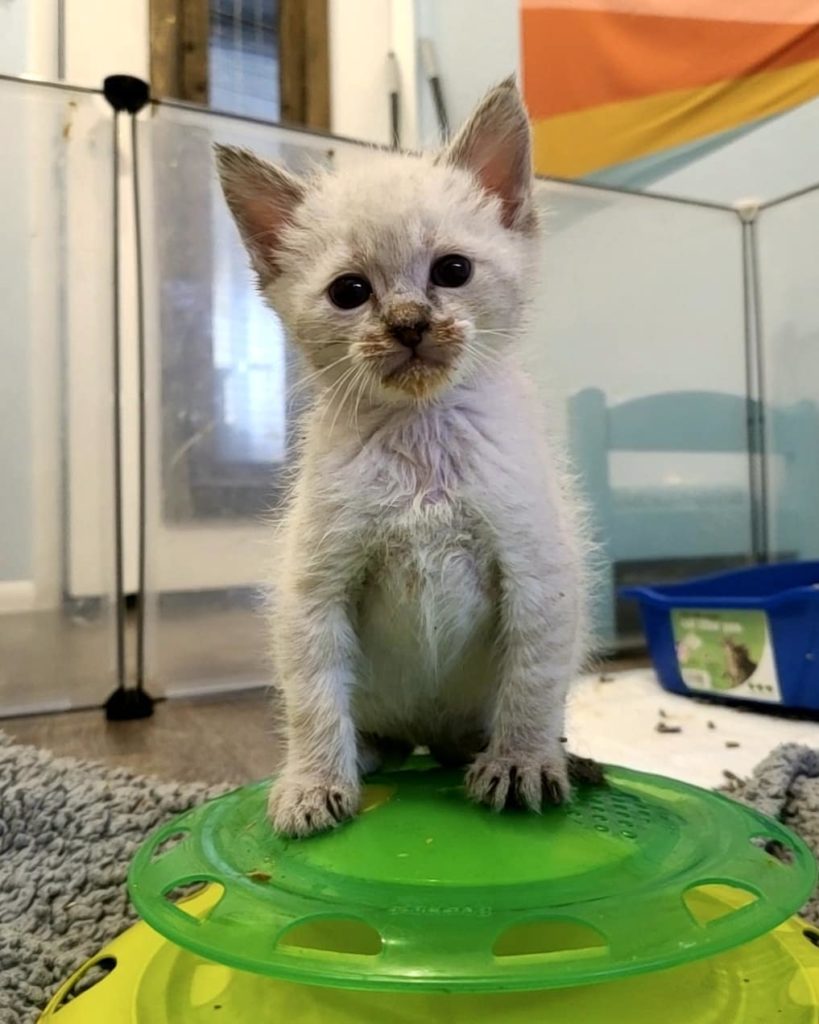 “They immediately became friends and both looked at me with displeasure when I disturbed their sleep,” says Jen, “Pico hugged his new friend and so they dozed together for a long time.” 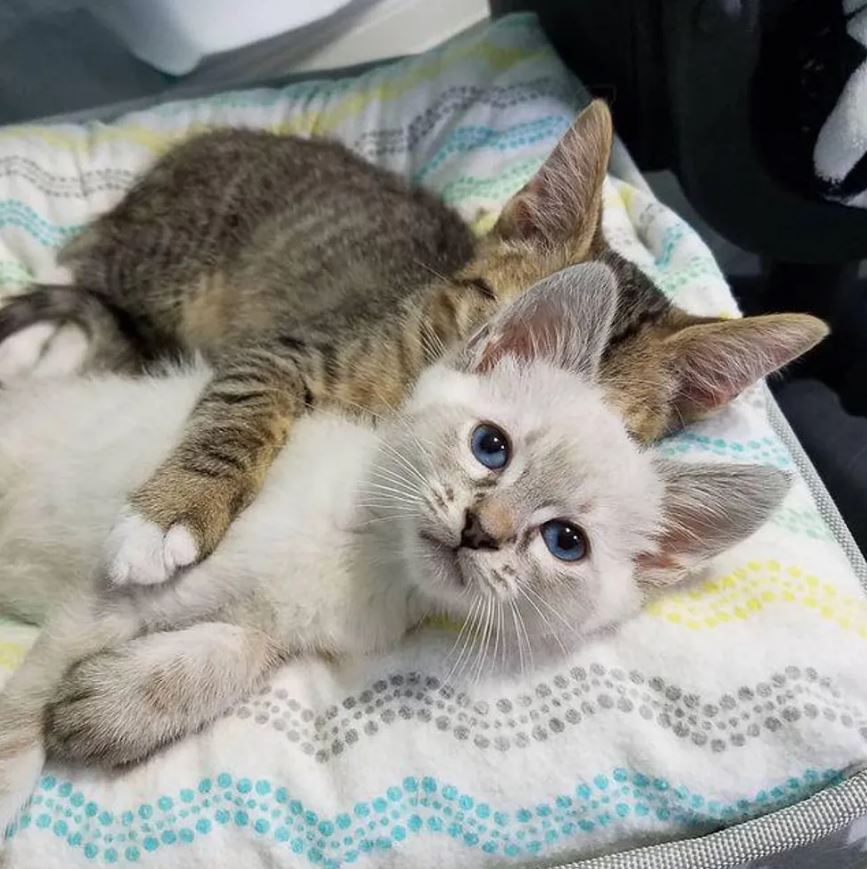 “You can spend the whole day watching this couple play together. They even wander around the house exclusively as a duo. Despite the fact that Pico is very curious, active and persistent, the Ressler on the contrary is calm and gentle. They seem to complement each other”

Very soon it turned out that both of them not only like to nap together, but are also able to do it in the most inaccessible places, where it would seem not to climb at all. 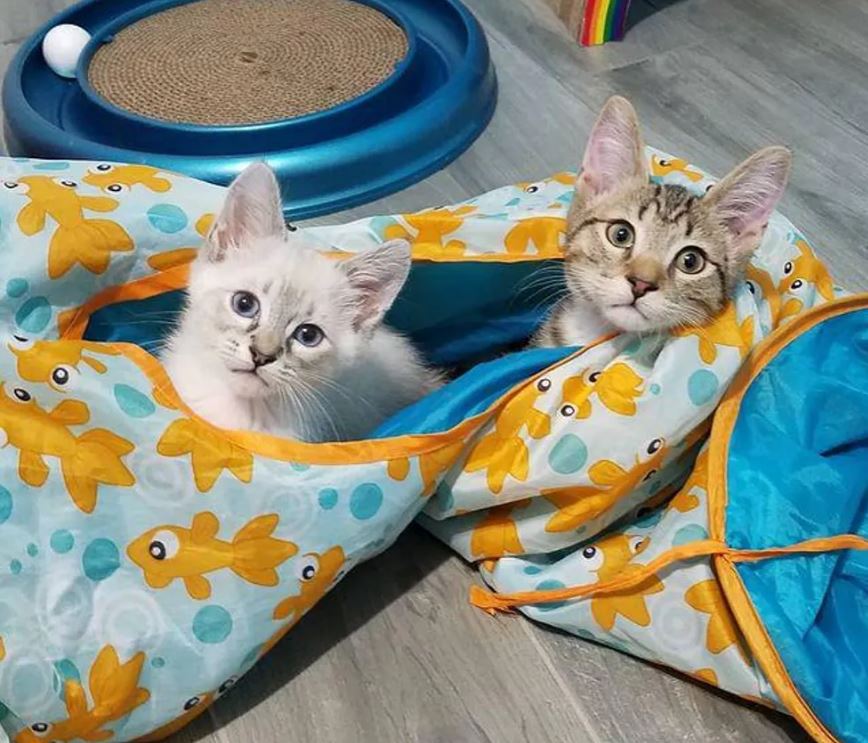 “If one of them finds a toy for himself, the second one immediately appears next to him and connects to the fun—” says Jen. – They also chose my adult cat Romeo and often climb on him both at once, turning into one big shaggy snowdrift” 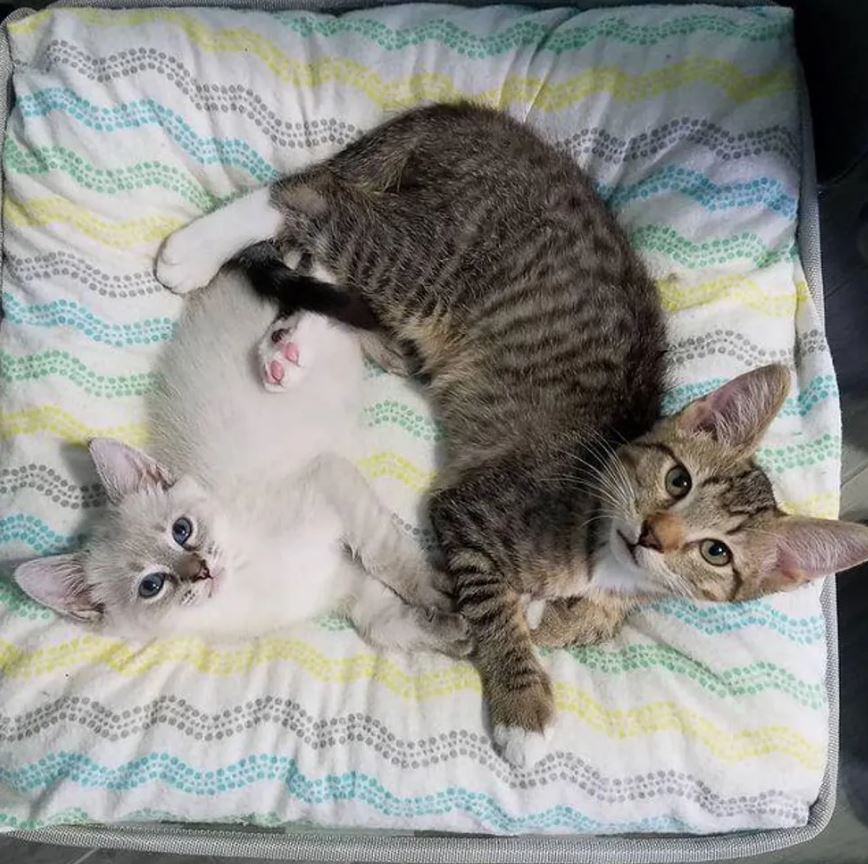 Pico was alone for a long time after all of his siblings were adopted. He needed a loyal friend and Ressler became one for him. Looking at them, Jen no longer even thought about the fact that the kids could go to different families. She searched for a long time, but still managed to find owners who were ready to take both mustachioed robbers at once. And now they are in reliable, loving hands.