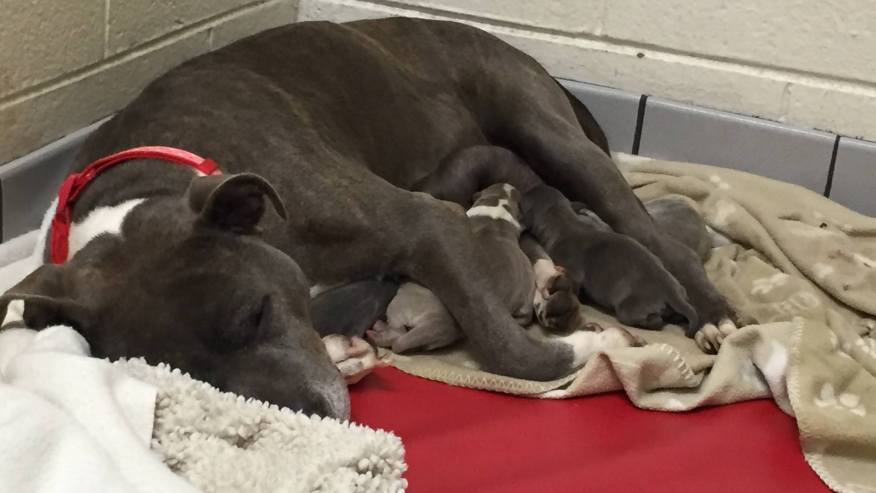 Dogs are becoming unnecessary for their owners in all countries of the world. But not everyone has the courage to part with their pet in a civilized way.

As the volunteers say, in no country in the world does the breed guarantee the dog happiness and loving owners. And they are absolutely right. 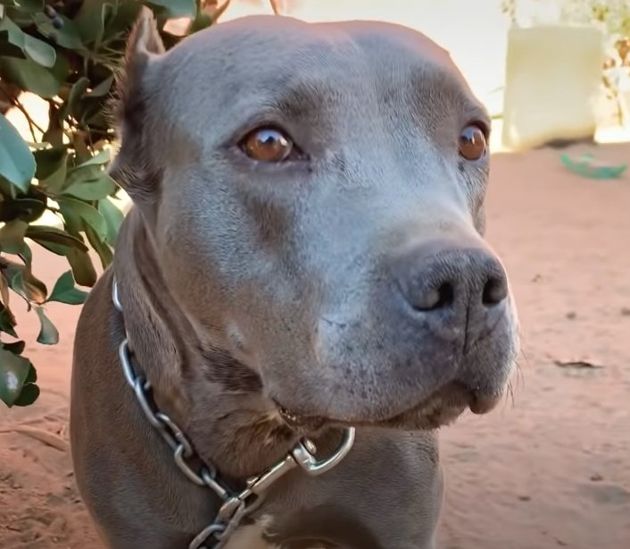 At the beginning of the year, a girl named Cynthia found a dog that was chained to a tree in a deserted place. It was a thoroughbred Pit Bull terrier. Pit Bull is the most popular breed of dog in the USA and, due to its popularity, it is the most common in American shelters, where the owners bring their unwanted pets.

Many are afraid of such dogs, which are called fighting dogs. Having met a pit bull terrier on the street, people are afraid of the aggression of a breed with a bad reputation. The same dog, who had been sitting for a long time without food and water, was exhausted, looked unhappy, but did not show a drop of aggression. Moreover, she could barely move because she was pregnant. Cynthia named the dog Blue and arranged with the nearest shelter where they could take care of her. 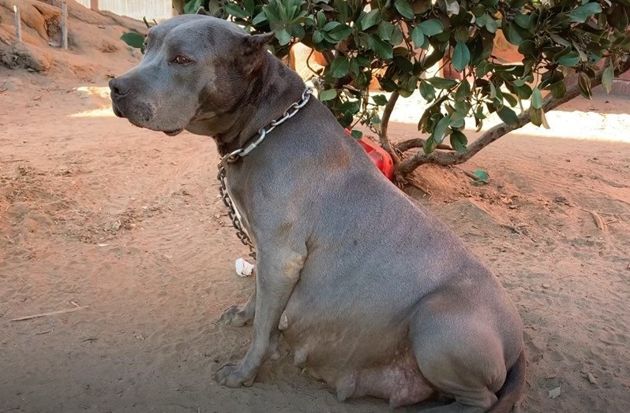 A separate room was allocated for Blue in the veterinary department. She was provided with everything she needed, including food, water, warm blankets and rodent toys, so that she could rest and finally relax. And three days later, the dog went into labor! 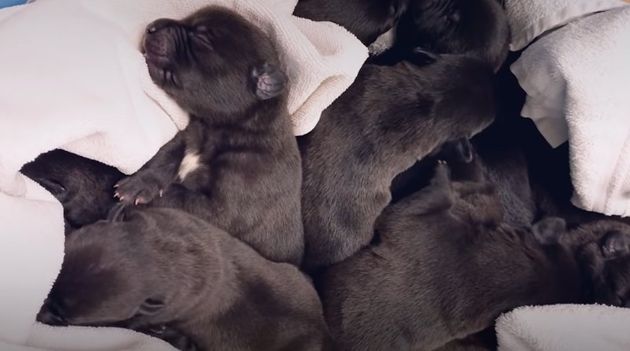 When the process was finally completed, instead of one dog, the shelter staff had a mom and 13 of her children – adorable half-breed puppies, who added to everyone’s worries. They called this team the “Lucky 13”.

Often dogs that are stressed are reluctant to accept their puppies. They refuse to feed them and even show aggression.

But that wasn’t Blue’s case! According to Cynthia, the dog immediately proved to be an incredibly caring mom. Despite the general exhaustion and stress from the experience, Blue regularly endured feeding. And she surrounded each of the 13 puppies with care. 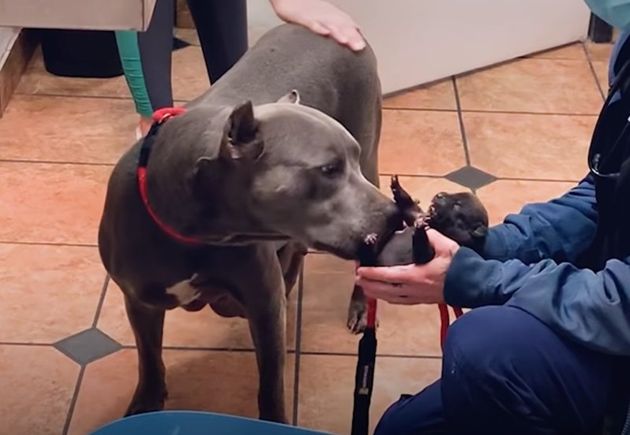 Almost immediately, volunteers began to search for a home for the entire large dog family. All the puppies were safely attached. Mom was also quickly attached. Blue has found a very loving family, where she has already forgotten about what happened to her.