A woman was driving down the road when she noticed a dark garbage bag hanging from the sign warning her to stop. Immediately the woman thought it was local kids who had put the bag on the sign. But at some point she noticed that the bag was moving and it was not caused by the wind. The woman decided to check what was in the bag, so she pulled over to the side of the road and stopped. She did what she thought was right. There were three kittens in the bag and they were very weak. 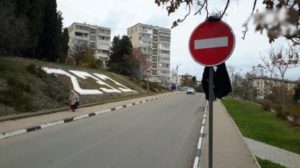 The woman took the babies with her and immediately went to the shelter, where the kittens were taken care of by professionals. The veterinarian determined that the kittens were barely 1.5 months old. In addition, they were suffering from prolonged malnutrition, dehydration and colds. Apparently, the babies had spent a lot of time in the bag on the pole. Therefore, they needed urgent treatment. 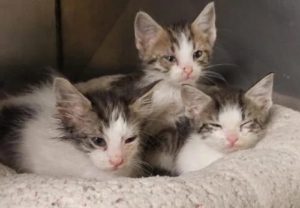 When the babies had received the necessary treatment and food, they fell asleep snuggled up against each other. By the next day, the babies were feeling much better. They regained the activity typical of kittens their age. 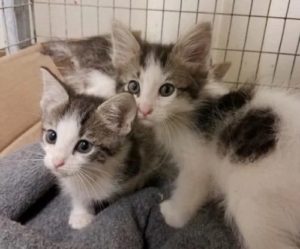 It may not be possible to find homes for all three kittens. But already now it is clear that their lives will be happy. And all thanks to the woman who noticed the bag on the road sign and stopped to check its contents.