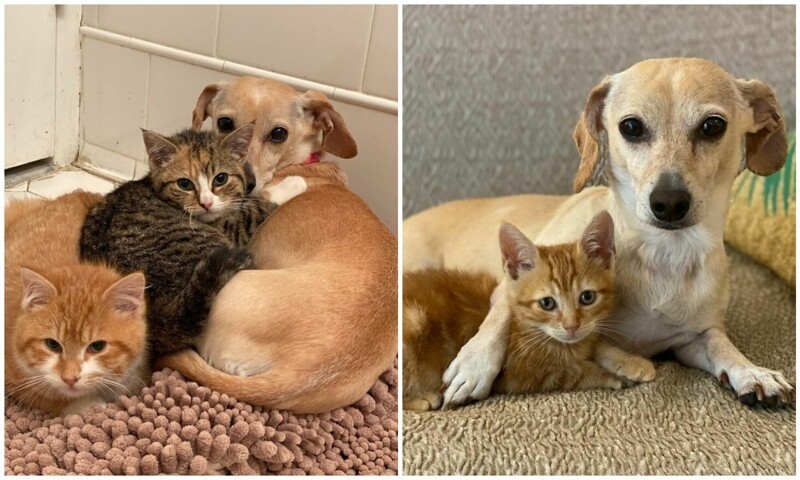 Two small kittens, who were about 10 weeks old, were found on the streets of New York. Defenseless kids were left without a mother, collected scraps in the back streets, and were very timid and downtrodden. But fortunately, they were in good hands. They were taken under their care by a volunteer named Asa. 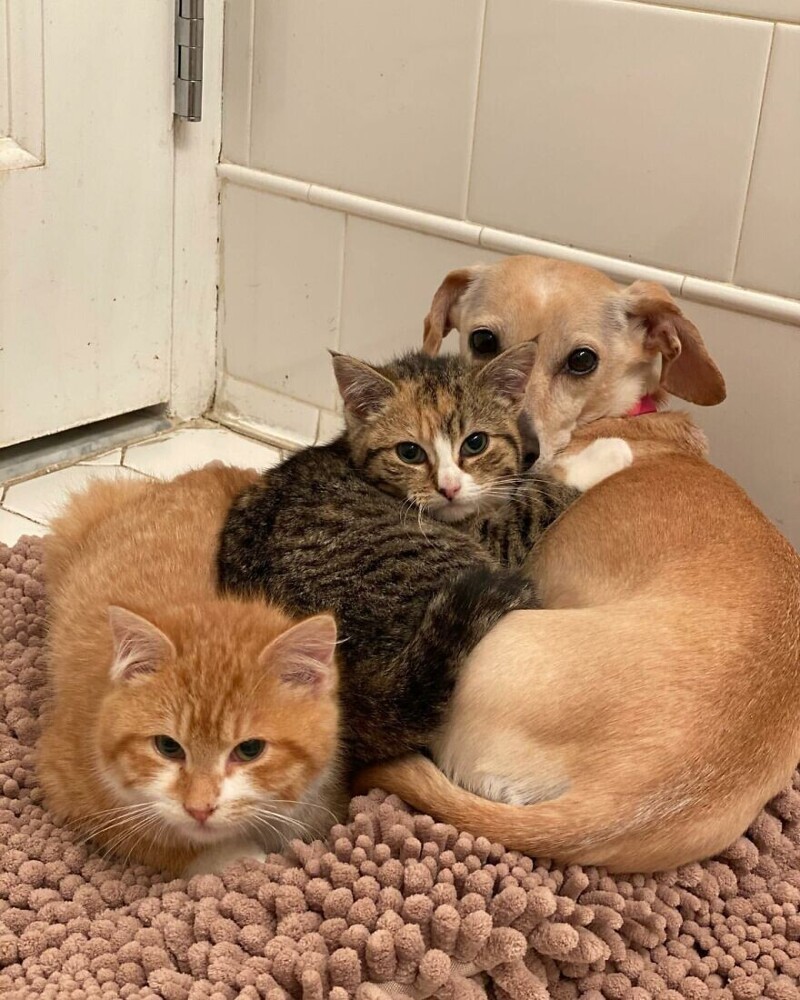 At home, the girl had a dog named Kona, a very caring and gentle creature. Only when she heard the kittens squeaking in the house, she rushed to them to calm them down. Next to her, the kittens, who received the nicknames Chester and Blair, became much more confident and calmer. 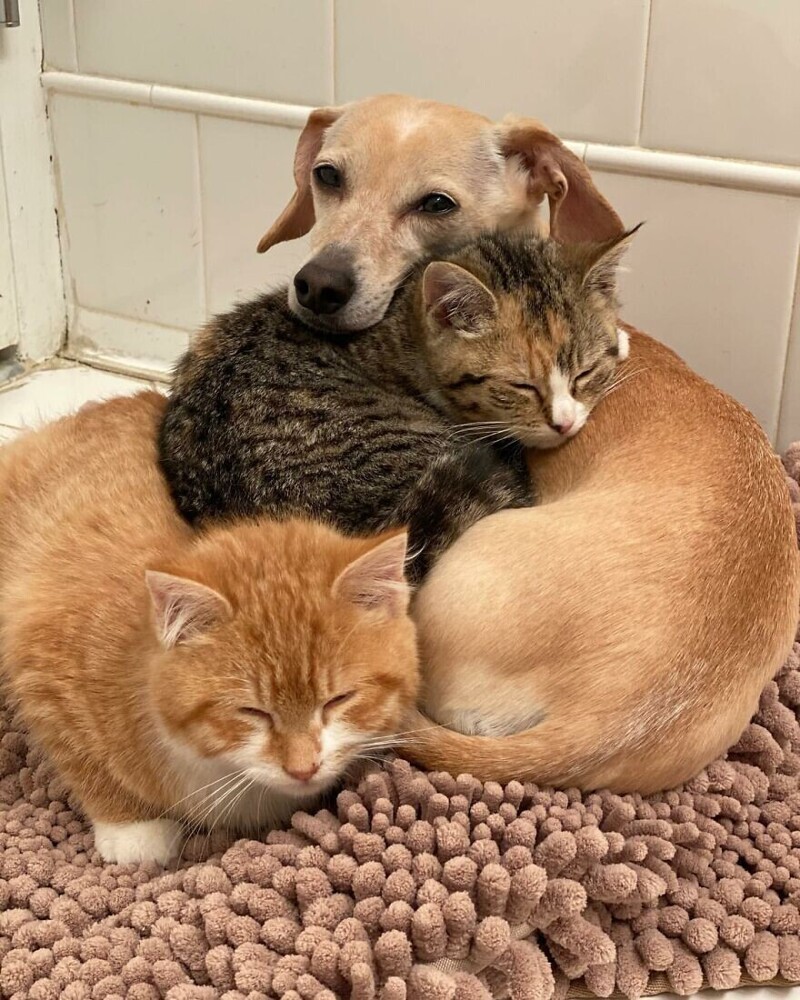 Kittens didn’t have enough maternal warmth. But Kona gave it to them in full. “I think she felt that these two are afraid of everything around them and are very closed. She knew exactly what to do. The kittens have been living with us for six weeks now, and they are still afraid of me. But with Kona they are calm and happy,” says the girl. 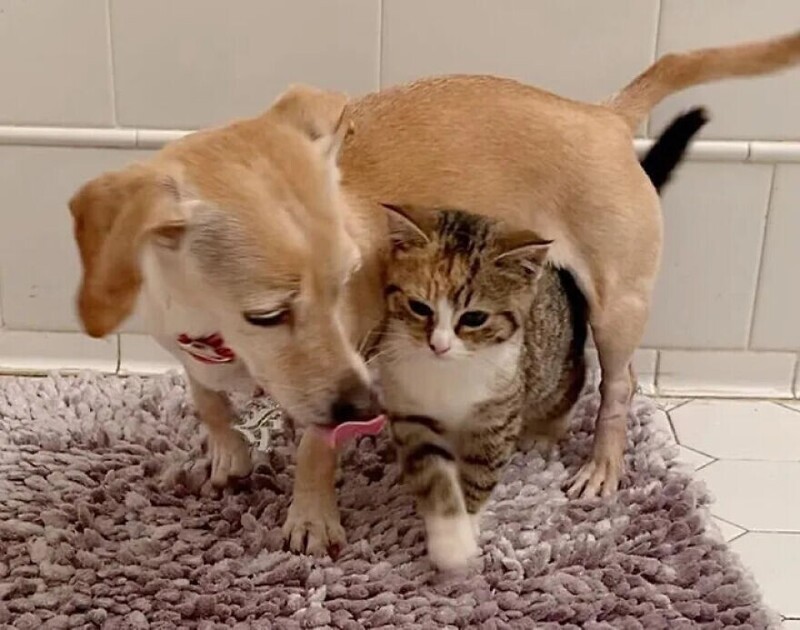 Blair turned out to be much more timid than her brother. It took her a long time to get used to the new environment and recover. Kona was very gentle and patient with her, as if feeling what the baby needed. Next to Cona, Blair became softer, and stopped being afraid so much.

“Kona could lie quietly and patiently while Blair, for example, bit her,” says the guardian. 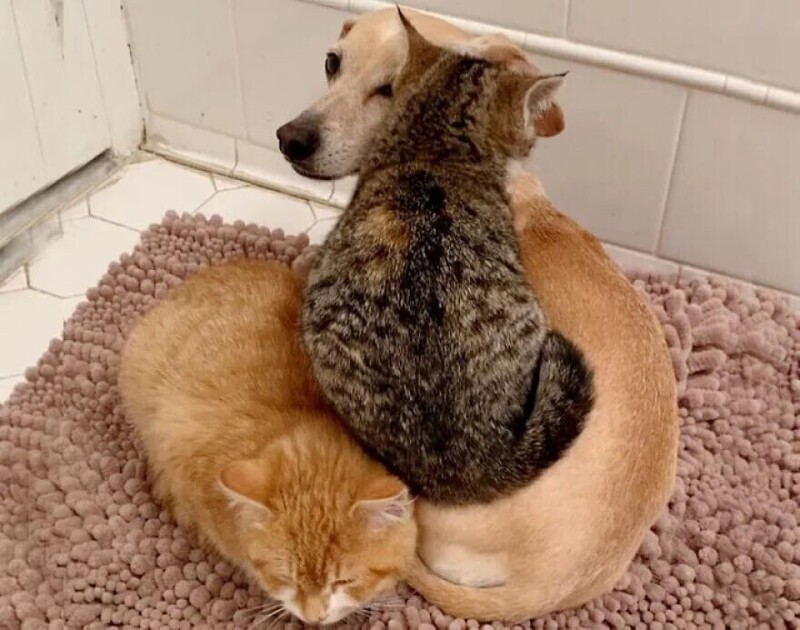 In fact, these are not the first babies that Kona takes care of. Its owner has been overexposing animals for several years. During this time, Kona has nursed many puppies and kittens. This dog has such a big heart that she is ready to give her love to all the kids in need. 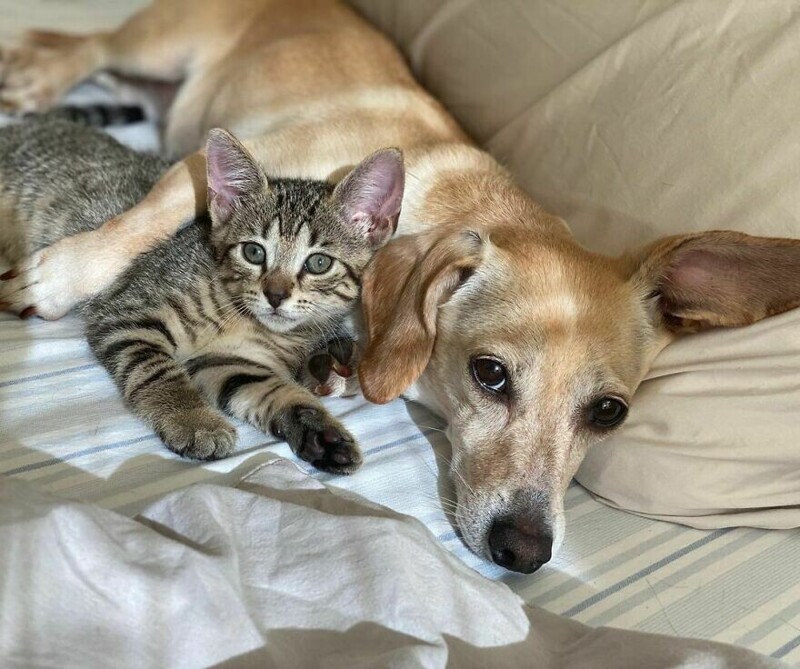