One day a girl named Erica found several kittens living near an expressway. The kittens were lying under dry branches as if they were in a hut. It was almost impossible to get to them, so Erica turned to Hope For Paws volunteers for help. 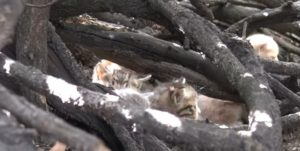 The mother of the babies was not around, so it was clear that the “babies” needed rescuing. In addition to the fact that they were hungry, there was a risk of them appearing on the highway. In this case, the babies could have been hit by a car, so the volunteers had to work quickly.

“Armed with a carrier, Joanne Wilz and Kathy McKittrick set out to rescue the little kittens. 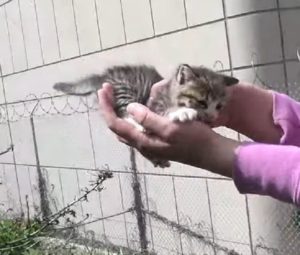 The dry branches were thicker than the volunteers could have imagined. However, at one point, one of the girls managed to slip her hand through the space between them. A moment and the first kitten was in her arms! A minute later, the second kitten appeared, followed by all the others. 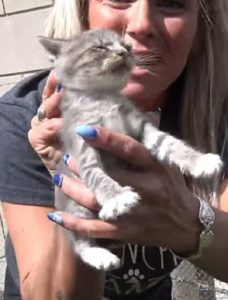 Soon all the little hairballs were in a carrier, and the happy volunteers went with them to the shelter.

After examining the kittens, Hope For Paws found that some of the babies had an eye infection. One of the kittens couldn’t even open his eye, so bad was the inflammation. 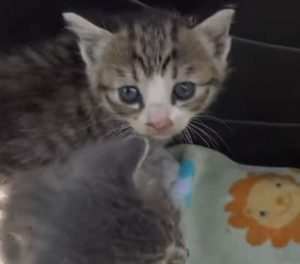 Each little foundling was carefully bathed and then treated. Luckily, all the animals were treated, and they were successful! 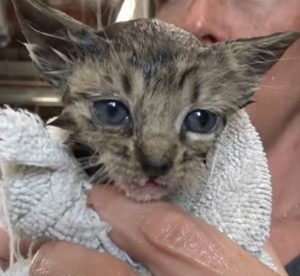 Right now the babies are in a holding facility, but they are already actively looking for owners. Each little one can be picked up right now, and we hope that soon they will find kind people who will give them care and love! 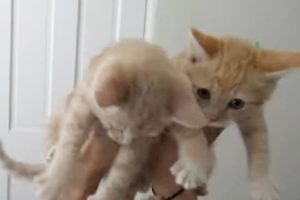 By the way, volunteers are also looking for the mother of the kittens. It is quite possible that she wanders somewhere, and she too can be rescued. Just in case, the shelter staff prepared a trap, and maybe they will be lucky to find the cat. 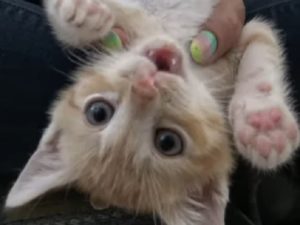