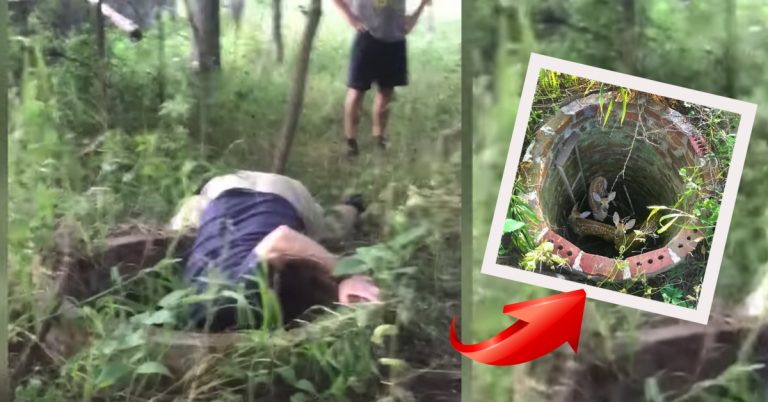 Last Monday, a woman named Morgan Brumm came out of her Nebraska home and immediately heard a cry for help. 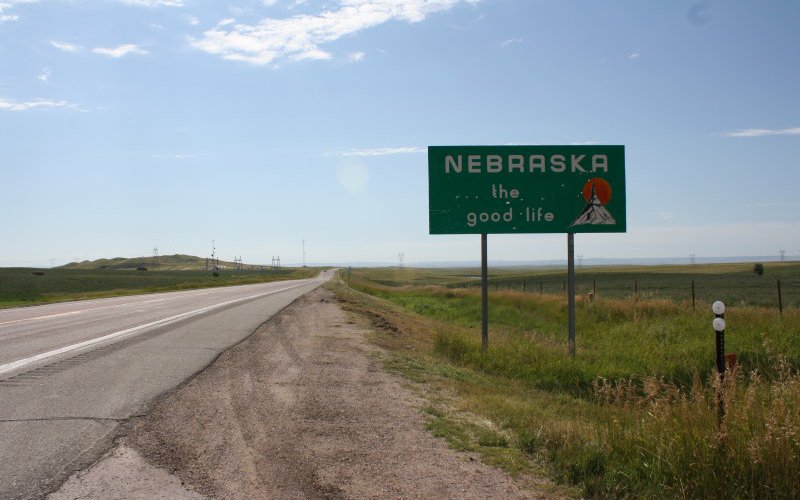 Someone strange was shouting – an animal, but not a cat, and not a dog! Somewhere nearby, some unusual beast was clearly in distress.

This sound was also heard by Morgan’s mother. However, the elderly lady was afraid to go and see what happened. Fortunately, her daughter turned out to be braver!

She moved forward in search of the source of the sound.

“I went through our backyard along the path that we always use to walk around the neighborhood,” says Morgan. – After walking a little forward, I saw a doe. She looked at me, turned around and started running! 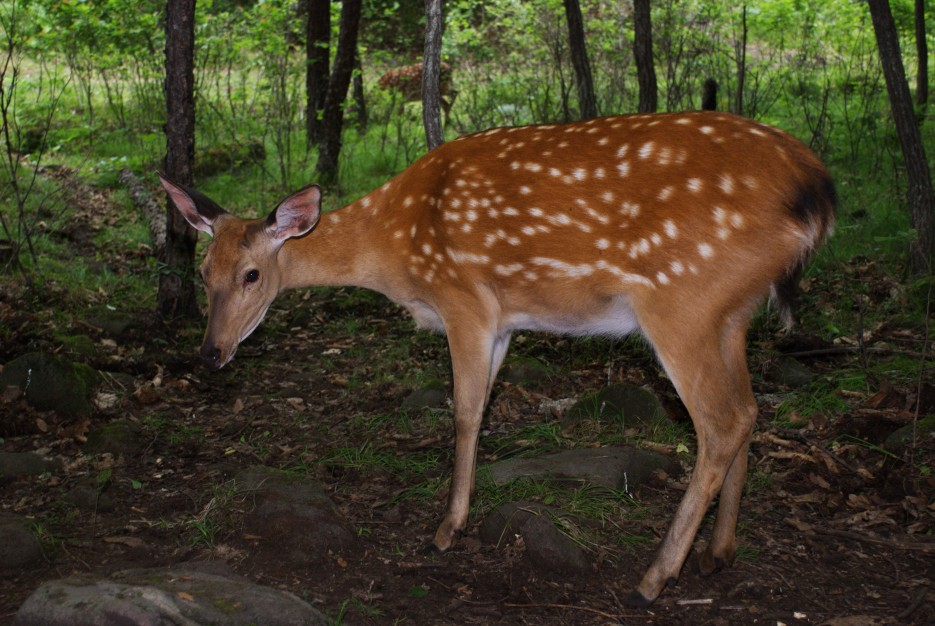 And then I remembered about the well, which was located not far from the trail. I went there, not knowing what I would find…

As I approached, I bent down and saw one small head. Realizing that it was just the head of some cub, I encouraged myself (not a predator!) and took another step to the very edge of the well. Then I saw two more heads! It was a shock.”

Three helpless fawns were trapped in the depths of the well! 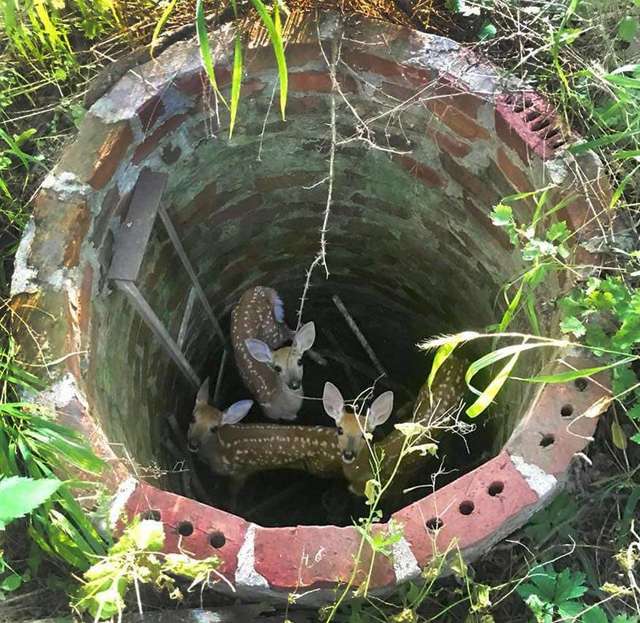 How did they end up there? Were they dropped by someone? Just fell – three at once, tripped at the same time? And why were they separated from their mother?

Morgan didn’t know the exact answers to these questions. And Mother deer wouldn’t have been able to tell even if she hadn’t run away. However, one thing was certain – the kids could not cope without the help of people!

Unfortunately, the woman could not pull out the crumbs on her own.

“Then I called my best friend’s dad and asked for help,” Morgan says. – He lived nearby, so he came in about five minutes later – and did everything! However, he also wondered how they all got there at once…”

The man turned out to be modest, so he wished to remain anonymous. However, Morgan’s camera captured the very moment of the miraculous rescue!

All the fawns, once free, immediately disappeared into the thickets. And, therefore, they had enough strength and health for this. Let’s hope they can be reunited with their mother! By the way, usually a female deer brings one or two cubs, and triplets are rare. So there are really a lot of surprises in this story.