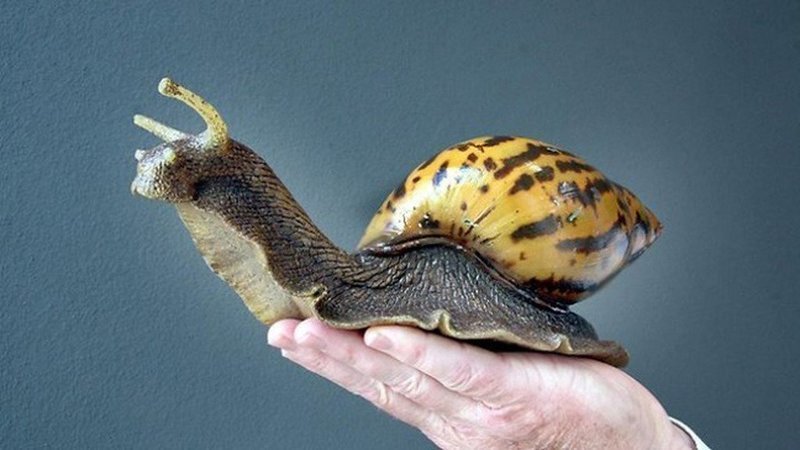 When photos of these giant snails appeared on the web a few years ago, many users did not believe that it was not a fake.

After all, in the pictures these snails were the size of a rabbit!

However, this is not Photoshop or sculpture. These snails actually exist and are called giant African ground snails.

These include two species, the giant Achatina and the achatina achatina. 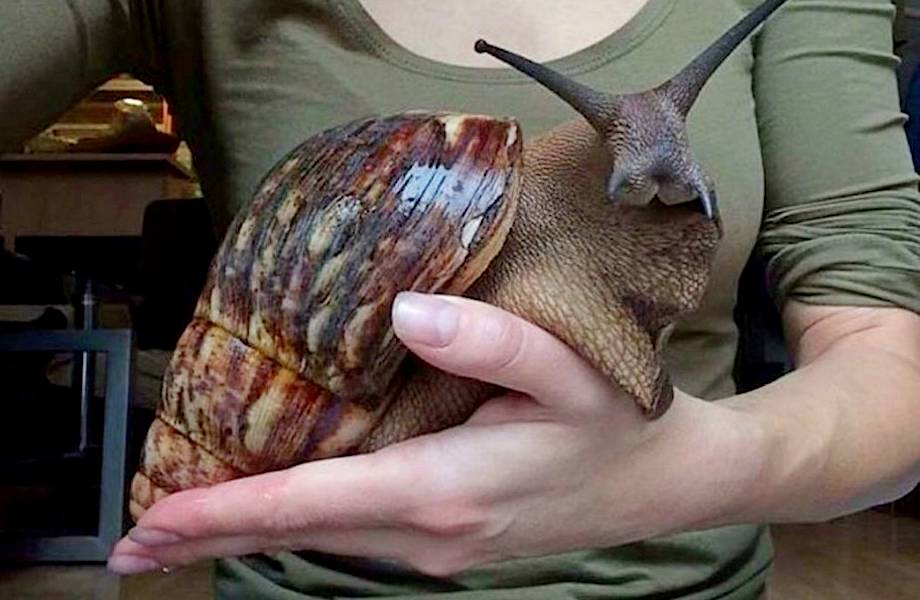 Usually snails of this species do not grow more than 5-10 cm . But individual specimens can be longer than 20 centimeters. And it is these giants that cause the greatest amazement and admiration.

In Africa, they are most often found in Kenya and Tanzania. Nowadays they are often kept as pets. And the bigger the snail grows, the more prestigious. However, their content is illegal in the USA and a number of other countries.

The fact is that giant African snails are a very dangerous invasive species for warm countries. They adapt very easily, begin to multiply and greatly harm agriculture.

By the way, they are hermaphrodites. Each giant African snail can be both father and mother at the same time, that is, they have no problems with the latter at all. Each year, one adult snail lays about 1,200 eggs. And young snails grow very quickly.

In nature, they live relatively short 5-6 years. But in captivity, they can live up to 10 years in good conditions.