Roosevelt is a pit bull who has a heartbreaking look and was very lonely. His owners dropped him off at the Chicago Animal Control Center with a note justifying their abandonment of him.

«He has a urinary problem.»

When Kelly Michael and Sarah Starch met him, they were upset by the dog’s dismal and miserable appearance. They wanted to get him out of that sad place and that cold cage as soon as possible. 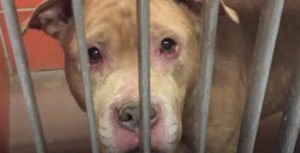 «I watched him lie quietly in his cage while all the other dogs barked and jumped to get my attention. He looked so sad,» Sarah wrote on Facebook. 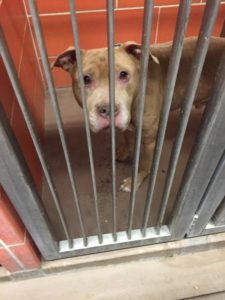 The dog wasn’t feeling well, and his sweet eyes cried out for help and love. Kelly and Sarah could not leave him there.

When they took him out of his cage, he refused to go back in. 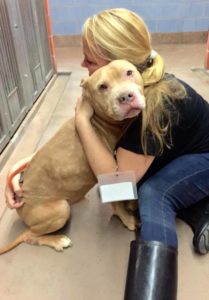 The women decided to adopt him and took him home.
After a visit to the vet, they learned that Roosevelt had an incurable stage of cancer and had only a few months to live. 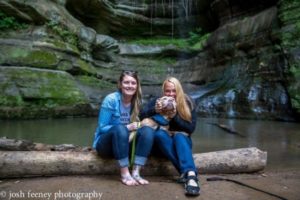 But that didn’t change the girls’ desire to give the dog a wonderful last few months. They took him for nature walks, a trip to the lake, and gave him lots of goodies.

Let’s hope he has as many great months as possible.