One day volunteers found a little puppy with pink skin. The baby looked a little like a little piglet. The baby could have suffered a terrible fate, but luckily he was rescued in time. In addition to him, several other puppies were rescued. But this baby stood out from the rest. The baby had pinkish skin and looked a lot like a piglet. That’s why he got the nickname Piglet. Also, the puppy stood out because he was deprived of sight and hearing. He needed special care. 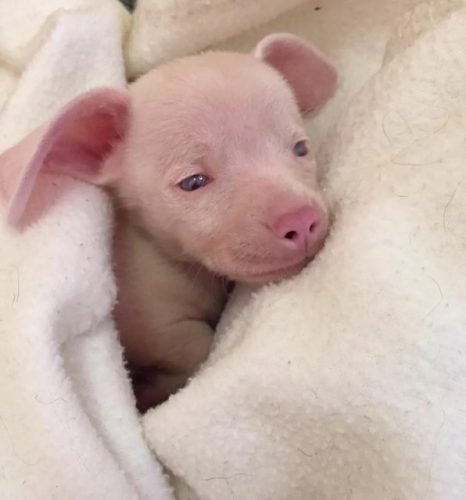 The puppy was taken in by a girl who worked as a veterinarian. Her name was Marcia. The young girl understood that it was unlikely that anyone would take this poor dog. So she took him in to her home. After all, the baby needed quality care. At first, the puppy was very anxious and worried. He was thrashing around, unable to find a place, whining and howling.

The new owner helped the doggie overcome his fear and get rid of his anxiety. 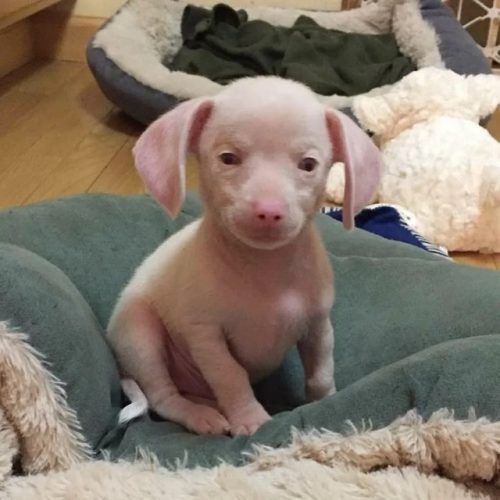 Now Piglet has grown. He is no longer a puppy, but a grown-up dog. The dog still can’t see or hear anything, but he has become a real motivational dog. Looking at this brave dog, people can understand that there is nothing wrong with taking a puppy with peculiarities and giving it a home, love and care. 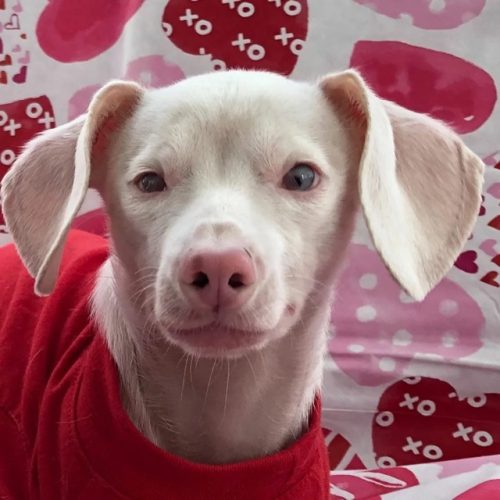 The dog’s owners created an Instagram for him specifically to show that a dog with peculiarities can also become a loyal friend. Tenderness and love are what work wonders. 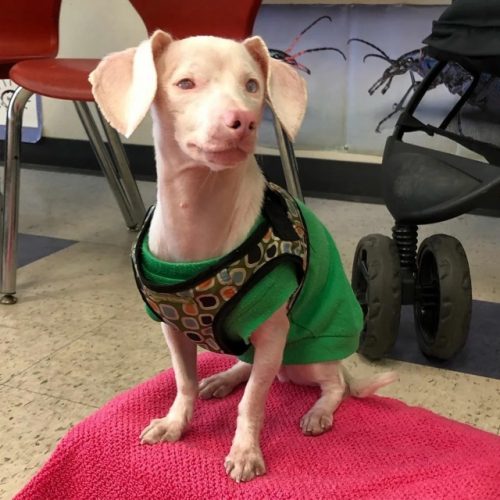 Many people are afraid to take even healthy animals from the shelter, let alone animals like Piglet. Publications in Instagram prove that there is nothing scary about it. Many users confessed that it was this doggie that inspired them to take an animal from the shelter. 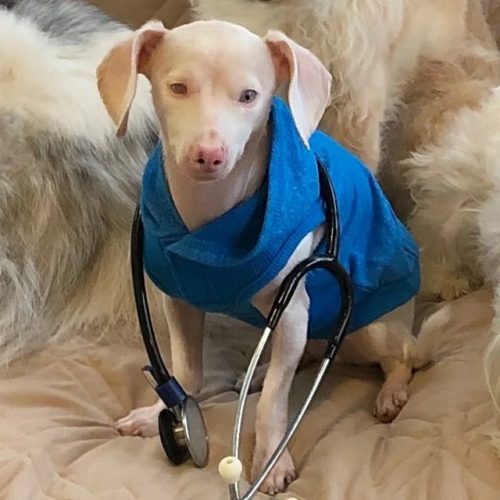 The owners of the dog have released various products on the packaging of which their pet is depicted. They spend the proceeds of their sales to help animals. Therefore, Piglet can be called the embodiment of kindness in this world.