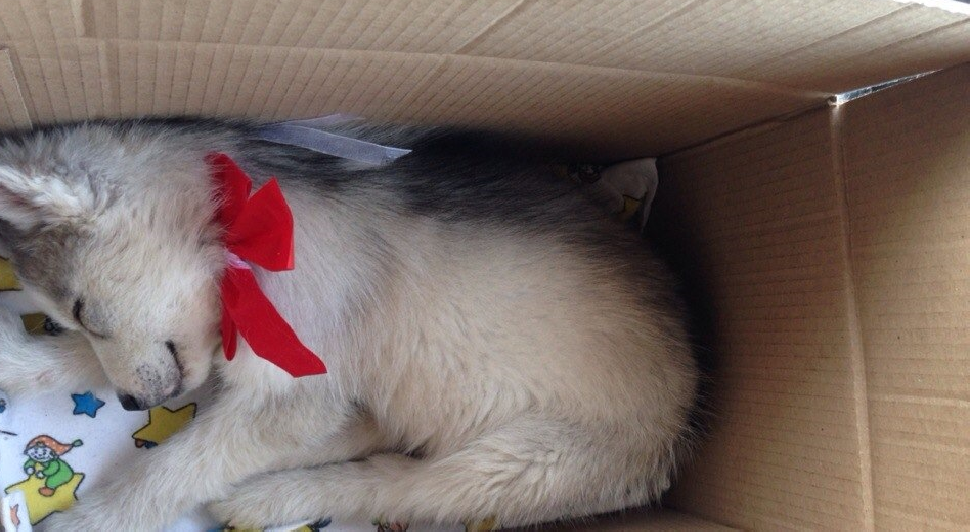 The little puppy was placed in a box in which he barely fit and could not move at all. Every inch of the lid on the box was carefully fastened with duct tape. It seemed that someone had put a lot of effort and acted very carefully, trying not to give the baby a single chance of salvation. 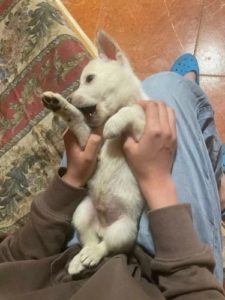 In the box, the baby was crying, trying to call his mother for help. But gradually he had no strength left, and the air was getting less and less. The baby was slowly dying. 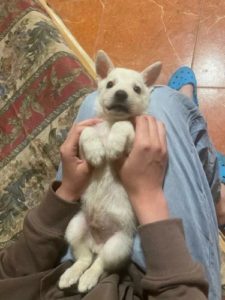 It is not clear why the puppy deserved such a fate and how he could have been condemned to die alive. The puppy was too small and weak to stand up for himself. 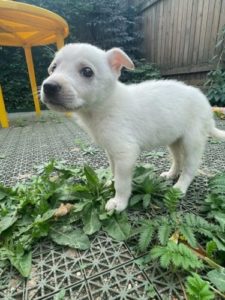 The baby’s quiet squeak was heard and he was taken out of the box. The white dog weighed less than a kilogram. He didn’t even have the strength to cry. Or maybe he was just afraid to make a sound. After all, he didn’t know at all what to expect from people. 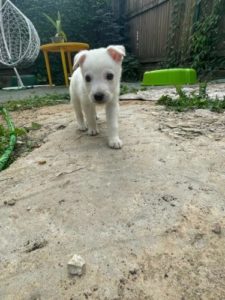 After almost dying in the box, now the puppy will live, and I want to believe, will be happy. 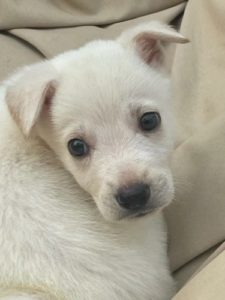 The baby was named Isaiah. He was found a temporary home where he is cared for and fed. So far, everything in the baby’s life is temporary. But we want to believe that he will find permanent owners and a home. The little guy is very vulnerable. He will not be able to survive on the street. That is why finding a home for him is a top priority.