There are many societies in Belgium that specialize in the protection of homeless animals. “Cat Shelter Limburg is one of them. But the people working there are only interested in rescuing cats.

The organization recently received a call from a man. The man found a little black kitten on the street completely by accident. He could not take the pet home, but sincerely wanted to help him. So he asked the volunteers to take it upon themselves to help the little one. 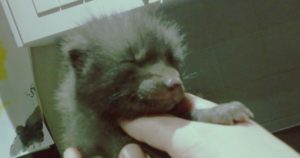 A girl named Martina Vos works at Cat Shelter Limburg. She was the one who came to pick up the baby. But even she could not have imagined that this story would be radically different from all the rescue operations she has been involved in before…

So, the girl arrived at the specified address. She took the kitten and asked the man exactly where he had found the baby. Martina searched the area hoping to find the crumb’s mother. But unfortunately, the cat was nowhere to be seen. Most likely, he was an orphan… 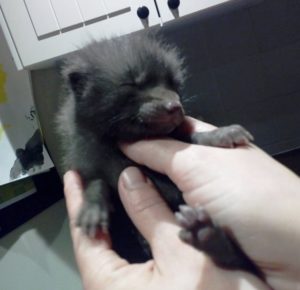 The girl carefully took the baby in her arms, put him in the car, and suddenly realized that something was wrong with him…

The baby was quite large – even too large for a cat cub. Then Martina began to examine him more closely.

“And its face doesn’t look like a cat’s face, either!” – she thought… 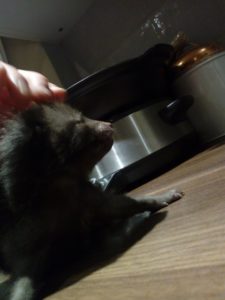 The girl took the baby to the vet, hoping that the doctors would tell her what she had picked up on the street. But even experienced veterinarians did not know what kind of animal was in front of them.

One thing they could tell for sure was that the foundling was definitely female.

But Martina wasn’t satisfied with that answer, so she went to the wildlife center. That was the only place they could help her!

What do you think the animal was?
After a brief meeting, the experts recognized it as a baby fox!

Such confusion occurred because the beast was not a redhead. But this is normal, since babies have dark colored fur, and the ears are small. Indeed, at a tender age they can be confused with kittens. 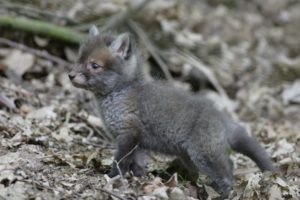 The news excited the girl! Martine’s last name means “fox” in Dutch. Besides, all her life she had dreamed of meeting a live fox and holding it in her arms, and now her cherished wish has come true!

The little fox was given to a British shelter for wild animals. There the little fox will stay until she grows up and gets stronger. After she is able to get her own food, she will be released into the wild.

Martina is sure that soon the baby fox will gain strength and be in her native habitat, and then she will give birth to many charming cubs. 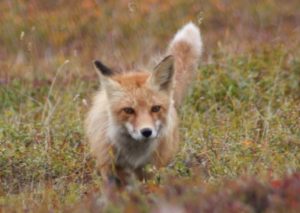 The most important thing is that the “kitten” survived thanks to the participation of concerned people in his fate!

Would you have guessed that it wasn’t a cat at all, but a cunning fox?