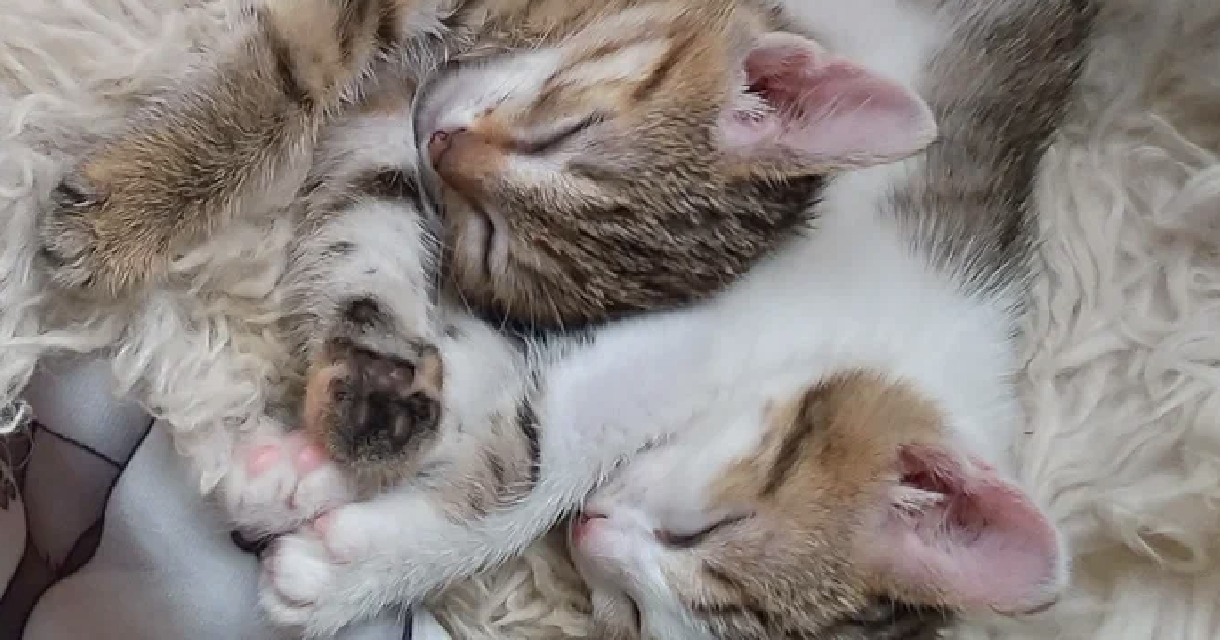 The kittens were brought to us in two so that we could choose our own pet. We were told in advance that the babies were twins and asked if we wanted to take two at once. 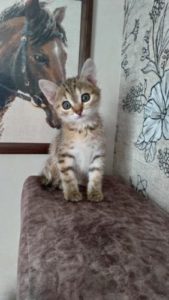 Later it turned out that everyone but me knew that I would end up settling for both. I was convinced that I could choose one. The thought of taking on the responsibility of two little ones terrified me. After all, they are just babies and require a lot of attention and care. All my plans were shattered after the first sight of the kittens. 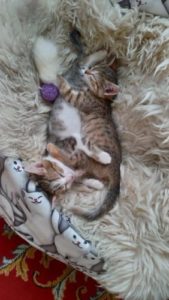 Animals rarely accept a new person and a new place right away. They need time to adapt. In our case, the situation was quite different. The babies immediately went to my arms and began to kiss me, and then together went to the bowls of food. Carefully examined the babies, we doubted that they were from one litter. After all, the gray girl was much smaller than her sister.

There really was a lot of fuss with the babies. The white cat lay down under my husband’s side after eating and fell asleep, but the gray one demanded to be lulled to sleep. And she fell asleep only in my arms, pressed her nose to my palm. 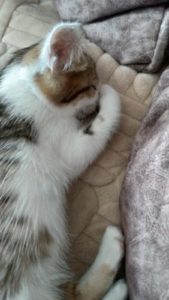 Both babies are still looking for their mother. This is evident in the way they bite my finger.

The little gray baby behaves as if she has been hungry for a long time. She eats quickly and greedily, as if she’s afraid she’ll never get enough of it again. We had to hide the dog food away. After all, the little one even attempted to eat it. 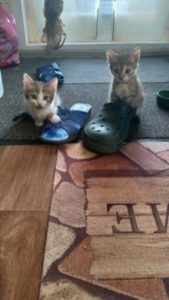 After eating, the little girl immediately runs to her little sister and lies down to sleep next to her. It was just impossible to separate this beautiful pair. So we kept both kittens.

The kittens always looked at us very carefully. Every time they opened their eyes, it was as if they were trying to make sure we were all there.

ANIMALS 0 53 views
On the way home, Catherine and her husband stopped in a field. Getting out