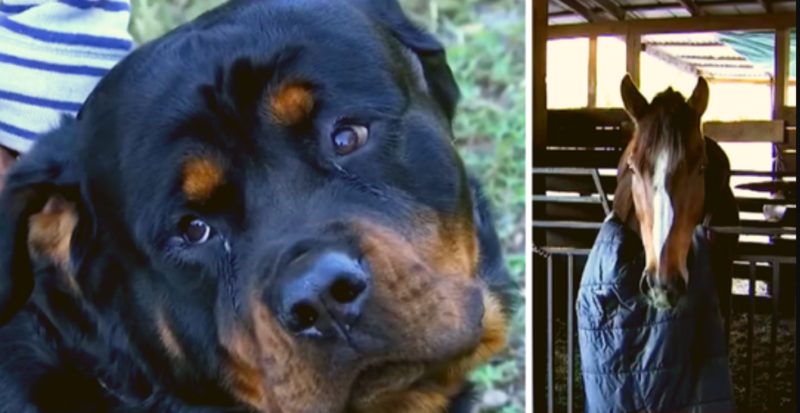 A woman from Florida named Brenda Kramer woke up abruptly early Sunday morning. She woke up to the loud barking and furious growling of Rottweilers and ran to the barn, where all this noise came from. She was shocked to discover that someone had made a daring attempt to steal her horses. According to Brenda, they could have slaughtered them for meat. Brenda lives on the outskirts of Zephyr Hills in Pasco County. She believes that it was her quiet place that caused the attacks of three potential slaughterers of her horses. The intruders entered the barn through a low side door.

When Brenda ran to find out why her Rottweilers were barking, she found that the electricity was also turned off in the stable. One of her horses still had a rope tied to its neck, indicating that the Rottweilers had interrupted the attackers in the middle of their work. Continuing to examine the horses, Brenda found signs of a struggle, including small cuts and scratches on the horses.

If it weren’t for the Rottweilers patrolling the area, there is no doubt that this story would have had a much more tragic ending. Rottweilers also did not come out of the fight unharmed. One of the dogs, while fighting with intruders, received two stab wounds just above the left eye.

Unfortunately, horsemeat can be quite expensive on the black market, which, according to police, is the reason for the attacks.

Although Brenda was lucky that her loyal Rottweilers repelled the attackers, there are others who were not lucky.

In several cases in neighboring counties, people woke up to find that their horses were missing or worse, had been partially slaughtered. The local Pasco County police are investigating the incident, but, unfortunately, they do not yet have sufficient evidence to link a series of horse murders with each other.

In the meantime, they are urging all horse owners in the area to be on their guard. Horse owners should think about making sure that all entry points to their possessions are safe, install spotlights with a motion sensor and be sure to listen to their dogs, if there are any.

Brenda’s horses are safe thanks to her wonderful Rottweilers.