We think it’s hard for cats to survive outside, whereas life in a house is more familiar and comfortable for them. After all, they are warm there, they have food, and they are taken care of. Unfortunately, this is not always the case. 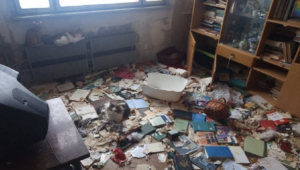 Sometimes people get so caught up in wanting to save all the animals around them that they don’t calculate their own strength. As a result, animals end up in a home, but the conditions there are such that they often starve, get sick, and die much earlier than nature intended. 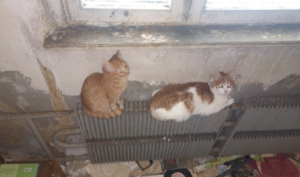 Today Wilson the cat looks great, but it wasn’t always like this. He used to live in an apartment with dozens of other cats. The house was a mess. The animals were poorly taken care of. That’s why Wilson was skinny and always dirty. In this house, the cat had shelter and nothing more. There was not enough food for all the animals. No one played with them, washed or combed them. Neither did the owners take the animals to the vet. 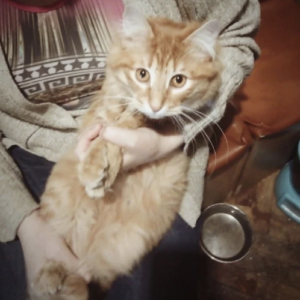 Even the pictures of the apartment where the cats lived are horrifying.

When volunteers learned about the overcrowded apartment, they set about resettling it. That’s how Wilson ended up at the Murkosha Center.

The cat was treated. In particular, they dealt with the cat’s neglected eye infection, vaccinated and provided the necessary care and a balanced diet. 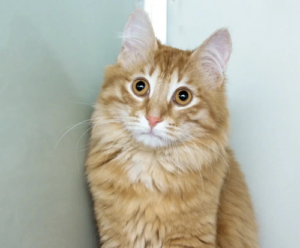 Wilson became a real redhead, so he was able to find a family very quickly, though only on the second attempt. The first family could not cope with the active pet, but the second family accepted him as their own. 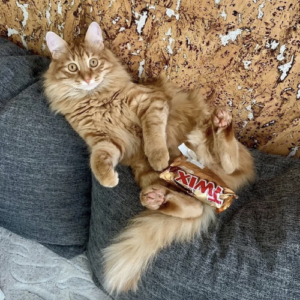 If you look at Wilson’s pictures from when he was living in a crowded apartment and the pictures of what he looks like now, they seem to be different animals.