This poor dog named Higgins spent 2,381 days in the shelter, and no one noticed him until he met Brandon.

When Higgins first came to the shelter, he was a little puppy and was immediately adopted. Unfortunately, it didn’t become his permanent home. Higgins later returned to the shelter. Apparently, in his first home, he was kept chained to a dog kennel.

“For a long time no one came for him, no one cared about him. It was only 2381 days later that Higgins was adopted.” 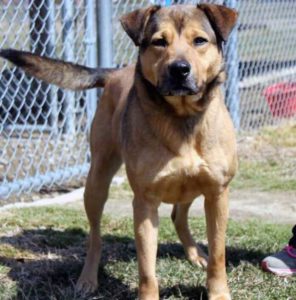 Over and over again, Leslie heard the same phrase when the subject of Higgins came up:

The shelter’s oldest resident had spent most of its life behind the bars of the kennel. But Leslie wasn’t going to give up until she found Higgins a permanent home. 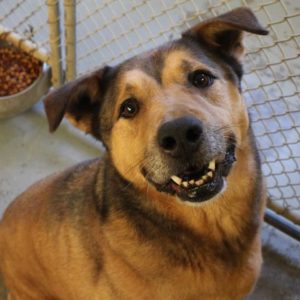 Leslie knew she had to be patient until the right person showed up. But time after time poor Higgins was ignored. Leslie said:

“People are looking for puppies or dogs that are six months old. When Higgins came back, he was a year old, then two, then three.” 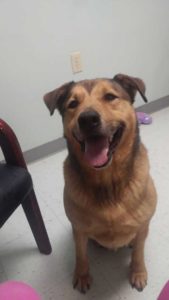 After such a long stay at the orphanage, potential adopters assumed there was something wrong with Higgins. Why else would he have stayed there year after year?
Then, on day 2381, Brandon Reed, a fellow 22-year-old who had just purchased his first home, walked into the shelter. He said: 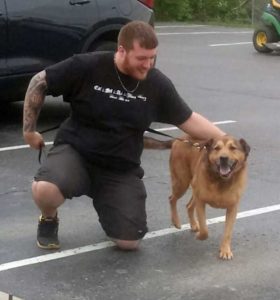 After seeing Higgins’ picture on the Internet and hearing his story, Brandon realized that Higgins was the only dog for him. He said :

“He was a very beautiful dog. He just looked so nice…I don’t know how he wasn’t adopted.” 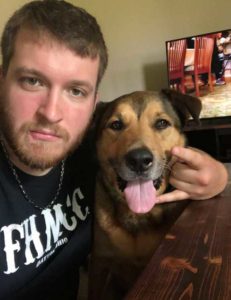 After six and a half years, Higgins was finally able to sleep on the couch, watch TV, run around his own garden, and roll around in the grass. 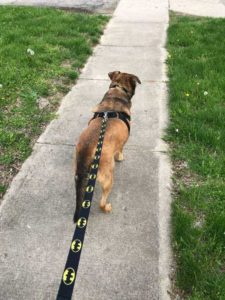 Now Higgins knows what it means to have a daddy who loves him and every day makes him feel safe. 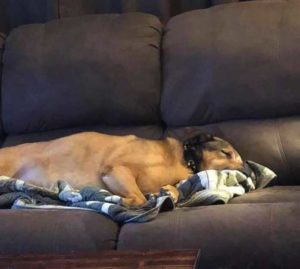