Three weeks ago, Victoria from Maryland went out to walk her dog Turbo before work. It was a cool rainy morning And as soon as she left the house, the woman heard a thin squeak. 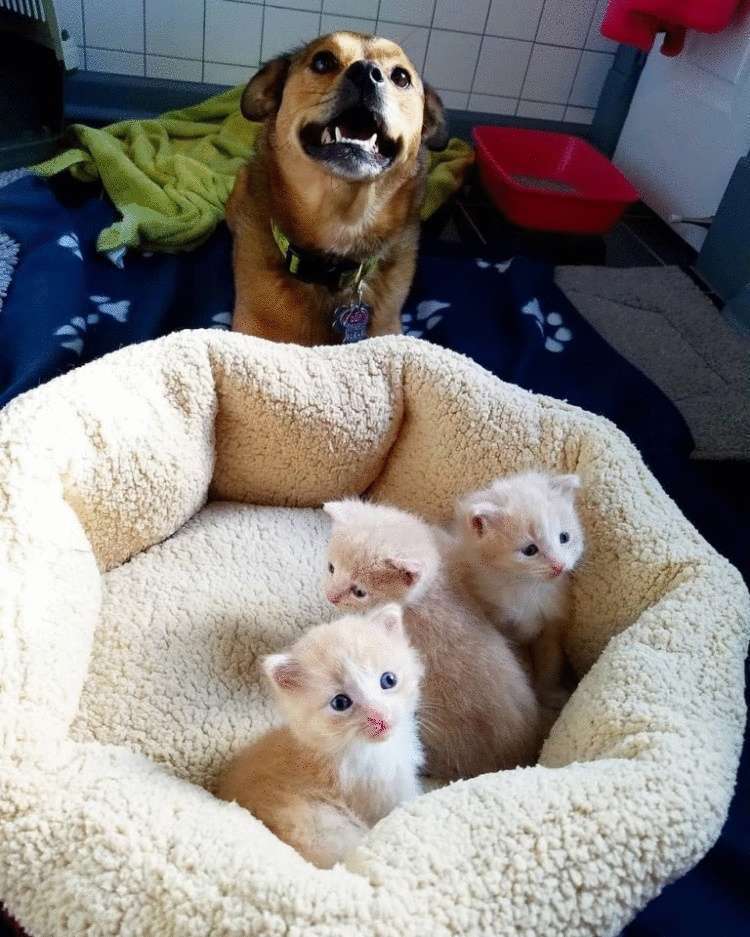 After a little searching, she came across a small red kitten lying on the path. She picked him up in her arms. But then the dog Turbo took off and ran up to a pile of old leaves in the corner of the yard. There were two more kittens lying there.

The kittens were wet and very cold. There was no cat in sight. Apparently she hasn’t approached the kids for many hours. The kittens also turned out to be very weak and they needed urgent medical attention. Victoria took a day off from work and went to the vet clinic with the kittens. 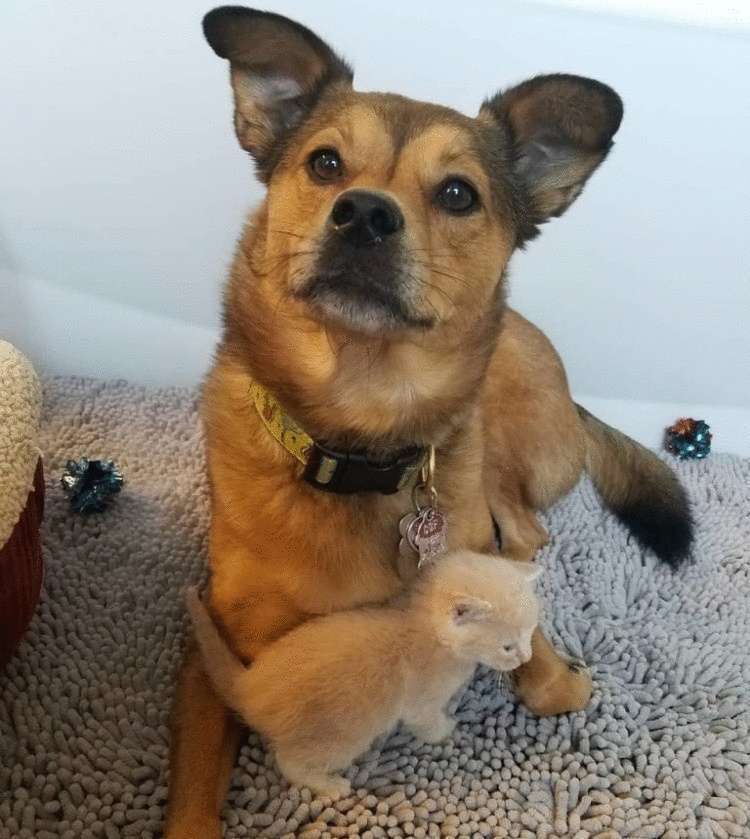 After the clinic, Victoria brought the kittens to her home and arranged a warm soft bed for them. There were three kittens, all of the same light red with white spots of color. 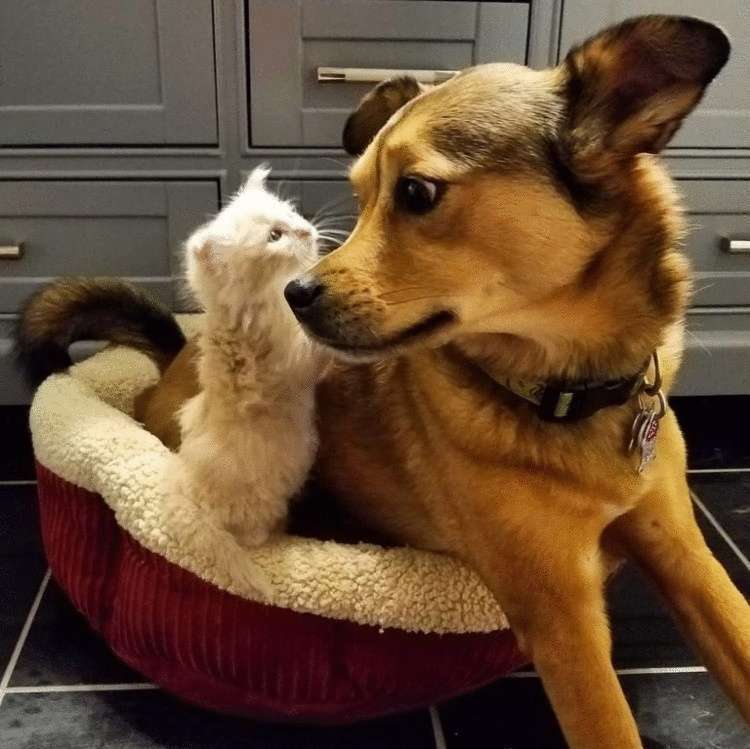 The dog Turbo immediately began to spin around the kittens, also wanting to take part in their nursing. 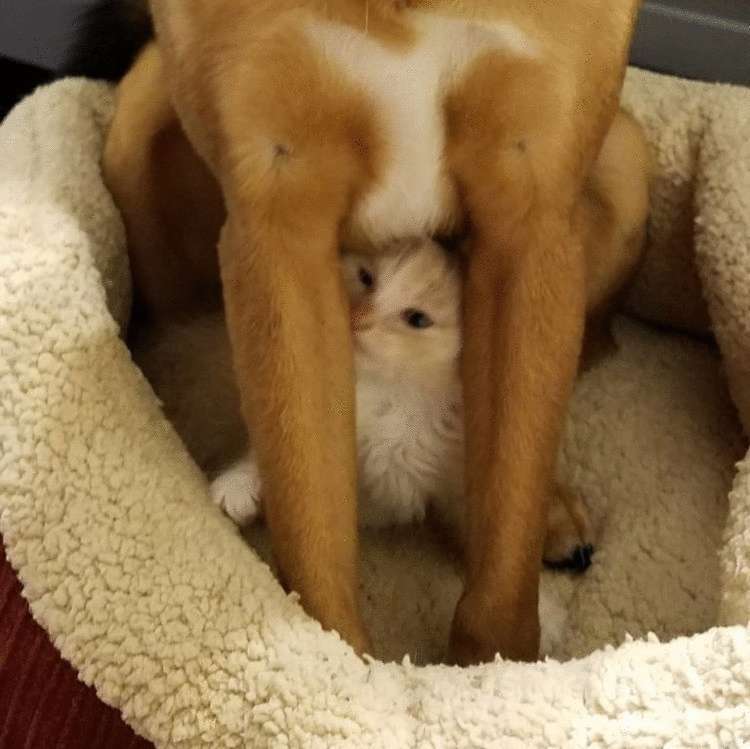 The kittens were already quite active. 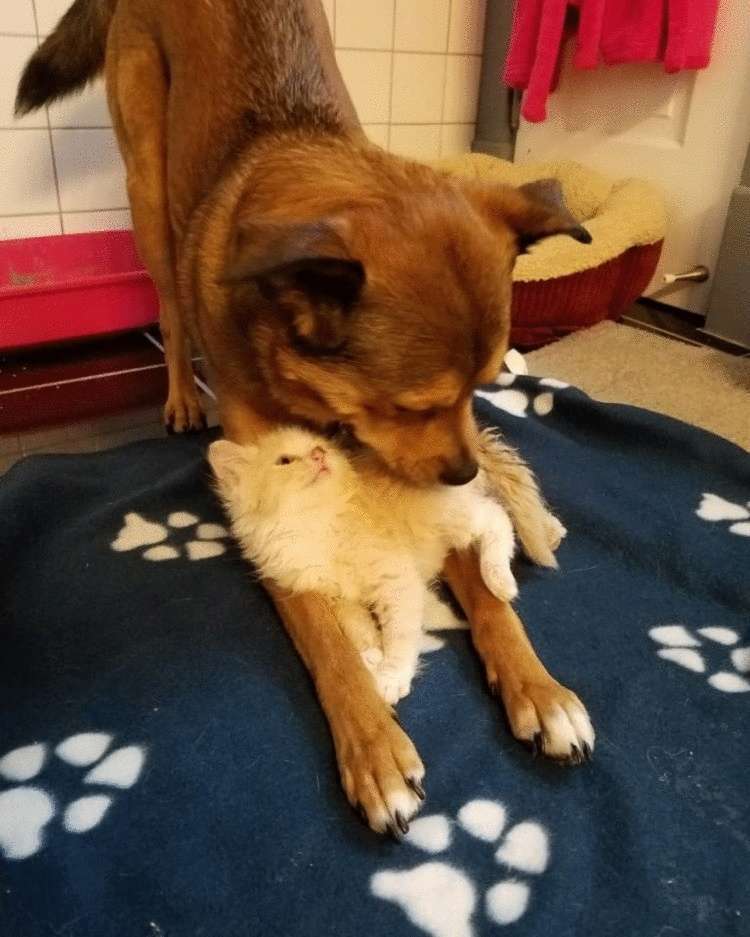 Turbo now spends time with these kittens all the time, and they quickly began to reciprocate, playing with the dog and falling asleep next to her.Kittens grow up quickly, and Victoria is already looking for permanent owners for them. 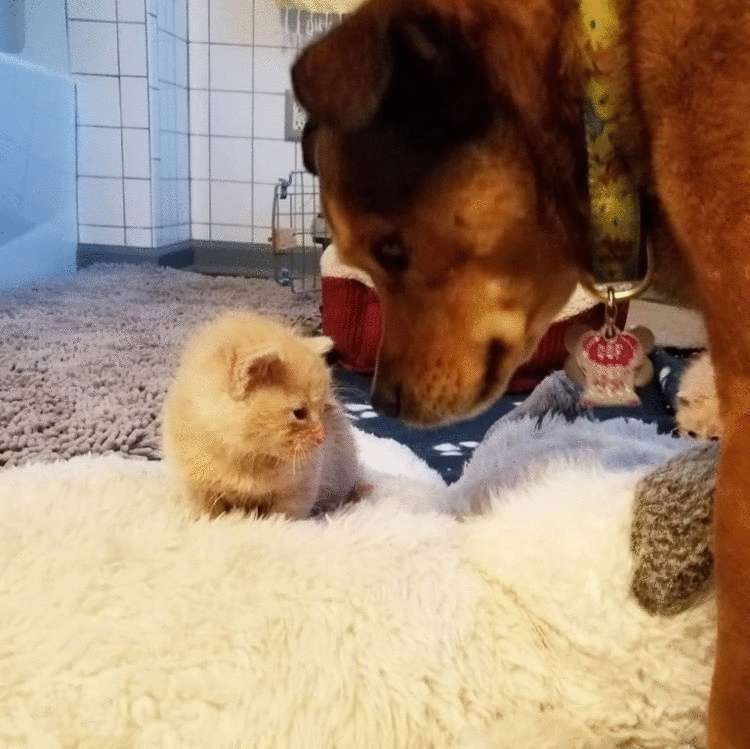