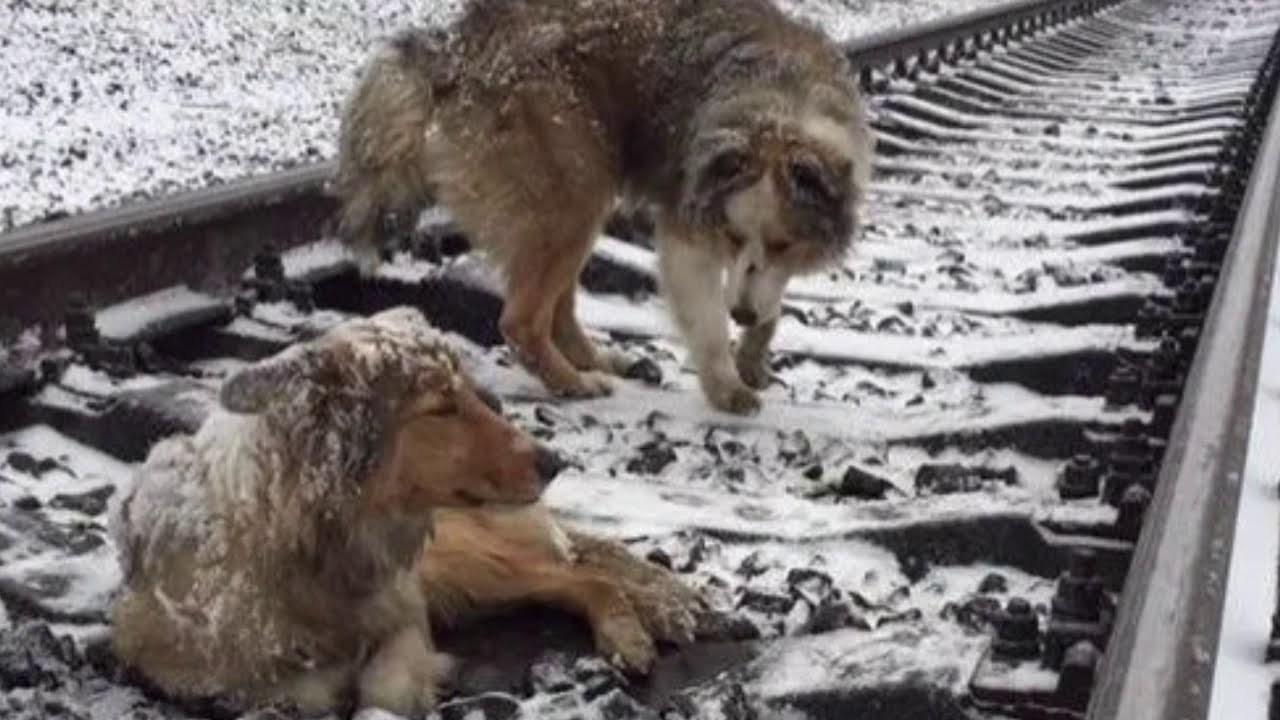 This amazing story happened in the Uzhhorod district of Ukraine. Residents of the town noticed two emaciated dogs on the railway tracks. When people started watching the animals, they were amazed by the dedication of the dog, who did not leave for two days and protected his injured girlfriend. 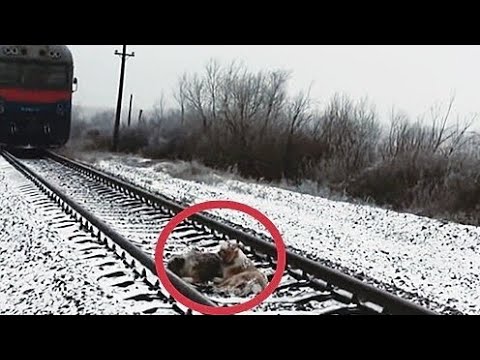 This is followed by a story by Facebook user Denis Malafeev:
“… upon arrival, it turned out that one dog was injured by the train, and unable to move independently! Several attempts to remove the animal from the rail turned out to be in vain, because the dog protected her from us in every possible way!!! At the moment I saw an oncoming train and I felt uneasy! Hearing the signal of the driver, the male approached the wounded dog, snuggled up and lay down next to her! Both animals lowered their heads pressing them to the ground and the train passed!!! Guys, the dog did it for 2 days in a row! Just think about it!!! He warmed her for two days so that she wouldn’t freeze and put himself in danger every time!!! I do not know what to call it; instinct, love, friendship, loyalty. I know one thing; not all people can do that!!! This is instructive for us!” 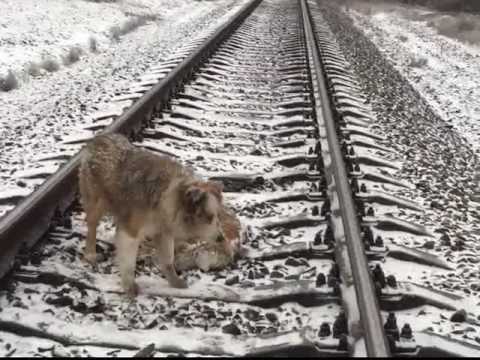 But the most surprising was the moment when the train was approaching the dogs. Then the dog pressed his paws to his girlfriend to help her survive the danger.

Fortunately, the guys managed to take the dogs from the tracks to the shelter. They fed them, warmed them up. The next day, there were also owners for these four-legged ones.