A dog named Kala was a guard dog in a shop near San Jose, Costa Rica. The mechanic never took her to the vet or fed her daily. 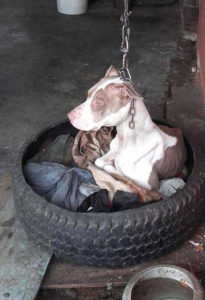 She was exhausted to the point where she could not stand on her own feet. And when she sat up, the short chain around her neck prevented her from putting her head on the floor.
Kala’s health was getting worse and worse, and she even began to have trouble breathing. 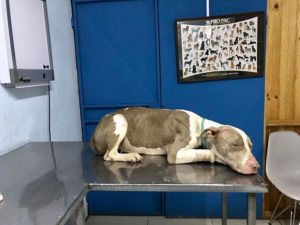 Fortunately, neighbors rescued Kala. They contacted the local police and the Territorio de Zaguates dog shelter. The police removed Kala from the property and took her to a veterinarian. She was treated for wounds from a chain around her neck and severe malnutrition. Even after she was rescued, Kala’s struggles were not behind her. 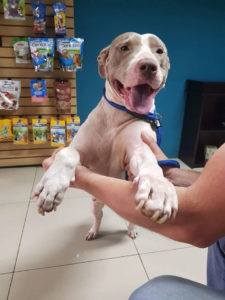 In June, people sneaked into the sanctuary, trying to do away with several dogs using poisonous sausages. While 16 dogs failed to survive, this resilient pup survived. Her size probably helped her tolerate the dose – or she ate only a small bite. Kala has since moved into foster care, where she is now surrounded by love and attention. Kala has become quite mischievous. But her owner loves it. Leah Battle, founder of Territorio de Zaguates, has saved countless dogs in her life. And she will save many more. But Kala’s story particularly inspires her. This rescue is an epic battle of good versus evil and hate versus love. And in the end, as always, love wins.