A few months ago Ulises decided to go to La Cocha to do some business.

Ulises began working with Brigadier Thomas. Sophia and Yoli, Thomas’ daughter, asked permission to go to a giant fig tree, 650 yards from the main house, to pick and eat some figs.

They ran to it. Yoli was much faster than Sophia, so she got to the tree first.

Yoli climbed to the highest branch she could, knowing that the best figs usually grow at the top of the tree. There was only one problem. She wasn’t the only one who had climbed that tree.

When Yoli was about two feet off the ground, she heard the tree branches breaking. She looked up and saw a large cougar leaping down the upper branches.

The animal struck the child with its paw and Yoli fell on her back from a height of 2 meters. Puma jumped to the ground, roaring and looking at Sophia, Ulises’ daughter, who had just reached the tree. Then Puma jumped in Sophia’s direction.

None of the children knew that Morocho, one of Ulises’ best dogs, was following them playfully, tail wagging. 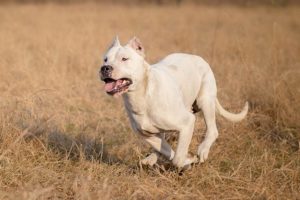 The puma was standing on the ground when Morocho jumped on it and grabbed it by the throat. The two beasts clashed and began to fight. The children started screaming.

Ulises said, “The first thing I thought was a poisonous snake.” The man told Thomas to run up the mountain while he drove himself to the tree.

Thomas reached the tree first. Morocho pinned the cougar to the ground and snarled viciously at it.

Then Thomas knelt down, pulled out his knife, and killed the cougar.
There were many bruises on Yoli’s body and several scars from the cougar’s paws. Sophia was petrified with horror, but unharmed.

Morocho got a few scars and bruises. 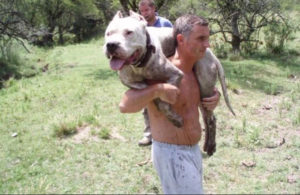 It turned out to be Puma, who had killed some of Ulises’ brother’s sheep last spring.

They looked for it all over the mountains, but they couldn’t find it. They didn’t think the animal could be so close to home. Morocho, who defeated the puma and saved the children became a legend. 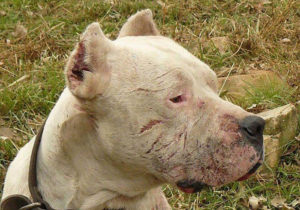