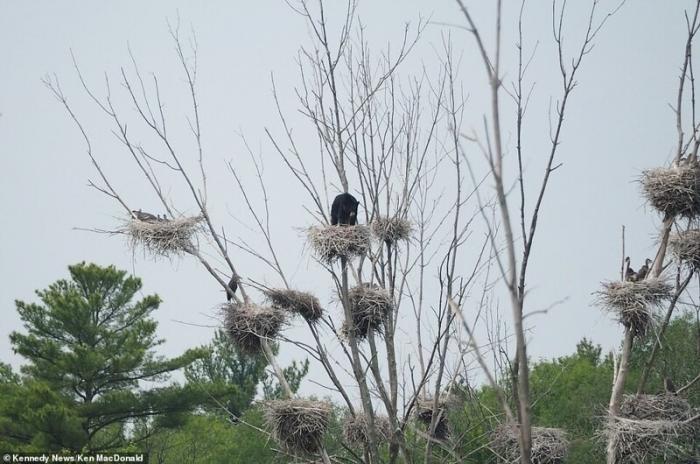 In Canada, a baribal or a black bear was filmed, which decided to occupy a bird’s nest. Before that, the bear managed to climb a 20-meter tree. While the herons in the surrounding nests looked at the new neighbor with disbelief, the bear balanced on a tree. 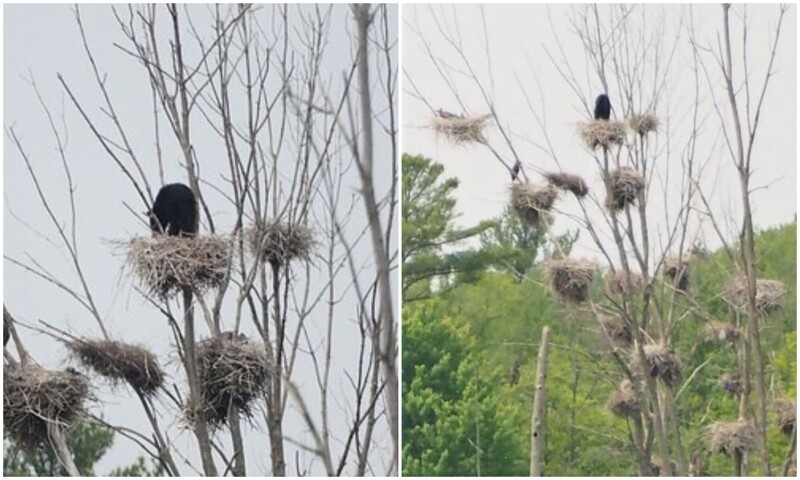 This scene was noticed by residents of the town of Severn in Canada. An elderly married couple, Ken and Susan McDonald, were walking near the forest, and suddenly saw a baribal in a nest at an altitude of about 20 meters. The bear got there for natural reasons – in search of food. But the couple saw this for the first time. 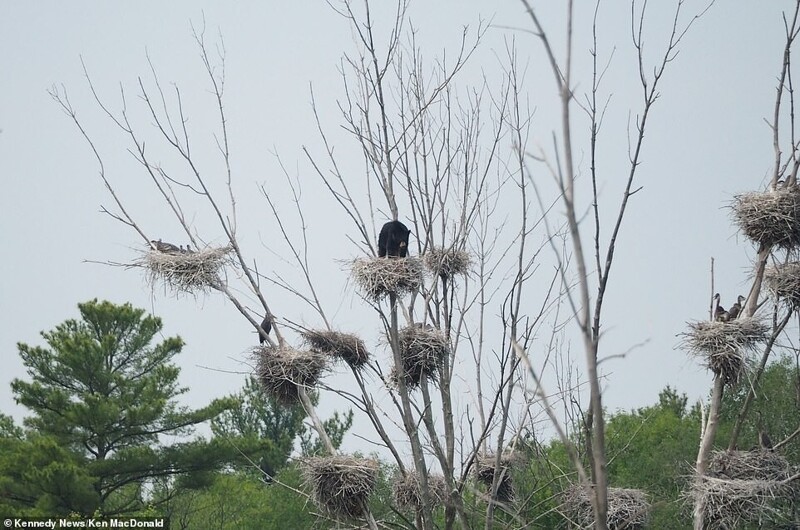 All the surrounding nests were occupied by adult herons, who looked at the bear with disbelief. Baribal, meanwhile, was digging in the nest. The couple assumed that the bear had eaten eggs, or perhaps he had not found anything.

“Everything happens according to the laws of nature, but we are concerned that baribalas can harm an entire family of birds. Such behavior, in principle, is not typical for them,” said an eyewitness Ken. The couple watched the bear for about an hour, and all this time he was in the nest. Then they left, and they don’t know how long the bear stayed there. But two days later they came to the same place, and the bear was no longer in the nest. Ken assumed that with the onset of darkness, the predator went down and left. Meeting with an adult heron can be dangerous for him, because they have powerful beaks.

“Baribalas are omnivorous and will take any opportunity to get light food. After hibernation, they can feed on plants. And when everything dries up, and the berries are not ripe yet, they turn over the stones and look for ants. And they can also attack birds or chicks. But to climb a 20-meter tree, they need to be very hungry,” says Ken. The couple determined that it was a young individual. A more mature bear would not have been able to climb so high up a tree. 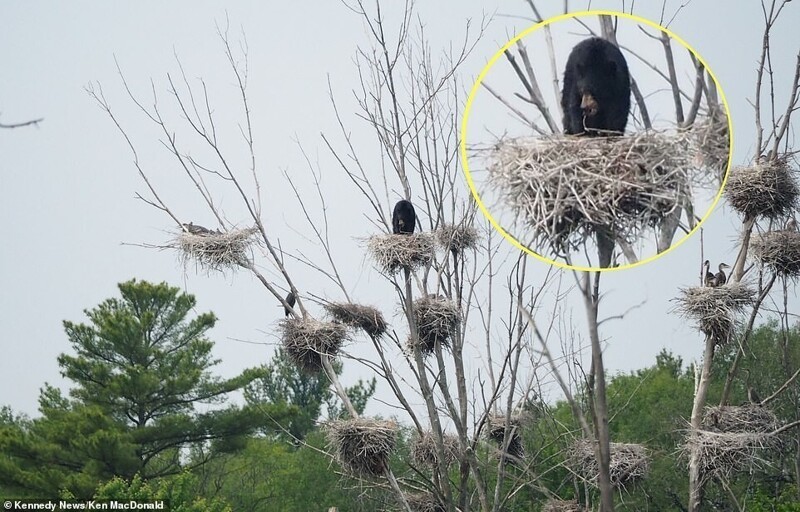